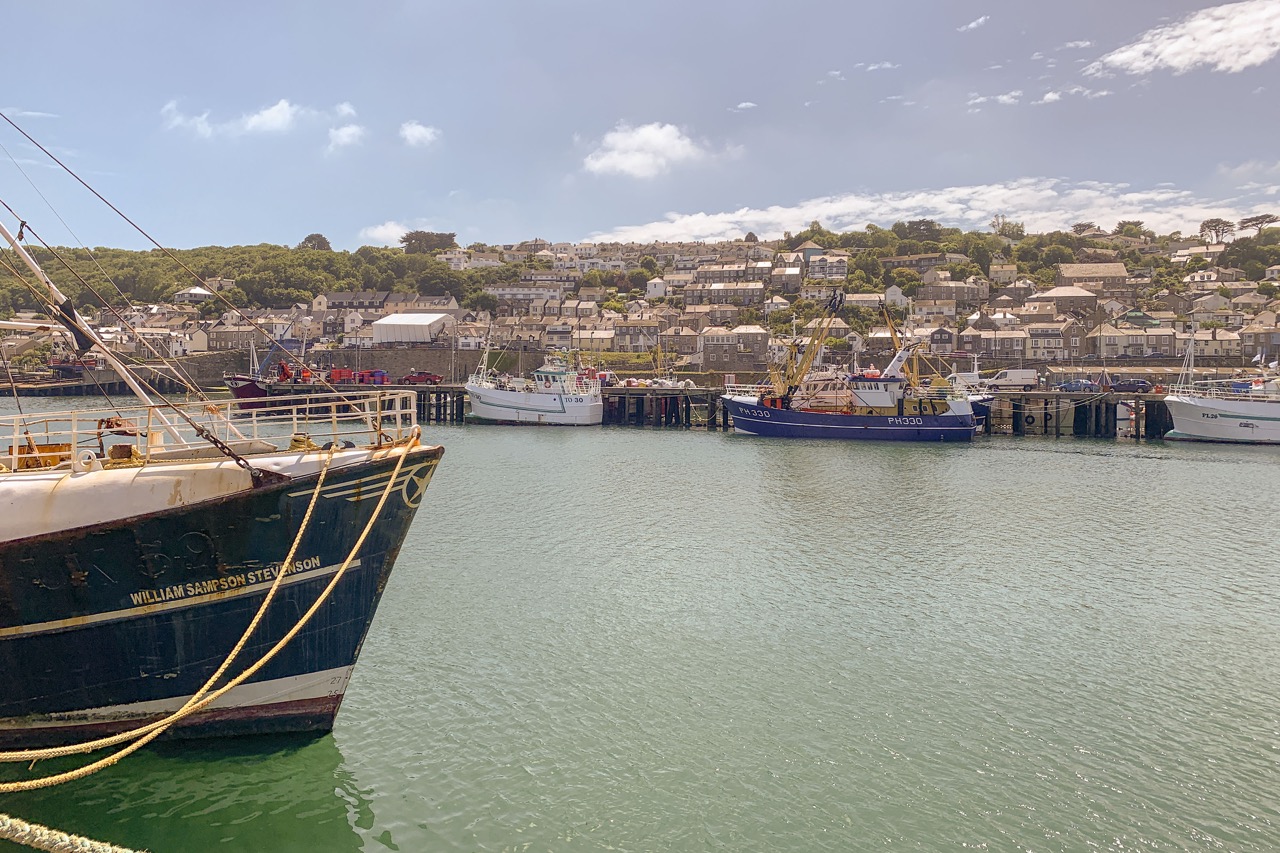 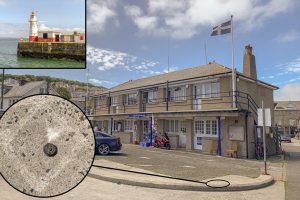 The Harbour Office (at far end of the building), Bench Mark, and (inset) the lighthouse and tide gauge location.

I’d passed signposts to Newlyn whilst driving from Chysauster to Sennen and I decided to return there and find “Ordnance Datum Newlyn” to which Ordnance Survey land heights are referred. The person in the Harbour Office found her shoes and took me outside to show me a Bench Mark set in the concrete kerb. She remarked that perhaps they should polish it! Apparently the tide gauge (used to establish the mean sea level) is in the building next to the lighthouse on the southern pier which is not open to the public. 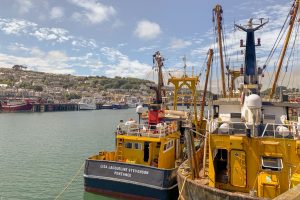 I was surprised at the number of fishing boats in the Harbour but I guess it’s only a fraction of what once were there.

Driving back towards Falmouth I made a short detour to look at Porthleven Harbour. The Inner Harbour is protected by wooden “Balks” which slide down grooves in the Harbour Gate. 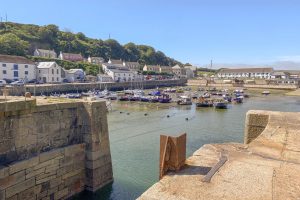 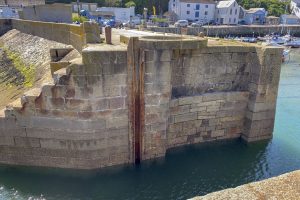 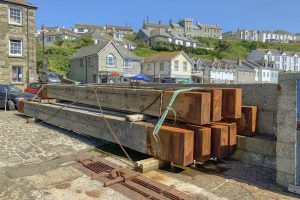