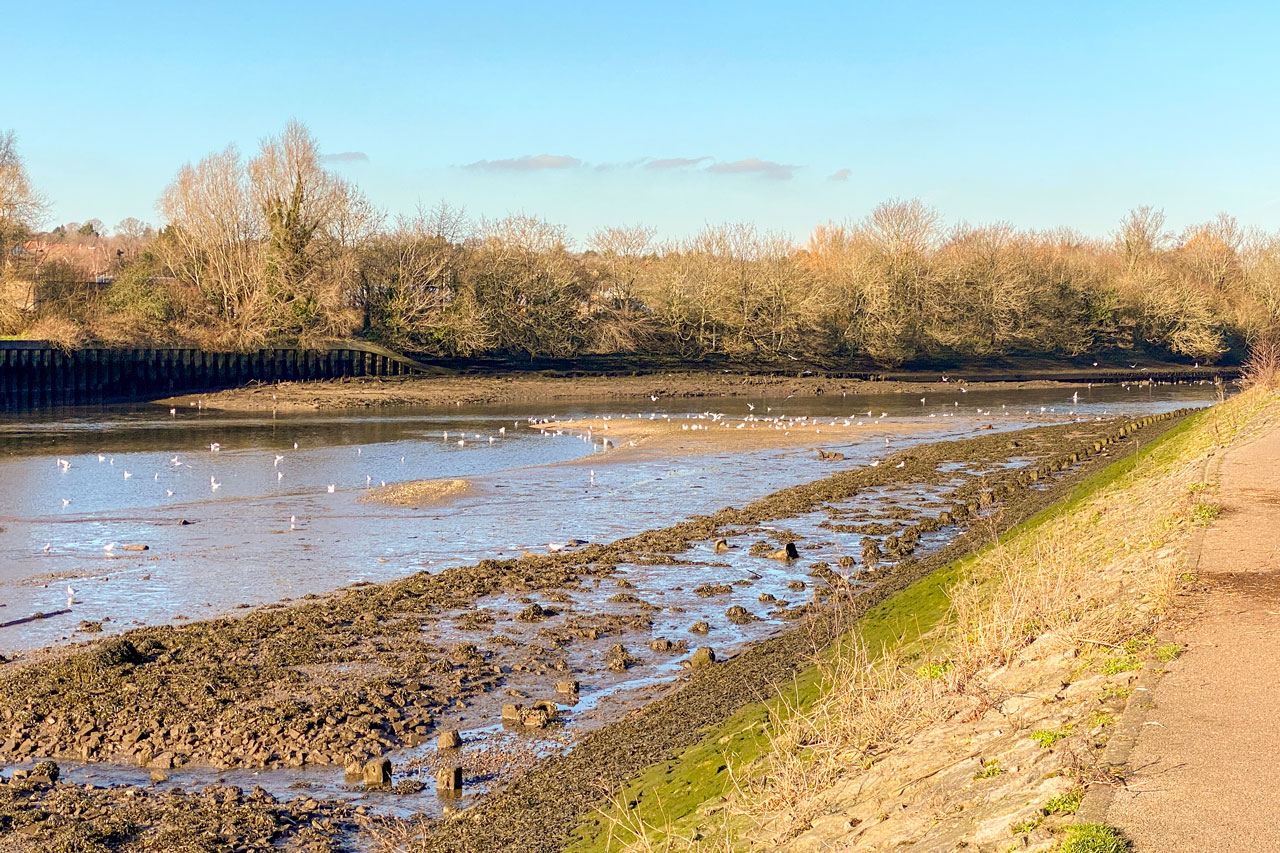 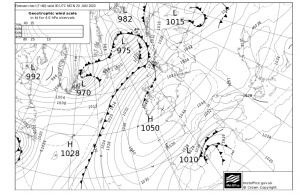 Met Office forecast for 00Z on the 20th January.

The Met Office forecast chart for 00Z on Monday 20th January showed an anticyclone over southern England. The central pressure of about 1050mb would be close to the highest value ever recorded in the UK ( 1053.6 at Aberdeen in January 1902 – Wikipedia ). Atmospheric pressure alters the height reached by the tide by about 1cm for every mb departure from the mean value (about 1016mb for the south coast of the UK – the Southampton tide tables use 1020mb). This is known as the “Inverse Barometer Effect” (“IB”) since low pressure makes the tide rise higher and high pressure decreases tide levels. So for 1050mb one might expect the water levels to be decreased by 30cm or more. 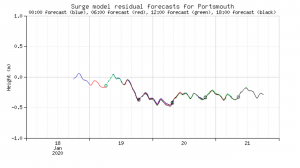 The NTSLF surge forecast for Portsmouth showed the expected IB effect as a depression of sea levels from evening on the 19th onwards. The Met Office forecast proved good; I measured 1049.5mb just before midnight on the 19th January with pressures remaining over 1045mb for most of the 20th January. 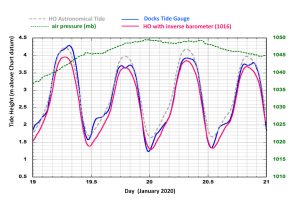 The graph shows the Hydrographic Office predicted tide for Southampton (in grey) and what would be expected after taking the IB effect into account (in red). The latter was in reasonable agreement with the observed values on the Docks tide gauge (blue line). The latter have not been corrected for the apparent offset compared to the EA Woolston gauge which might decrease the agreement slightly.

Pressures were still over 1045mb on 21st January when I went for a walk in Riverside Park. The water levels in the tidal part of the river looked more like they would for a very large spring tide. Ironically on the freshwater part of the river there were some Environment Agency guys measuring the river flow with a radio controlled boat equipped with an Acoustic Doppler Current Metre. 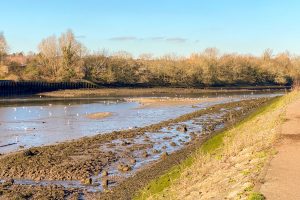 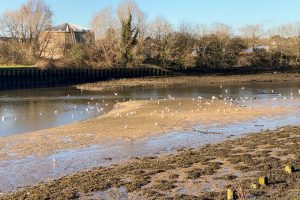 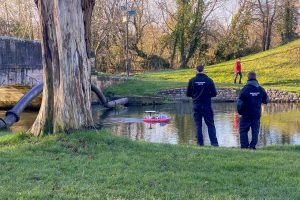 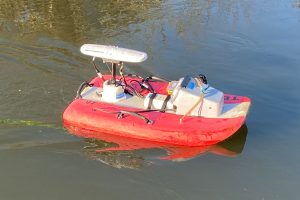