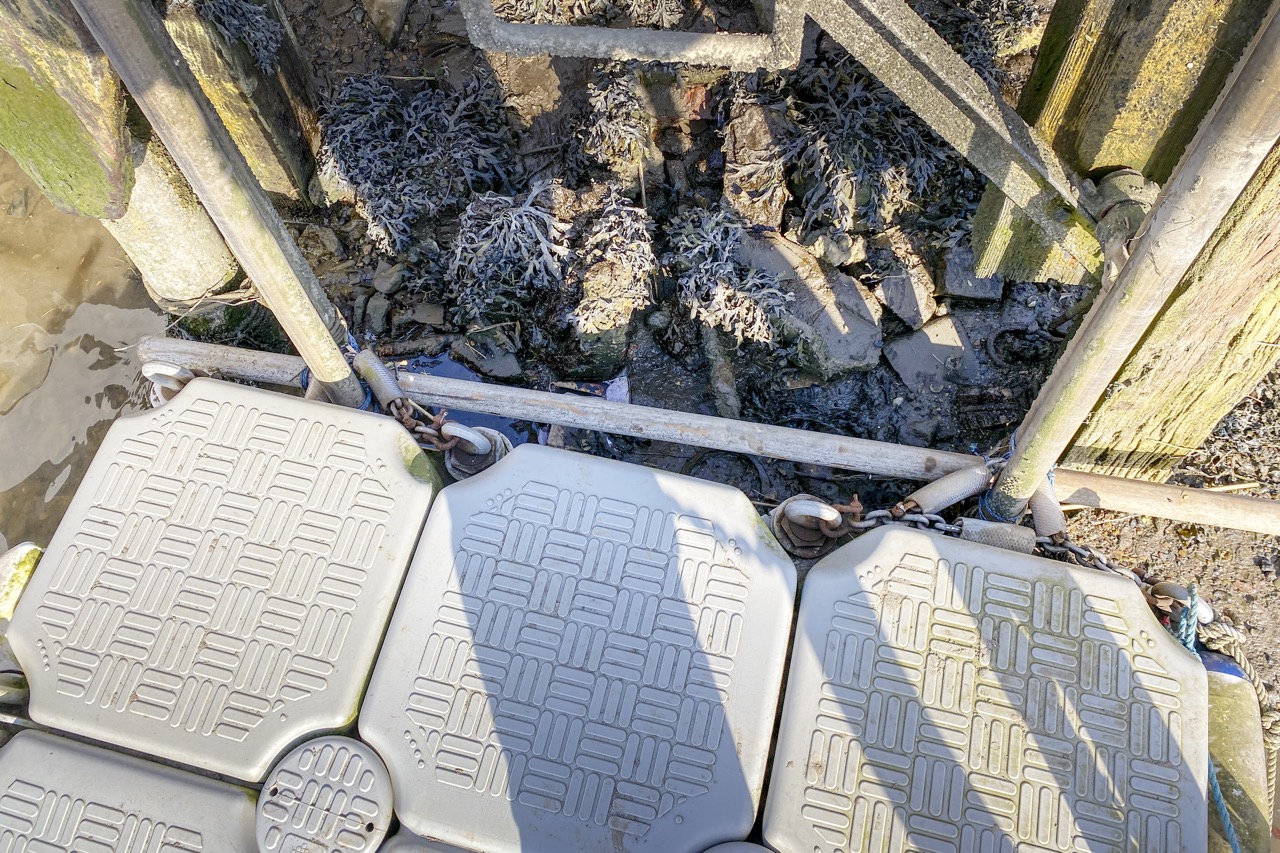 Monday 23rd March and I didn’t go walking in the park over the weekend since I thought it would be more crowded than during the week. It was the first sunny weekend in living memory, or at least since September. The TV showed huge crowds, who had gone out to London parks or had driven to the seaside, all jostling together despite the Government saying that we should all stay at least 2m apart.  As a result the PM was expected to announce new “lock-down” regulations on Monday evening, which he did, but with still so many exceptions as to make the new regulations unenforceable. 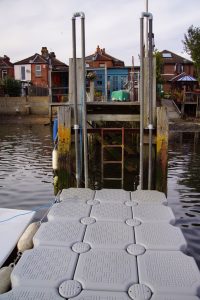 Anyway, I was going to catch up with some exercise with a, possibly last, Monday walk.  However when I went out to the jetty first thing that morning, I noticed that the pontoon was at an odd angle and one or the planks of hard wood, which keep the corners of the pontoon from catching on the jetty, was out of place. With the easterly winds which have accompanied the anticyclone, and my “temporary” repairs to the pontoon mooring system since the winter storms, the southwest corner of the pontoon must have got caught up.

The pontoon mooring system consists of two pairs of vertical scaffold tubes each about 5m long. The inner tube of each pair is attached at various points to the jetty and the outer tubes are only attached at the top and bottom to the inner tubes. Thus chains attached to the pontoon are free to slide up and down the outer tubes which are plenty long enough to allow for the normal tidal range plus any storm surge.

At least that was the original construction. After a few years use the bracing tube at the bottom of the tubes completely rusted away and I did a “temporary” fix using lashing. I’m embarrassed to say that was back in November 2016. However the lashing did it’s job until this year’s gales when Storm Ciara necessitated some more lashing. The new fix was proved adequate for SW gales but was obviously inadequate for easterlies. 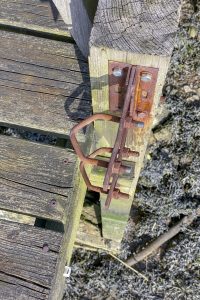 So today I decided to insert a horizontal scaffold tube and lash the bottom end of each of the vertical tubes to it. The only suitable tube I could find was holding up the old Davis weather station”integrated sensor unit” so I repositioned that on the pole supporting the new weather station. The pole I needed was held in place by  TV aerial mounting hardware. I find that stuff amazing, we used to use it on the research ships and, no matter how rusty, it always seemed possible to undo the nuts. Same again on this occasion. Looking at it you would think it was an angle grinder job, but a large adjustable spanner did the trick with little effort.

Given the confined space, it was tricky scraping the barnacles off the vertical tubes and doing the lashing. However now it’s done and so far it seems to be working well. I’m in two minds whether to eventually replace the lashing with proper scaffolding connectors and tube. Given the way the original rusted away and how well the previous lashings lasted, I may stick with using lashing. 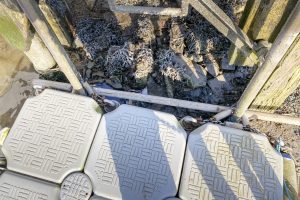 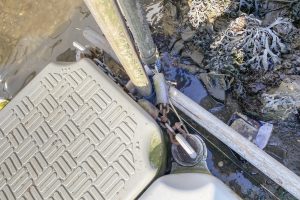 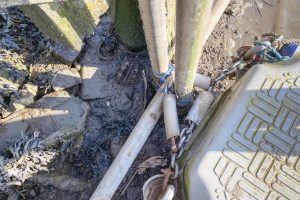