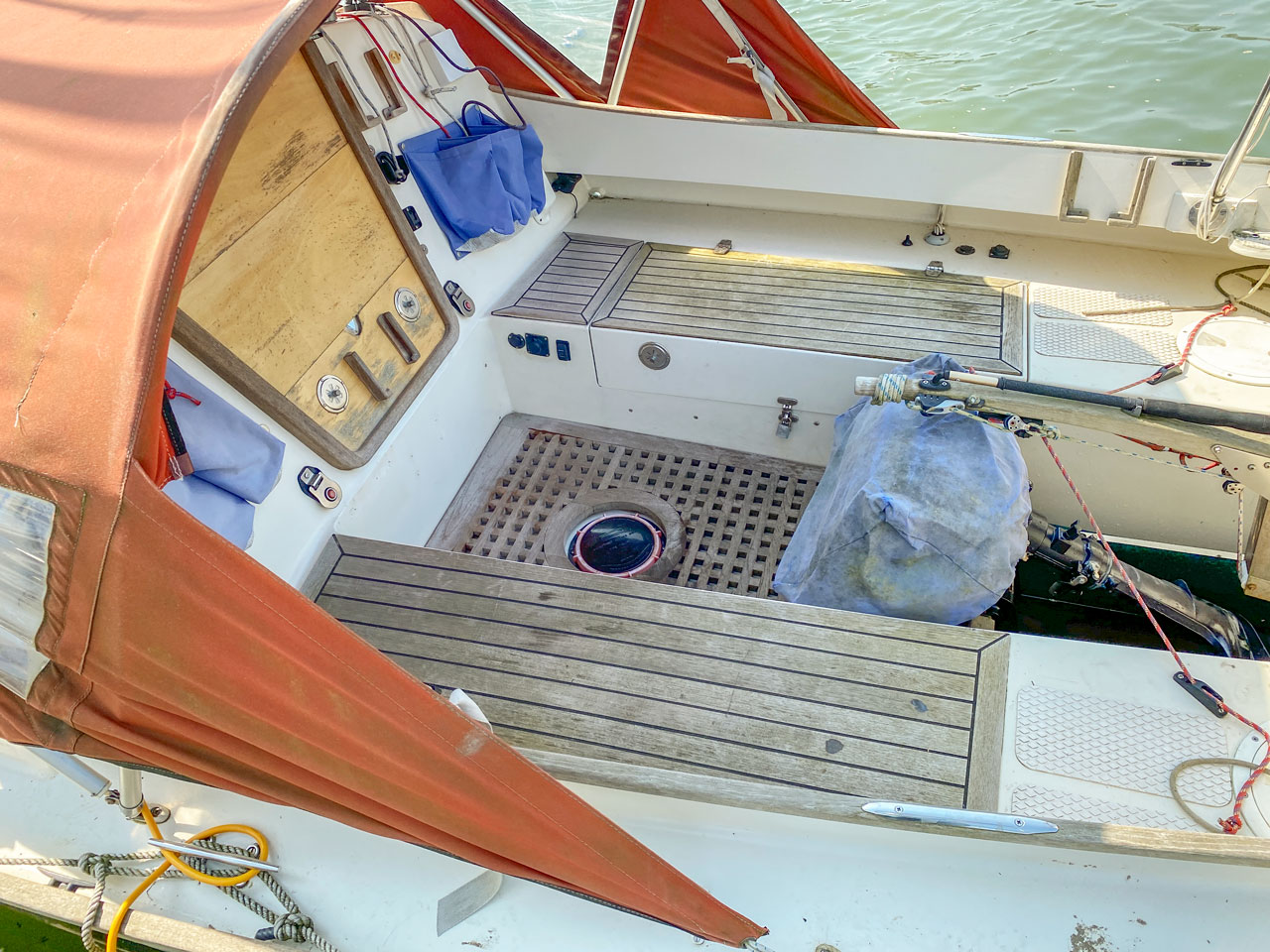 The exposed wood on Seatern – Toe rail, rubbing strake, cockpit grating, cockpit seats, etc – is teak which I’ve left in it’s “natural” state. In the past I’ve experienced the joys of maintaining varnished wood on boats and I wanted to avoid that with Seatern. Also I didn’t want to use teak oil or similar treatments designed to keep the golden colour of new teak because untreated teak is less slippery. Indeed, the reason for covering the side benches in the cockpit with teak “planking” was because they were slippery on a winter’s morning with frost and ice on the decks. I suppose I should have used synthetic teak but at the time (now 6 or 7 years ago) I wasn’t keen on how that looked; I think there is better stuff available now. 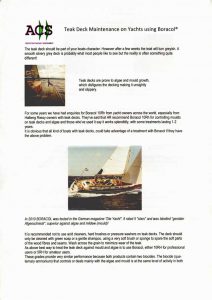 Unfortunately untreated teak does get disfigured by surface mould and algal growth and since starting in spring 2016 I have made use of Boracol, a biocide solution, to clean up the wood. Not that often, it has to be said, but after this last wet winter the wood was looking decidedly green! The process is simple enough. Gently wash down the teak with soapy water trying not to raise the grain by rubbing too hard; rinse off and allow to dry until just damp, then paint the Boracol onto the wood twice over so it soaks in. The problem is that it then needs to be left for three to seven days before being washed off again using soapy water and rain during the first 2 or 3 days risks washing the Boracol off too soon. I knew that the teak needed treatment last autumn but from September onwards there really were no dry spells for doing it. 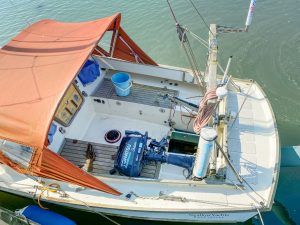 Anyway since the virus has had us all in “lock down” it’s been sunny and dry, and finally I decided I couldn’t put the job off any longer! I started on Thursday (9th April) with the cockpit grating which was last treated in April 2018. I got the grating made by Howells in Poole while Seatern was being built having created a template for the cockpit floor using some measurements during a visit to Swallow Yachts. I wanted to make sure that the grating would not move around whilst one was sailing and I’m quite proud of just how well it fits. The down side is that to remove the grating I have to remove not just large items such as the outboard and the binocular box, but even small things like the locker catch.

The other problem is where to stand whilst removing it. I used the edges of the outboard well which worked well while removing the grating. However when replacing it I tried to insert the starboard side first, which does not work since the bilge pump cover is in the way on the port side. In struggling with it my foot slipped into the outboard well and I ended up with a shoe full of Itchen water!