With Covid-19 cases decreasing in the UK, and having wilted in enthusiasm for tasks on Seatern, I decided to look at the world beyond the house. Not that brave however since so far I’ve been doing some early morning walks in Riverside Park. 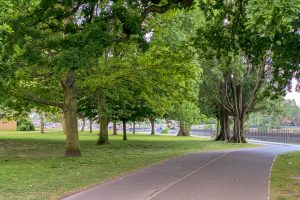 18th May in Riverside Park

The first outing was on the 18th May and, although I only went as far as the reed beds, it felt so good to be outside I actually jogged between alternate pairs of waste bins! I’d not been there since mid-March and it was noticeable how the trees are now fully in leaf.

Since it had been a reasonably warm night, early on the 19th I decided to try starting the car. It started straight away and I drove to Lepe and back without stopping, simply to charge the battery and get the engine warm and the oil circulating. Even around 5am there were cars parked on the shore at Lepe and apparently during that week the roads around the country park were often gridlocked. It’s crazy that the Government has allowed people to drive to the Coast before facilities at the Coast are ready to cope with crowds.

What with a Waitrose delivery and contacting the University Health Service about yet another skin problem(!) I didn’t get back to the park until Saturday the 23rd. This time I went as far as Mans Bridge. Although the weather has been hot and dry, it has sometimes been windy and some branches had come off the trees. A bicycle pulled from the river looked quite scultural, meanwhile the greylag geese have been producing young. 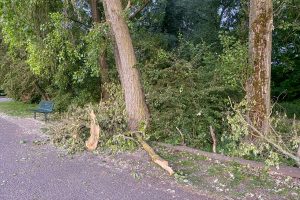 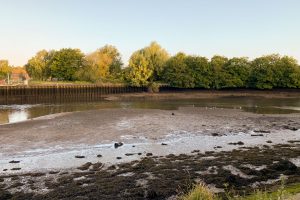 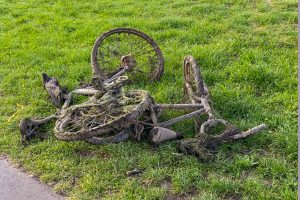 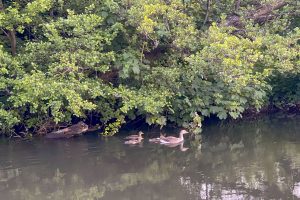 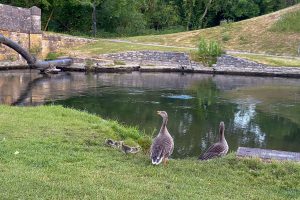 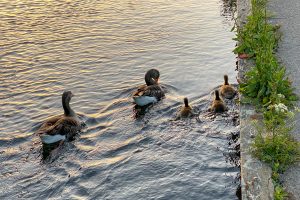 I walked through  the park again on the Sunday. However the early morning peace was shattered by a helicopter circling above, presumably the Police. Still looking at the park through new eyes I noticed how good that here and there they have left dead trees for children to play on and insects to live in. I also noticed a small religious sculpture under the tree that became a memorial some time ago now. The gees hadn’t emerged before I got to Mans Bridge but on the way back they were all clustered and squabbling where some dead branches had fallen into the river. I get the impression they must all nest close together. 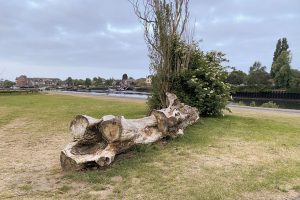 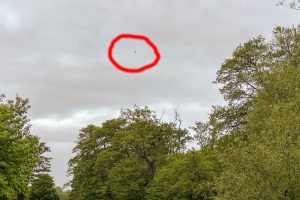 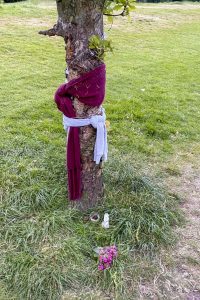 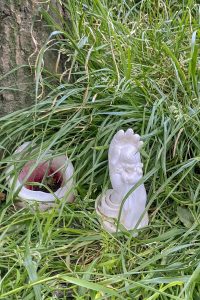 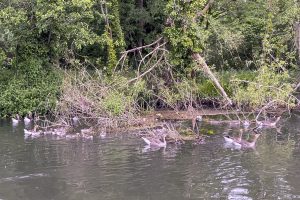 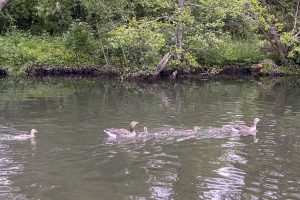 My most recent walk was on Tuesday 26th. A calm morning with sea smoke rising from the river. The previous day had been the Spring Bank Holiday and there had obviously been large crowds in the Park. All the waste bins were overflowing. At Mans Bridge I noticed how the person mowing had left the daisies – it shows that someone cares about such things. 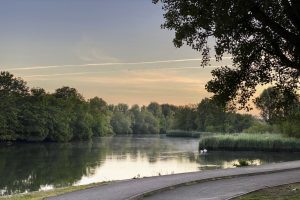 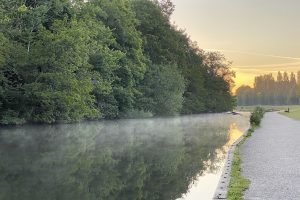 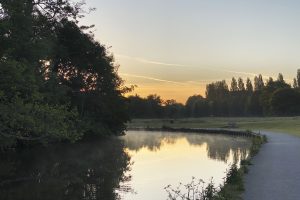 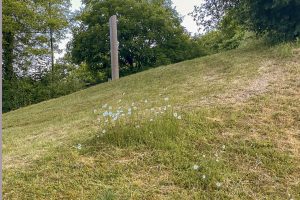 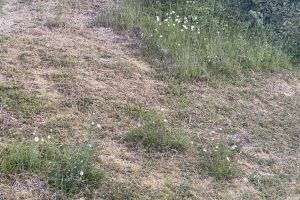 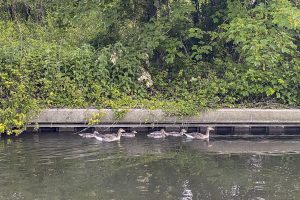 Later in the day I had my first swim of the year and was surprised it was not colder. That emboldened me on the 27th to put on my wet suit and scrub the weed off Seatern at least as far as I could reach, and use my “Scrubbis” tool to clean where I couldn’t reach as best I could. I also gave Dai, my outboard a run to circulate the oil.