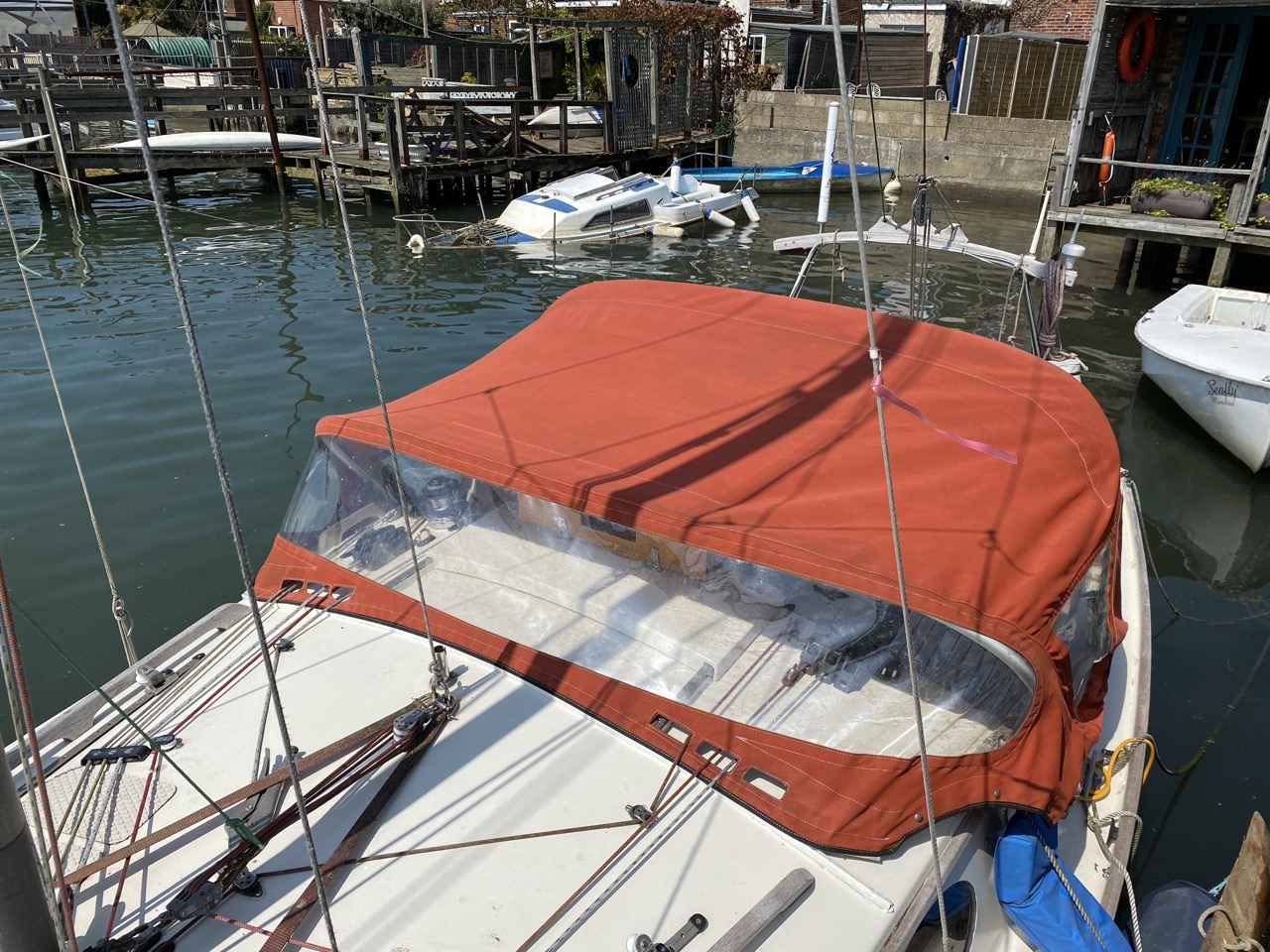 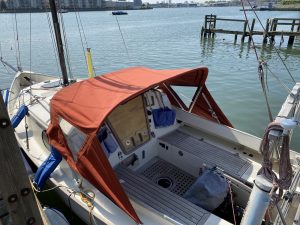 On Wednesday 6th it was looking like rain in the morning but then the high pressure system started to re-established itself. With the sky still cloudy I decided to treat the spray hood with Renovo Marine Ultra Proofer to avoid it drying too quickly if done in sunshine. Last time I proofed it (February 2018) I put it back on Seatern first but this time I did it on the jetty staging which I think was easier. Also, having learnt from last time, I got two 500ml bottles of the proofer and ended up using about one and a half. I put the spray hood back on to Seatern on the next day (7th May) …I’m pleased with how well the spray hood has cleaned up this time.

Friday the 8th May was the VE day Bank Holiday. Boris had said that he was going to make a statement easing the lockdown on Sunday, which was stupid because everyone decided the lockdown was over. There was loads of people on the river including youths in three inflatable kayaks. Shorts, no buoyancy aids, didn’t know how to paddle; fortunately they survived.  I guess one of the problems of being an experienced water sports person is that you’ve seen occasions when things have gone wrong for people. Was I like them when I was that age? No; I think the difference is that nowadays things like inflatable kayaks, plastic canoes, paddle boards and the rest are so easy to get hold of. When I was young if you had a canoe it was probably canvas on a wood frame that you or your father had built during the winter. Because getting on the water took more effort, you also took time to learn the necessary techniques for using your canoe or whatever you owned. 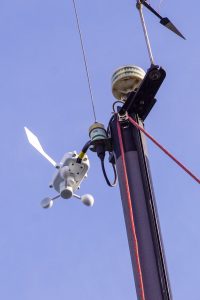 Anyway, it was a calm sunny day so I dropped the mast and fitted a new NASA wireless anemometer and wind vane. I’d discovered that the intermittent fault that the old anemometer was displaying was dropping the voltage feed to it quite alarmingly. Presumably a cable fault although it can’t have been a short since other instruments on the same 12v wiring were still working. I’d given Swallow Boats (as they then were) some thin multi core signal cable to feed through the mast to the anemometer in order not to add too much weight – perhaps it was just too thin, I’d already had to do a repair at the mast top on a previous occasion. 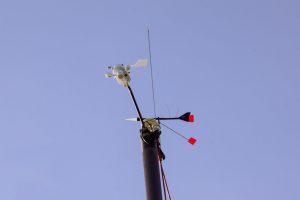 I was worried that the wireless anemometer system might not be able to drive the meteoman display plus the two Clipper wind displays but it seems to be working well. All that remains to be done is to tidy the wiring on the back of the galley bulkhead.