29th May: Caring for your Navigation Buoy!

(based on my post on the NCI Calshot Blog) 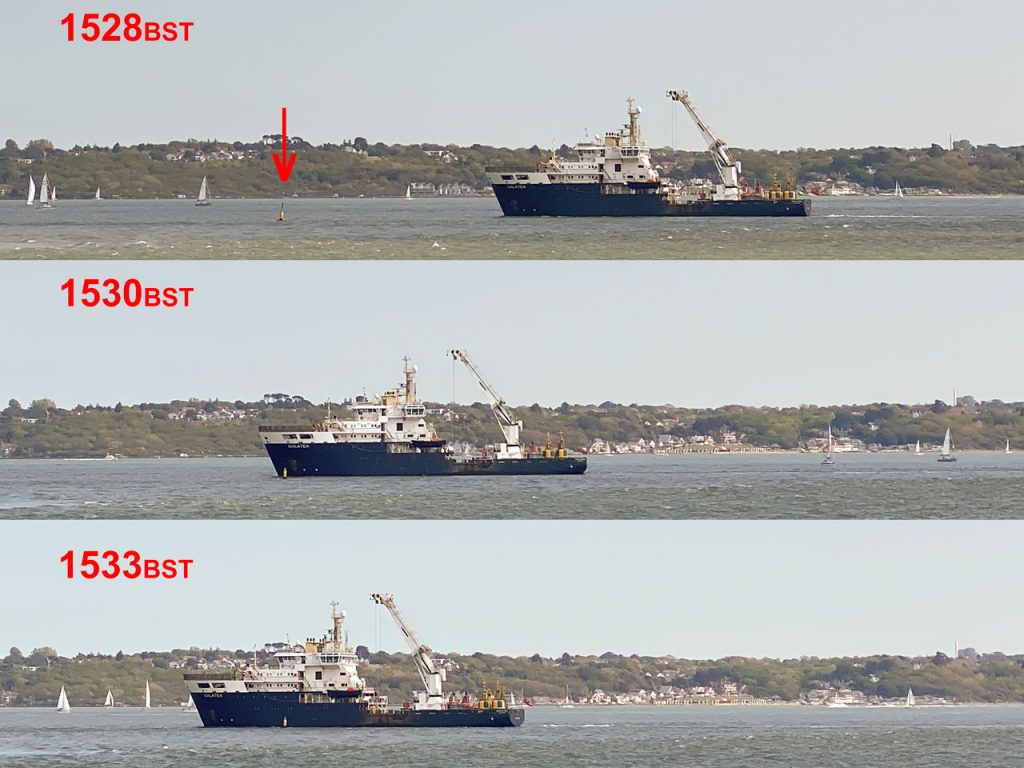 During the afternoon of Saturday 29th May 2021, I was on watch (with watchkeeper Peter Brown) at the NCI Stone Point station (in Lepe Country Park) as the Trinity House Vessel Galatea carefully manoeuvred alongside the Lepe Spit cardinal mark and lifted it from the water for maintenance purposes.

A member of Solent Rescue who knew someone on board the Galatea said that they were replacing the light on the buoy.

A strong ebb tide was flowing, but equipped with twin bow thrusters and twin stern azimuths the Galatea is capable of dynamic positioning – being able to accurately maintain a fixed position relative to the sea bed. 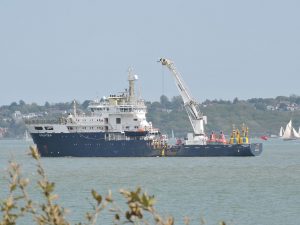 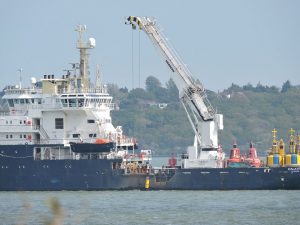 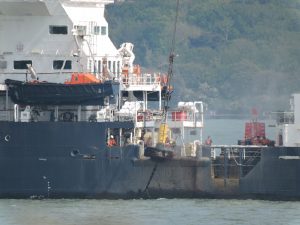