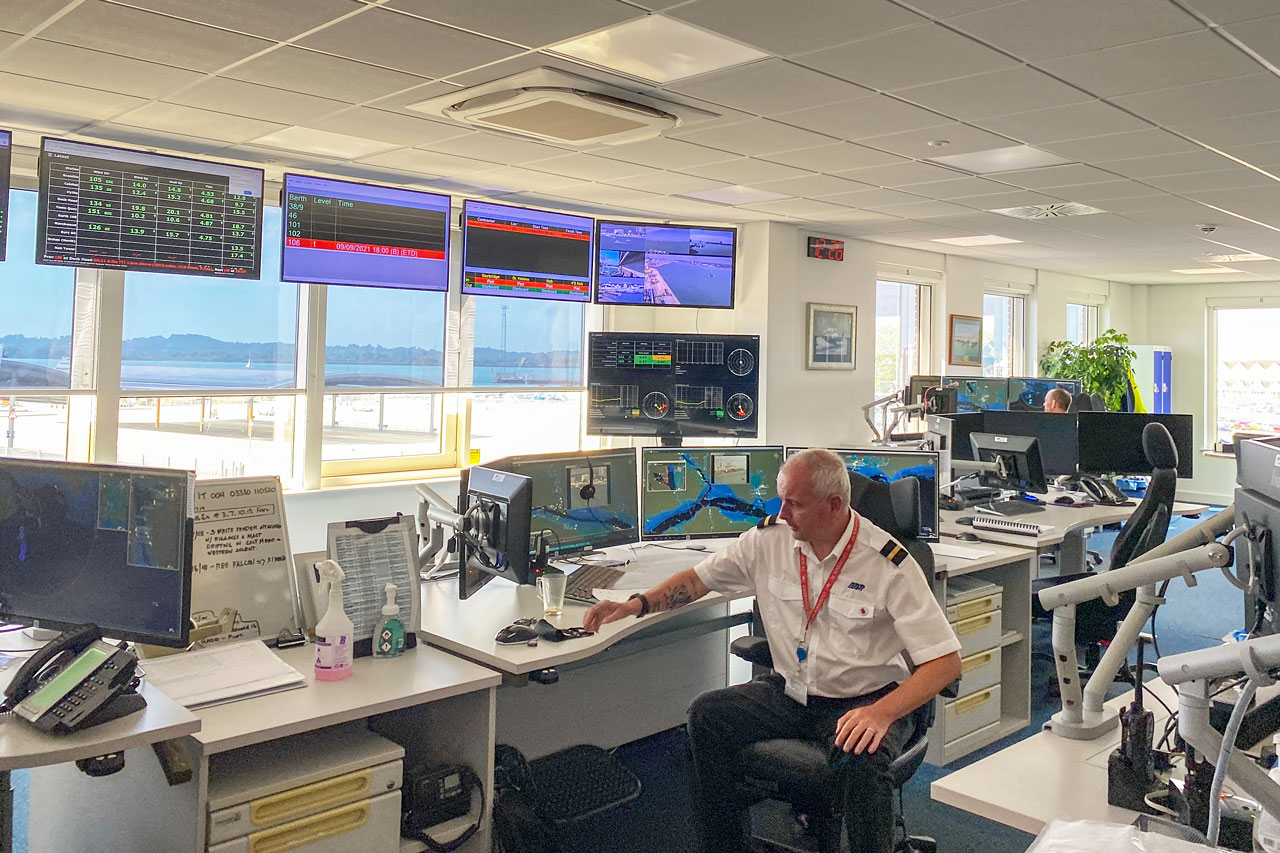 The NCI Calshot Tower Social group had organised a visit to the Southampton Vessel Traffic Services “VTS”. Originally it was meant to be a “virtual” visit but then it became a real one which was very pleasing.

I’ve always wondered how VTS keep track of all the information when people radio in. It turns out that it’s almost all in front of them anyway derived from radar augmented by AIS. The radio reporting points simply act as confirmation of what they have on their screens, and also informs other vessels listening on channel 12 – as I do when in Southampton water or the central Solent.