10th September: Anatomy of an Incident 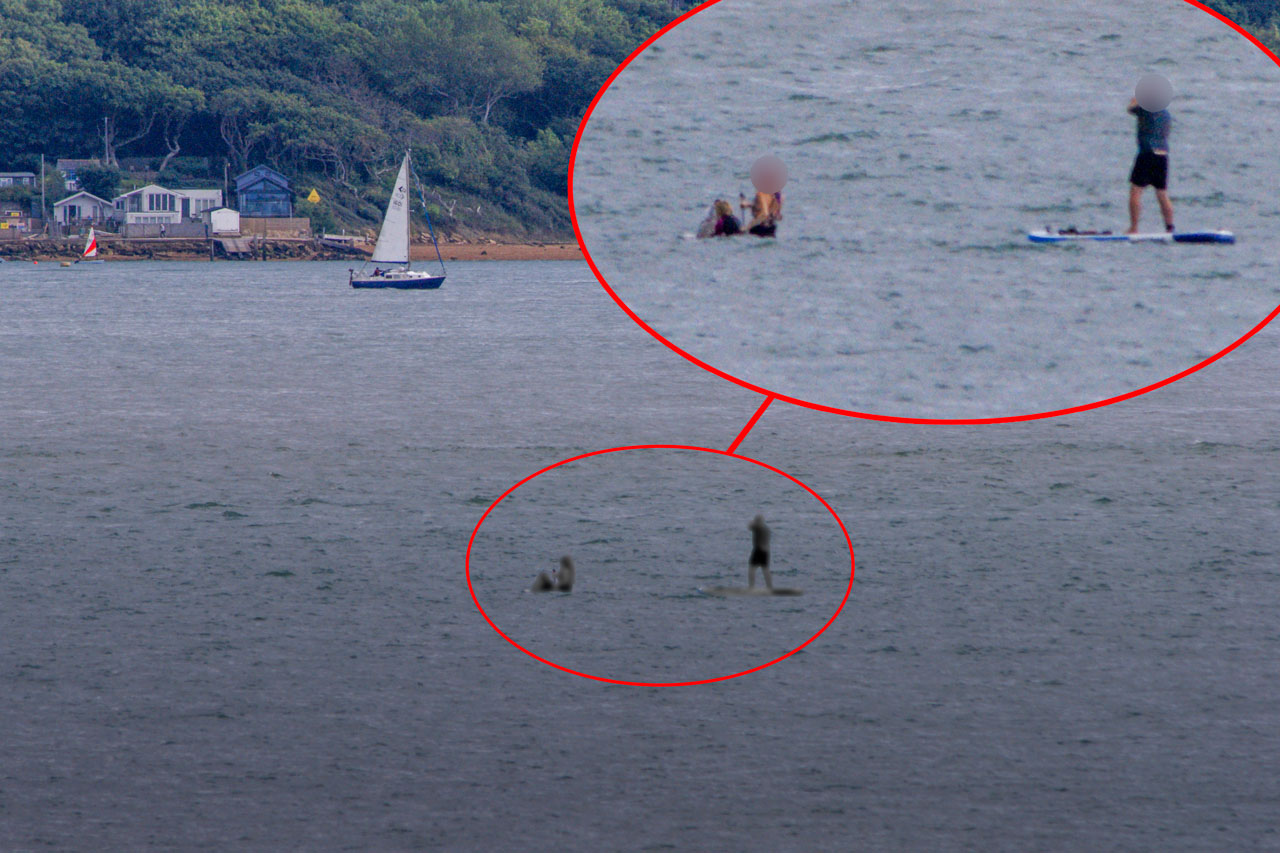 The ebbing tide was taking the paddle boarders west of Gurnard Marsh (seen in the background).

On Saturday 10th September I was on watch at NCI Stone Point in Lepe Country Park. From the Park shore many people launch kayaks and canoes, or venture out on paddle boards, or on wind or kite surfers. We do not attempt to log or keep track of them all. However for some activities we might make notes on a rough pad and, if we become concerned, then an entry will be made in the station Log Book.

On this day we saw two paddle boards being launched from the beach. There was a man standing on one board and on the other, a woman kneeling with a child and a large, square bag in front of her. Neither adults were wearing personal buoyancy aids, but they were using board leashes to attach themselves to the blue and white inflatable paddle boards; neither appeared to be expert paddlers. That much information was noted on the rough pad “just in case” we needed it later.

Most paddle boarders stay close to the shore and we would only worry about them if they were in trouble. However this couple now appeared to be heading straight out towards Gurnard, which is on the Isle of Wight, about 1.8nm distant.  Once their distance from the shore confirmed their intention to cross the Solent an entry was made in the Log Book.

But by then they were too far away to gather more details beyond those on the rough pad. The photo (above) gives an idea of how they would have appeared through binoculars and, inset, what we might see using our large telescope. We thought the woman might be wearing a half wet suit and swimming costume while the man appeared to be dressed in t-shirt and shorts.

As they got closer to the Isle of Wight it was clear that the ebbing spring tide was taking them west of their intended destination. Much of their effort was being spent stemming the tide and each time they stopped paddling they were taken further westwards.

On the other hand they looked as if they were more often becoming separated, more frequently stopping to rest, and they being swept west of where the Gurnard Luck stream meets the Solent at Gurnard Marsh. From there westwards the shore consists of rocky ledges and large boulders meaning it would be very difficult to land and walk back east to Gurnard. Their most likely landing location would be in Thorness Bay well west of what appeared to be their intended destination. An important consideration was that, in addition to the two adults, a child was involved.

We decided to phone the Coastguard. Since there did not appear to be immediate danger to life I did not dial 999, equivalent to issuing a “Mayday”,  rather I used the special contact number provided to us as an NCI Station.  The Coastguard asked Hamble Lifeboat, which was on exercise near the Hamble estuary, to check on the paddle boarders welfare. Having reached the area and contacted us on VHF channel 65 to obtain an updated position, Hamble Lifeboat located the paddle boarders and took them on board. Initially they asked to be taken to Gurnard, but they must have then thought again, and they were brought them back to Lepe Country Park where their car was parked.

We had kept the station open until the paddle boarders were safely ashore, when we closed up and went home.

I was involved in a similar incident in October 2020. Again it was a period of ebbing spring tide. With strong currents flowing, the effective distance that a paddle board or kayak has to be paddled through the water is much greater than the distance over ground, and what might seem a short paddle will take much longer and more effort to complete.  I considered different paddling strategies in a post on the NCI Calshot Tower and NCI Stone Point “blog”.