On the 31st August I went to the Isle of Wight with the intention of walking from Cowes to Gurnard and possibly beyond. Since my legs are still not fully fit, I took the Red Jet to west Cowes rather than the Red Funnel to East Cowes which would have been a longer walk. I got confused as to the sailing times and only just made the ferry after they re-lowered the boarding ramp for me, which was good of them!

Being in Cowes brought back memories of participating in the Owen Aisher Week back in 1965! 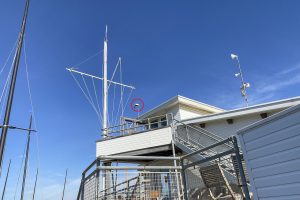 My main purpose was to check whether the anemometer at the Gurnard Sailing Club could be used to indicate the wind over the Solent when a northerly, offshore, wind would cause our weather station at NCI Stone Point to underestimate. The data from both weather stations is available on the web through the Davis Weatherlink system. Unfortunately, it turned out that the Gurnard S.C. weather station is situated low down on the clubhouse and will not be a reliable source of wind data for most wind directions.

I also wanted to check whether the hill west of Gurnard Luck stream is really called Stone Point, as marked on Google maps, or whether it is a mapping error. I talked to a person who was in his fifties and who had lived there all his life and he said he’d never heard it called “Stone Point” so it does appear to be a mapping error. It had already caused confusion in the recent past when a woman was reported to have fallen and injured herself on the cliff at “Stone Point” which turned out to be the cliff on the Isle of Wight. In fact, using optical aids, she could be seen from NCI Stone Point and was eventually evacuated by lifeboat.

While walking from Cowes to Gurnard Marsh I took photos of prominent buildings along the seafront which are visible from NCI Stone Point. The picture below relates the the position of these photos (presented in a separate photo gallery) to the Isle of Wight coastline as seen from Lepe. I walked the coastal path to the west of Gunard Luck to a point above Quarry Ledge but didn’t think my legs would cope with descending to Thorness Bay and then walking back so turned around at that point. 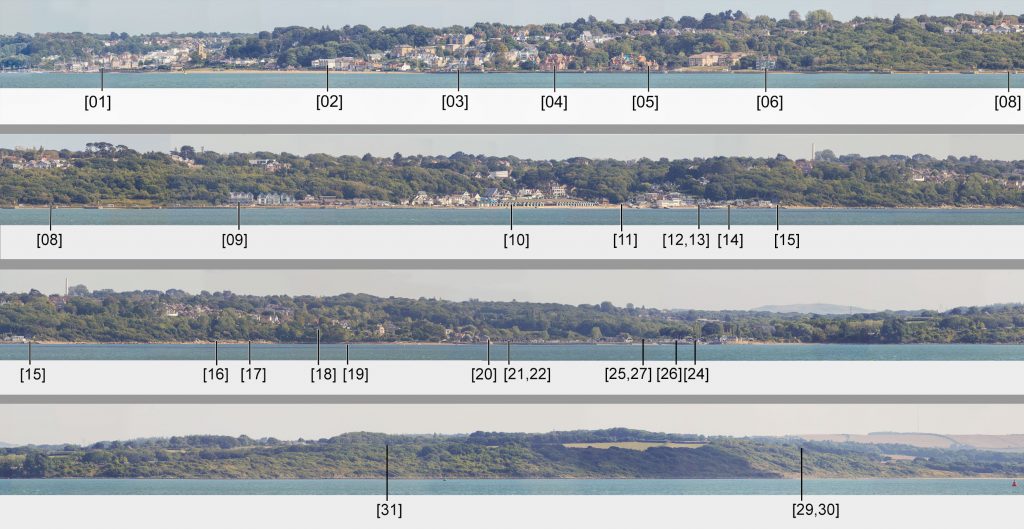 [view the photo album in a separate tab or window]