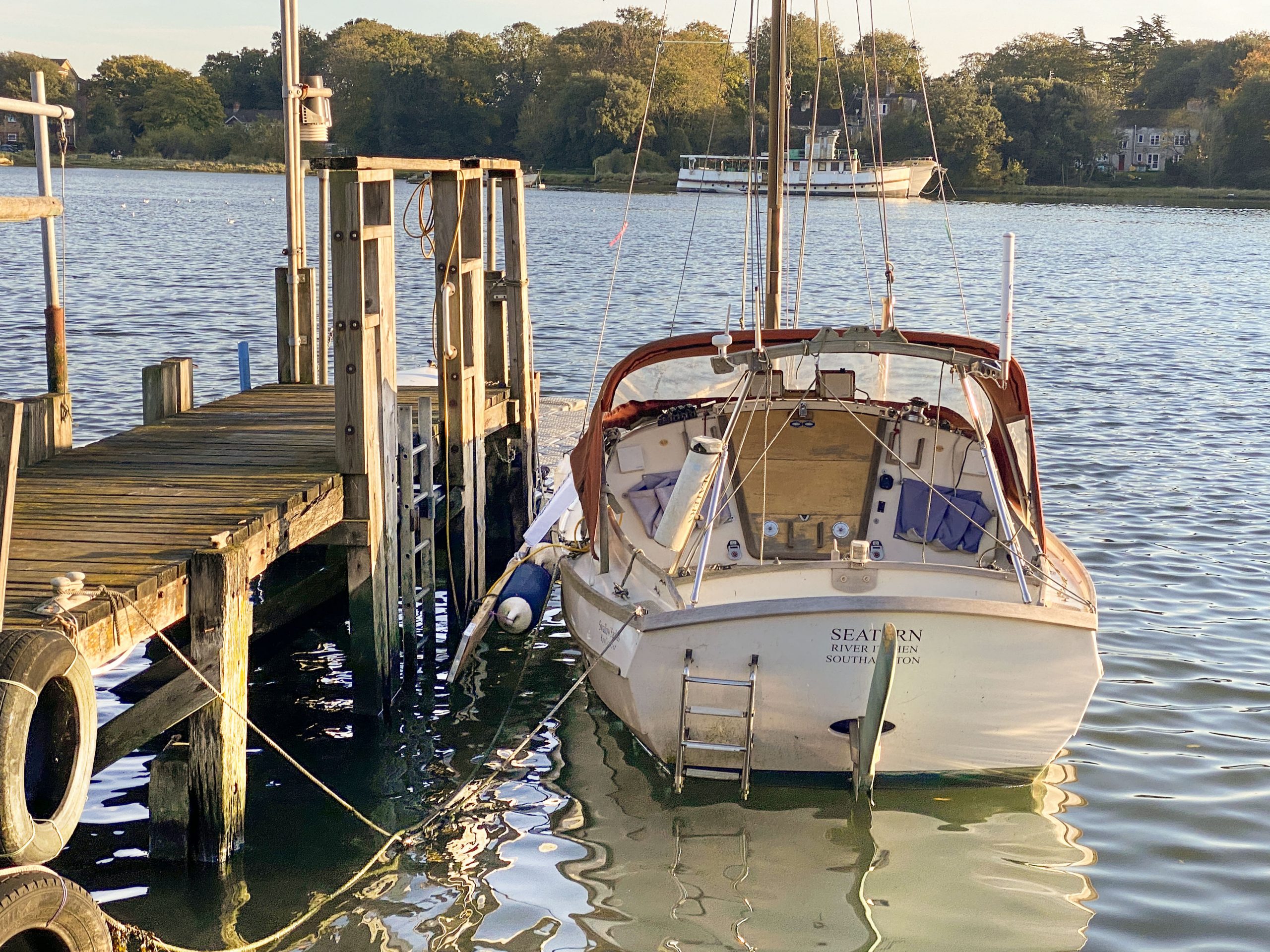 The original fender board, created in 2013 in preparation for Seatern,  was an old builders plank which had drifted in on the tide one day.  From the jetty there is over a quarter nautical mile fetch to the southwest and that allows some strong winds and significant wave action during storms.  By April 2020 the plank was wearing thin but, with a covid-19 lockdown in full swing, I decided to simply reverse the board so the less worn end was outer most where the wear is greatest.

This year I decided it was time for a new fender board. I ordered a brand new,  3m builders’ plank from Southampton Wood Recycling – at £32 not particularly cheap, but a near source since i would be carrying the plank on top of the car using my inflatable “roof bars”, so I didn’t want to go too far. The web site said they would contact me when in stock but having waited for for nearly 2 weeks I phoned to find that they always have them in stock.  Also in preparation I undid the stopper knots that support the plank when it is hanging from the jetty rather than from Seatern.

The “Hull Hugr” fenders I that protect Seatern’s hull from the fender ropes also needed replacing and I ordered 2 new ones from Boatworld . What turned up appeared to be generic copies rather than the genuine item (which are American), we shall see how they last.  I was expecting them on Monday 14th and planning to use them on the next neap tide with good weather, the idea being that I replace the board with the tide out and Seatern sitting away from the jetty.

To my surprise the fenders turned up on the Saturday (12th November).  It wasn’t a spring tide but the wind was from the southeast which would keep Seatern off the jetty, and it was a warm sunny day.  The next week’s weather looked stormy, so I decided to go straight ahead and do the job.  I did put the anchor out abeam of Seatern in case the wind changed, but in the event it wasn’t needed.  Replacing the board with the tide in turned out to be much better because i could float the old board out and the new one back in.  Before I’ve struggled to lift the board over the jetty uprights which prevent Seatern floating onto the jetty during a storm surge. 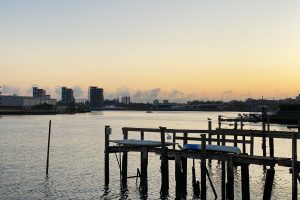 That evening there were unusual low clouds to the southwest and I wondered if they were having a problem at the Fawly refinery. Apparently they recently have had to flare off gases.  However I now think that all I was seeing was lifted fog or mist.