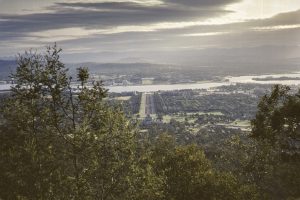 Looking down at Lake Burley Griffin from Black Mountain

In 1979 the General Assembly of the International Union of Geodesy and Geophysics was held at the Australian National University (ANU) in Canberra. It was my first time in Australia and I remember the strangeness of waking up the first morning to the sound of bird calls I did not recognise!

It was December and hot. The shops had very sweaty Father Christmas’s standing outside them and sprayed on snow around the shop windows… it all seemed very strange! The students at ANU were finishing their term with a celebration which featured various acts including a guy doing fire-eating and walking on glass.

My first impression of Australia was that it was like California but with English institutions, for example the Post Office could have been an English one. However the first bar I went in was not like an English pub! A fight soon broke out and the protagonists each smashed the ends off bottles to use them as weapons; I rapidly left so don’t know what happened after that! 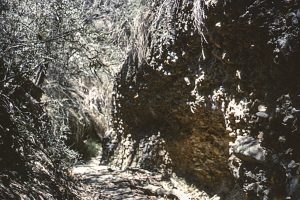 Rising up behind the ANU was Black Mountain which gave a good view of Canberra. It was reached via the Australian National Botanic Gardens and the path through was frequented by many butterflies.

One time when I was on Black Mountain I was surprised to see a fleet of Seafly dinghies, recognisable by the red stripe on their sail,  racing on Lake Burley Griffin. Since i have set up the Seafly Memories web site I now know the history of the Australian Seafly fleet.

At night walking across the campus there frogs were croaking loudly in a small lake and in the morning there were dead beetles on the ground around the lampposts. 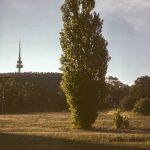 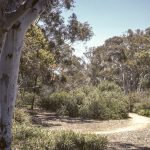 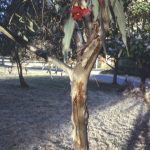 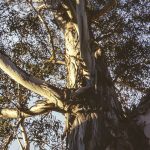 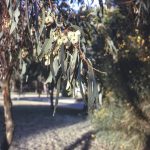 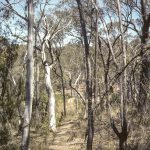 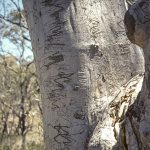 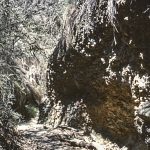 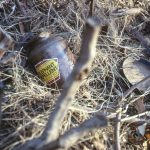 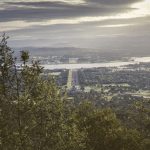