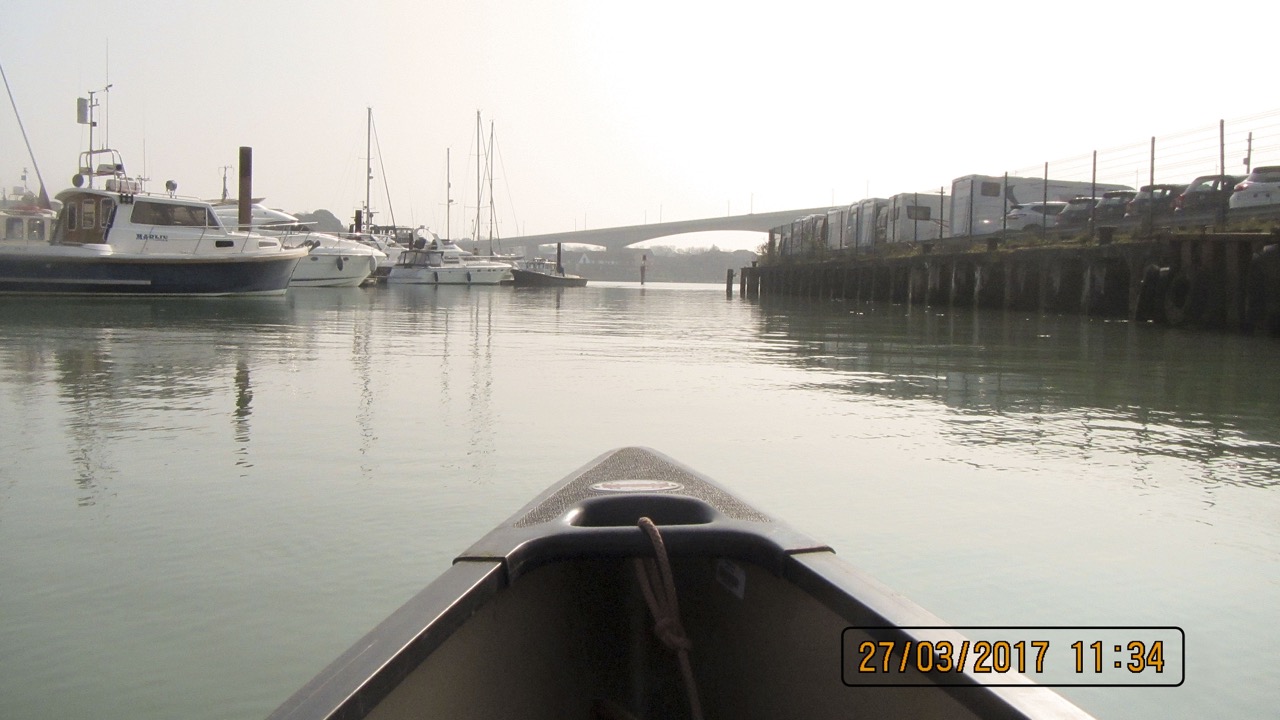 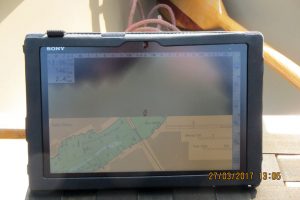 Sea Osprey at the edge of the known world!

It promised to be a nice day, if a little misty at first, so I decided to motor in SeaOsprey down the Itchen towards the docks. Before Christmas I had bought a refurbished Sony xperia tablet from “Visit my Harbour” which came loaded with Admiralty charts and I thought I’d try it out by identifying and photographing the various old wharves along the east side of the river. Unlike my iPad the xperia is supposed to be water resistant so suitable for using in the canoe – provided I don’t capsize! I have covered the screen with an anti-reflection film which is supposed to make it easier to see.

To some extent the tablet was a disappointment – I don’t know how people manage to see the screen to navigate when it is sunny. However it will do as a backup for my Garmin chartplotter in Seatern and it provides a bit of fun for canoe trips!