The end of a series of photo albums of the wharfs taken during a cruise trip which ended by going up river to Woodmill [ read introduction]. Numbers in the photo captions indicate the DSC number of the original photograph.

4. Up river to Woodmill – I didn’t try to document the west bank of the Itchen but headed up river past where I live up to Woodmill, which is the end of the tidal Itchen. For a short stretch as you approach Woodmill the character of the River changes completely with reed beds and wooded banks. It is hard to believe that one is still in Southampton! The hydrographic chart finishes at the railway bridge just upstream of my jetty so much of the time I was beyond the edge of the known world as far as the xperia was concerned! 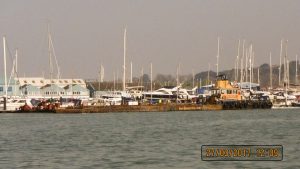 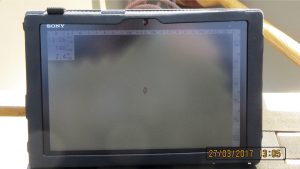 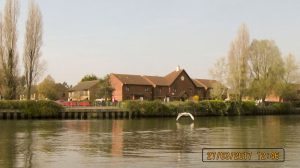 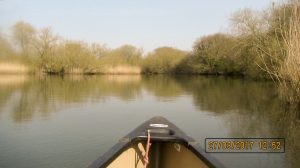 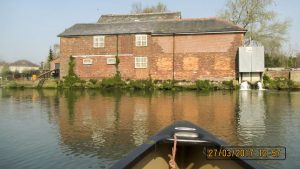 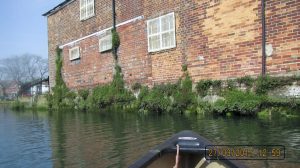 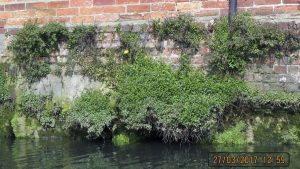 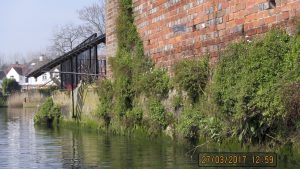 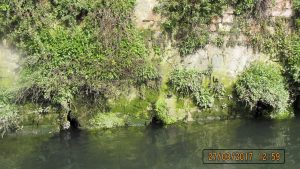 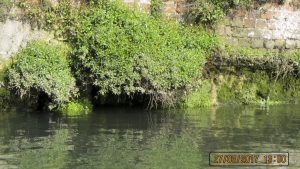 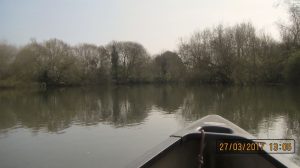