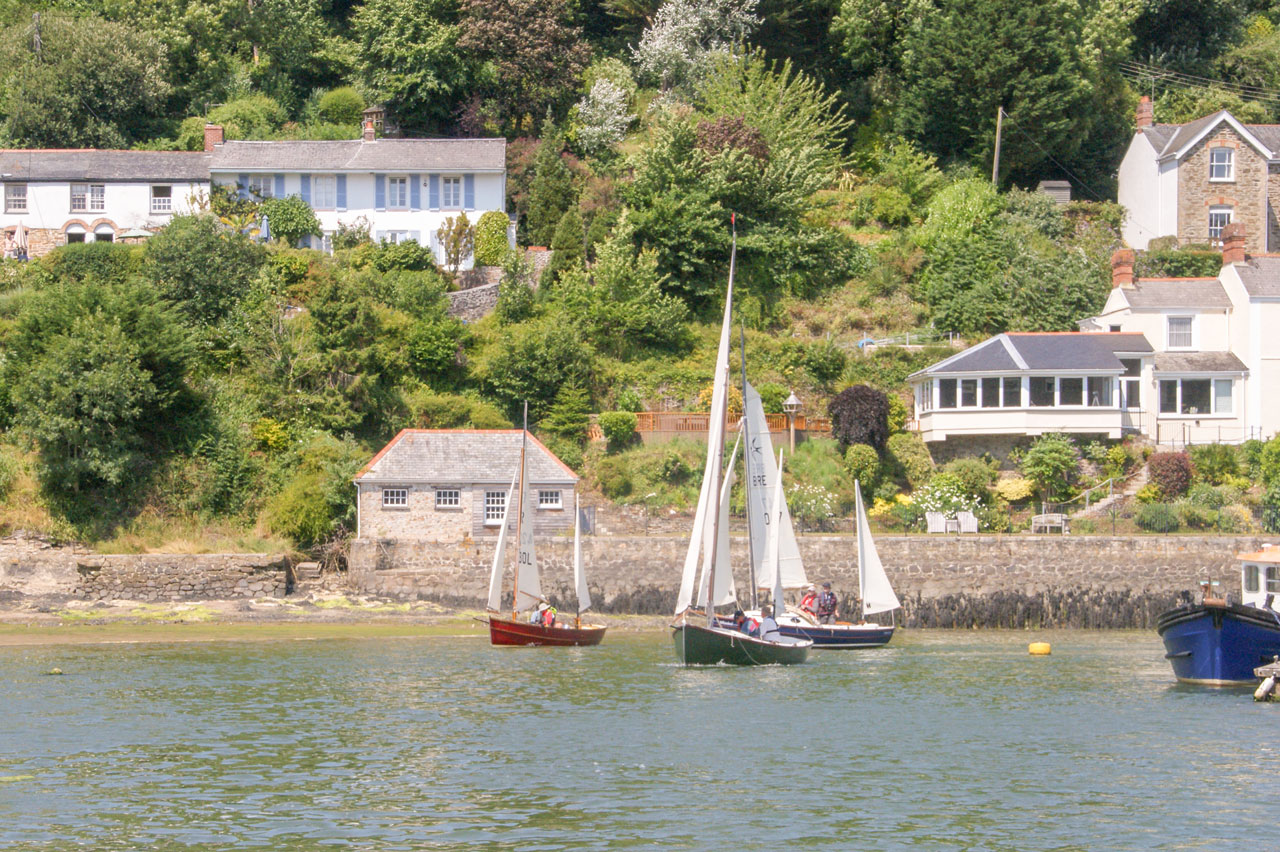 On Tuesday 10th July the plan had been to sail to Helford Passage. However a strong easterly in the morning made entering the Helford River less than desirable. Instead the morning’s race was to Malpas and back to Trelissick. The 10am start was between the orange rib and the starboard Mylor entrance buoy. Hence, leaving Messack to port, to the Malpas pontoon (also left to port) and back to a finishing line between the south end of the Trelissick visitor’s pontoon and the orange rib. Lunch was to be in the bay known as Channals Creek which is south of the Trelissick House grounds.

The wind proved very variable with some strong gusts. At Malpas pontoon the water proved too shallow and the grey rib formed an improvised new turning mark. Some yachts gave up before reacing Malpas and headed back to the beach at Trelissick! 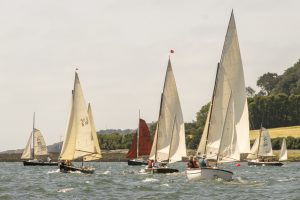 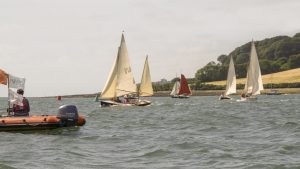 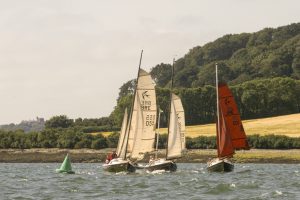 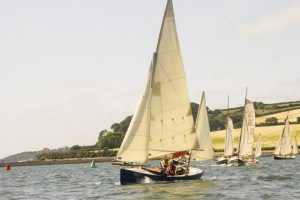 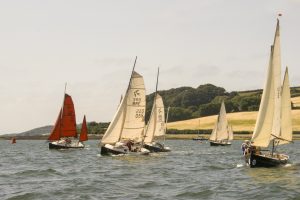 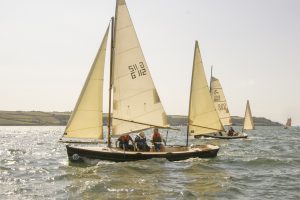 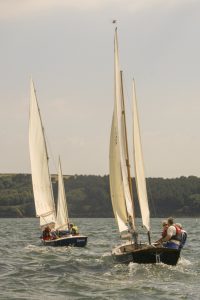 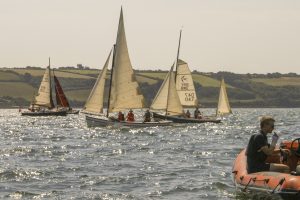 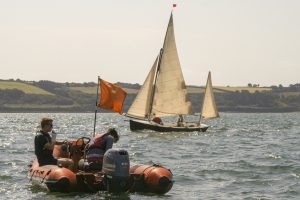 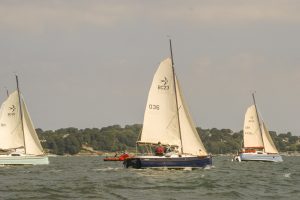 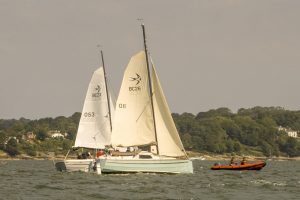 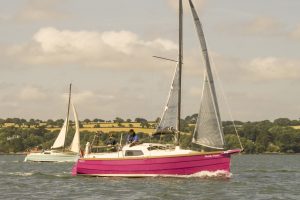 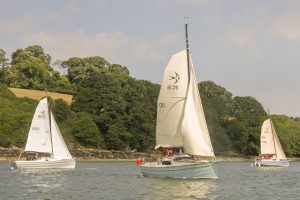 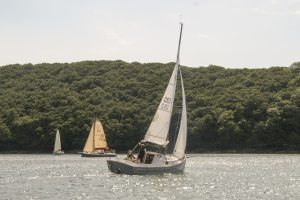 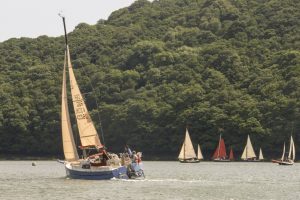 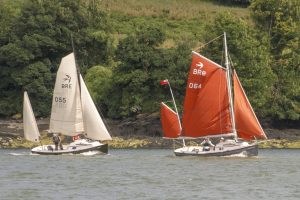 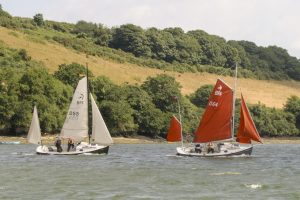 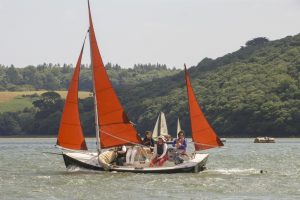 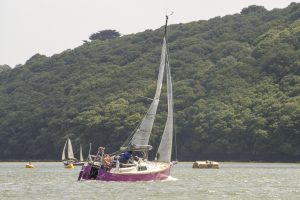 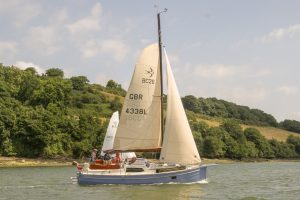 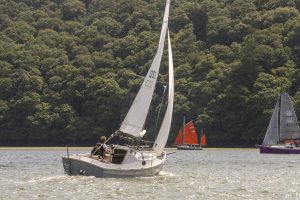