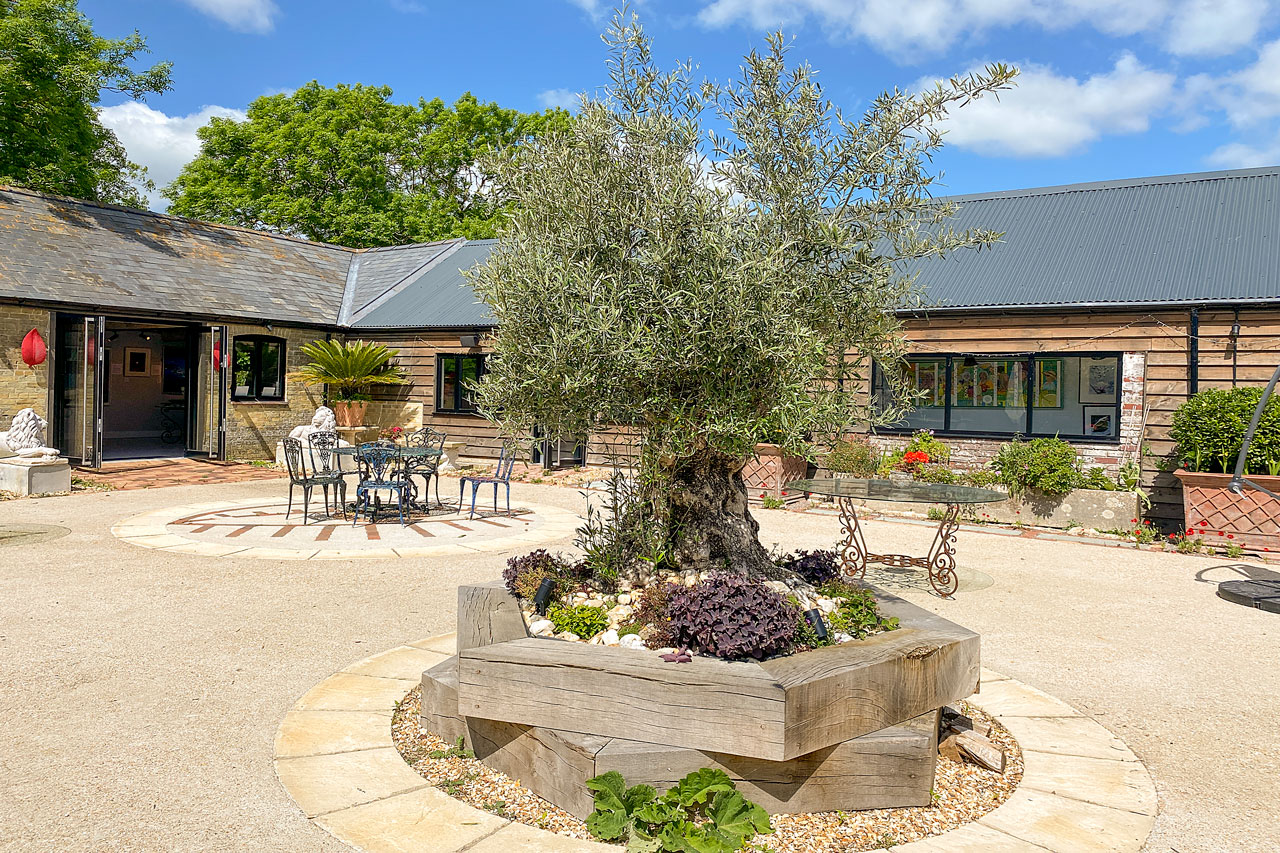 Having set up the weather station on the new NCI Stone Point station on Tuesday, I was out there again on the Thursday, 26th May, for a meeting of the “Stone Point Development Team”. To give a little more value to the trip, on the way home I decided to look at the location of the “Palais des Vaches”.

Normally when driving to and from Lepe I take the slightly longer, but more scenic, Exbury route including the diversion down Inchmery Lane. The view across the salt marshes where the road dips down to the site of the old brick works is so beautiful it makes up for the worry of meeting a vehicle being driven too fast along the narrow, winding lane. Before reaching that point on the way to Lepe there is a turn off with intriguing notices pointing to the “Palais des Vaches”.

The logo, which reminds me of Pacific Northwest art, suggests it is an art gallery. That was confirmed when on watch at Stone Point with Colin Lewis who said he had some paintings on display there. Apparently the gallery has been set up by Nicholas de Rothschild in the old Cow Shed and adjoining buildings. The Cow Shed walls were white tiled, as you might expect if it had been the farm dairy or milking parlour, hence the “Palace of the Cows”.

From their web site I had the impression that the Gallery is only open by appointment so I didn’t expect it to be open but I thought I’d have a look at the outside. As it turned out the door was open and I was invited inside and so had the privilege of a private viewing. The conversion to a Gallery is superb and includes in the courtyard an ancient olive tree which, to my mind, upstaged some of the art work!

My visit was then enhanced by the person who is house-sitting the farm who kindly showed me the view to the Beaulieu River from the “Fort Field” where old earthworks suggest some form of camp or fort. They were clearly not Roman, since they are curved! Curiously the earthworks don’t appear on old 6″ maps but a “fort” is shown on some of the newer, smaller scale ones [I have since done some research which is described in later diary posts]

I wanted to buy a book about Exbury and the Rothschilds but we couldn’t get the card reader to work. I went back to purchase it on the Saturday (when they were officially open)  and was able to look inside the adjoining artist’s workshop, an Aladdin’s Cave which reminded me of an American general hardware store. Palais des Vaches is a hidden gem!