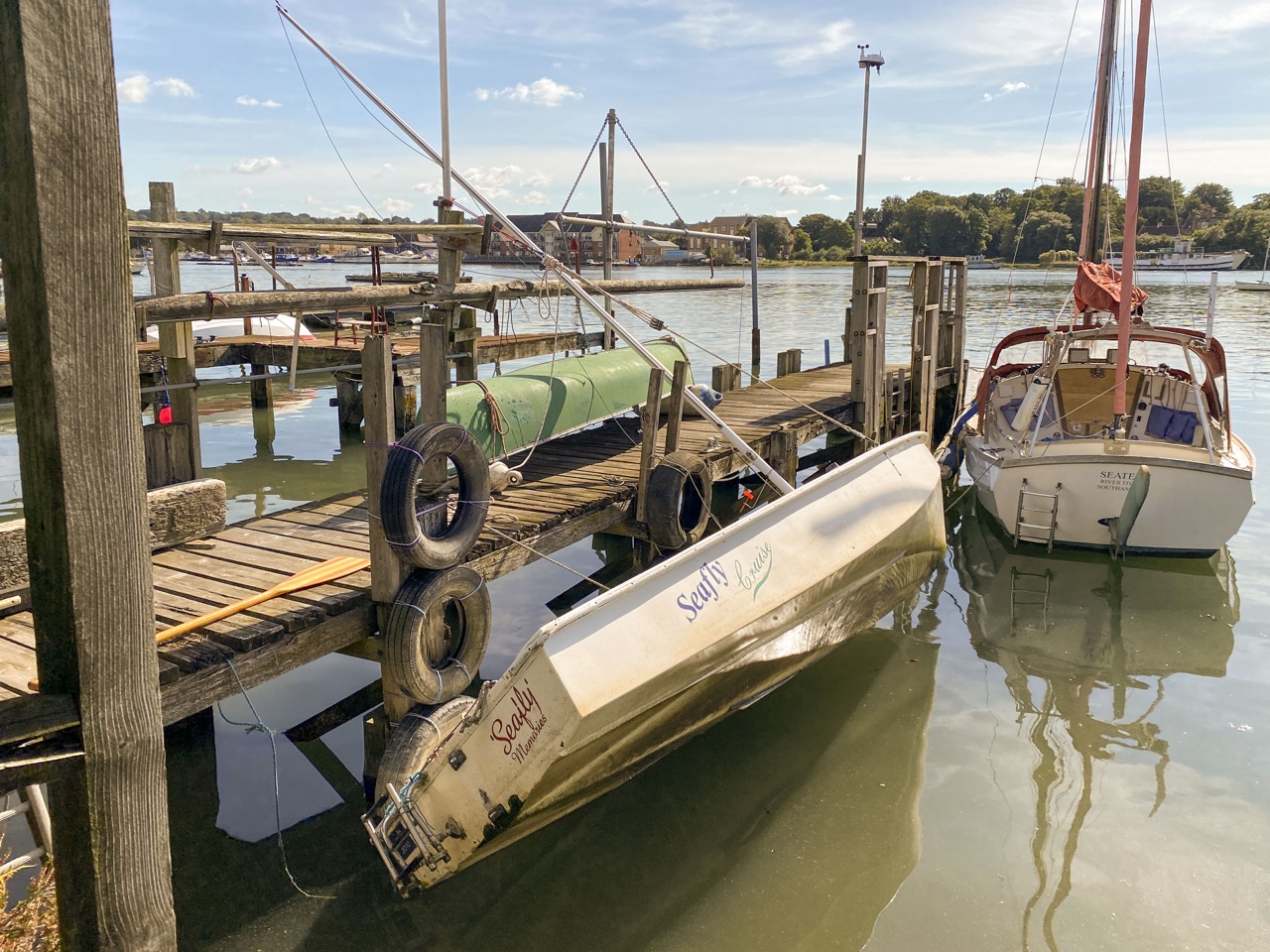 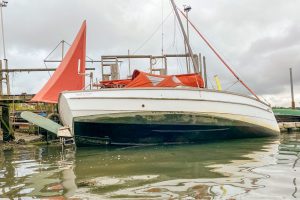 I careened Seatern on the 6th and 7th June and tried rubbing down the Coppercoat as suggested by the man on the Coppercoat stand at the Boatshow a couple of years ago. So I was a bit disappointed to find that there has still been quite a bit of growth around the water line during the summer. Of course it is about 7 years since the Coppercoat was applied with Seatern in the water all the time since then (except when the tide is out!) so I shouldn’t complain too much. 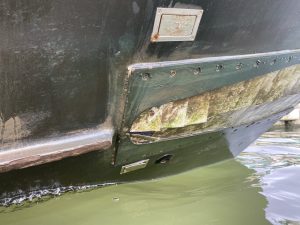 Damage to the keel

Anyway, I wanted to look at some damage to the keel that I hadn’t noticed as I washed her down, but spotted in the photos afterwards.   So on the 4th September I carreened her again, this time giving a more strenuous rub down of the Coppercoat.

The damage consists of the GRP sheaving been worn away at the aft end of the keel for about a foot. This has presumably happened because as the tide comes in Seatern’s bow lifts first (due to the slope of the mud) and if there are waves then for a short time Seatern is griding away the end of the keel. Looking at the photo it seems surprising that I did not notice the damage before, but it is less obvious to the eye than it appears in the photo.

Anyway, I wanted to discuss what to do about it with Matt Newland at the boat show. His view was that, unless I can get it completely dry before sheathing with GRP, it was best to leave it. It is hard wood and not an integral part of the boats construction, rather an add on after the ply of the hull has been epoxied. 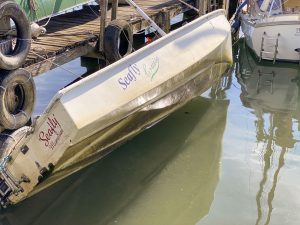 Before cleaning the hull

I’d careened the Seafly on 18th July and there has also been growth on her during the summer – she does not have antifouling and is kept in the water so it is not surprising. I’ve only used her a few times since but want to use her more so I cleaned the hull again on the 20th September. The main growth was around the waterline on the port side and around the bow area. Previously I’ve done the work on a neap tide hardly reaching the hard standing, nut this time I donned my old caving wet suit and did it with the tide in! This avoided taking the mast off – pure laziness!

Afterwards, as I struggled out of my wet suit on the jetty staging, some mullet were playing over the hard standing below…