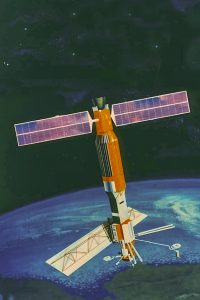 During 18-26 March 1980 the Jet Propulsion Laboratory hosted the SeaSat-JASIN workshop at what was then the Huntington Sheraton Hotel in Pasadena, California.

The first decade of my research career had been dominated by trials for, and the organisation of, a large experiment  sponsored by the UK Royal Society called the Joint Air-Sea Interaction Experiment, JASIN.  Fortuitously, the main field phase of the experiment had occurred in summer 1978 during the short lifetime of the first oceanographic satellite, Seasat. Because Seasat had prematurely stopped working after only 105 days, JASIN represented the prime dataset for validation of the spacecraft’s sensors; the purpose of the Pasadena workshop. 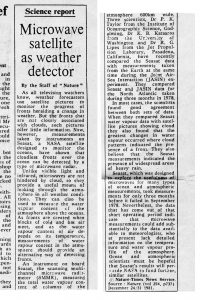 Science column in the Times

For JASIN I had been responsible for the organisation and analysis of the atmospheric data obtained using balloon borne radiosondes and so I became involved in the validation of the Scanning Multichannel Microwave Radiometer on Seasat which provided data on atmospheric water vapour content. the work led to a paper in Nature and a mention in the Times newspaper science column. Thus, by accident. I first became involved in satellite remote sensing and, directly or indirectly, that was to determine the path of my future research.

Access to the JPL computers from the hotel was achieved using Apple II computers as terminals. That was my first introduction to Apple at a time when the Apple Mac had not yet been introduced (we had to wait until 1984 for that).

On one afternoon during the meeting David Lame, the Workshop Manager, took us on a tour of JPL. We were shown the large thermal vacuum chamber where complete satellites can be operated in similar conditions to being in space, for example to ensure that the temperature of the satellite systems remains within acceptable limits when subjected to solar radiation in the absence of convective and conductive cooling to a surrounding atmosphere. On entering the facility motorised brushes cleaned your shoes, which was an interesting experience if wearing sandals as I was!

We were also shown the Voyager control room. The Voyager I and II satellites had been launched in 1977 and encountered Jupiter in 1979. In March 1980 Voyager I was on its way towards Saturn. In the large Voyager control room (one of those mission control rooms you see on TV) there was just a single person on duty, presumably with very little to do since the spacecraft would not reach Saturn until that November!

Photo Gallery: Voyager 1 Jupiter Flyby…
A set of slides bought at JPL and manufactured by the “Holiday Film Corp.” – some holiday! Better images of Jupiter and its moons now exist from the more recent Juno, Galileo and Cassini missions so I’m taking the liberty of including these images as a historic record of what, in 1980, were state of the art. 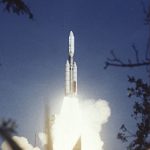 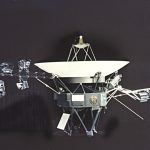 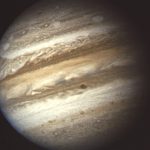 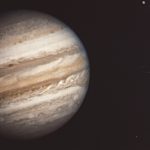 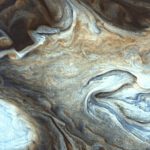 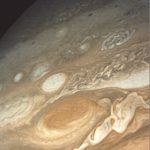 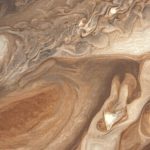 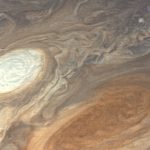 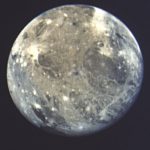 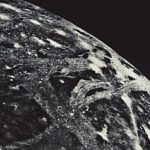 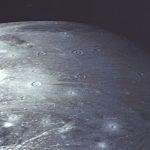 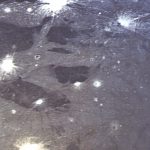 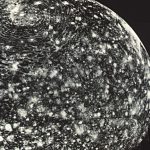 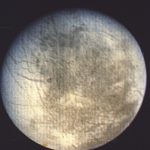 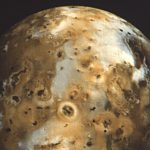 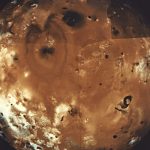 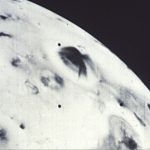 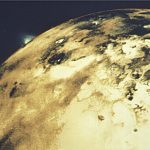 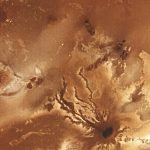 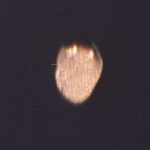