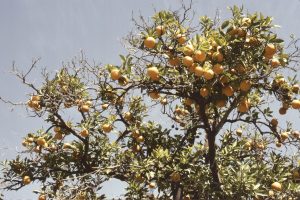 I think this may have been the trip when Nicky and I stayed in a house belonging to University colleagues of my friends while the former were in Seattle for the summer. It was a fine old house presumably dating back to the early 20th Century. I was entranced by the idea of having oranges growing on a tree in one’s own garden!

I was also amused by the fitness apparatus in a local park; not something that one normally found in the UK, at least back in those years. Californians are more fitness conscious. Once, as I walked along La Jolla beach for a meeting at Scripps, a woman jogged past me and then turned to remark that I must be a visitor because I was the only one not running! 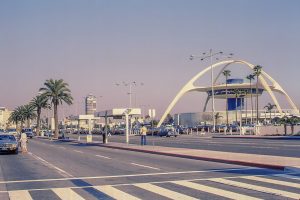 Anyway, if I am thinking of the correct visit, we would have flown into LAX and then transferred to a commuter plane to Ontario Airport. It felt strange to leave a 747, walk the length of the International Terminal, and then get on a small plane where it was the pilot who loaded your bags for you. I remember him asking if there was “anyone for Burbank” so that, since there was not, they didn’t need to land there.

When we left to fly home we got a taxi get back to the airport. Apparently taxies in LA are mainly used by the poor since anyone else would hire a car …just as, as Nicky had discovered,  no-one staying at the Huntington-Sheraton would ever take an RTD bus! 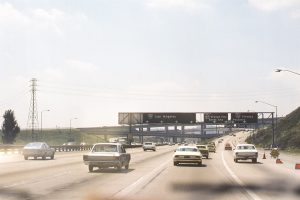 The taxi driver was very put out that we had suitcases since the trunk of the taxi was full of old newspapers. The front passenger door was held closed by string. It was pouring with rain and the driver spent much of the journey telling us about cars which, in the past, had been swept off the freeway by flood water. 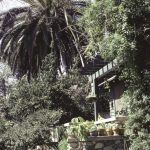 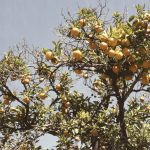 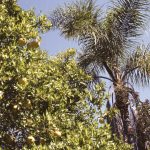 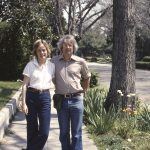 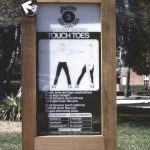 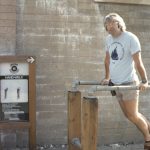 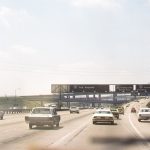 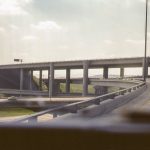