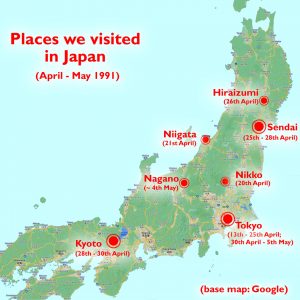 Due to my involvement in the international Ocean Observing Systems Development Panel, in 1991 I was invited to attend a Seminar and Workshop about the Integrated Global Ocean Station System (IGOSS). Sponsored by the International Oceanographic Commission and the World Meteorological Organisation, the Seminar took place at the Japan Meteorological Agency in Tokyo from Monday April 15th to Friday 19th with the Workshop on Monday to Wednesday of the following week.

Being keen to take the opportunity of seeing some of the art, gardens, and temples of Japan, Nicky flew out with with me on the 12th April and we stayed on following the workshop, departing Japan on the 5th May. 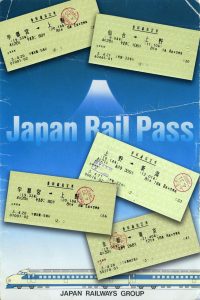 Before we left the UK we bought Japan Rail Passes (which can’t be bought within Japan) and, at the recommendation of a colleague at Texas A&M, Worth Nowlin, a coopy of the guide book “Japan Solo” which proved invaluable.

It’s hard now to work out all the places we visited and I’m not sure I have all the photos we took. I think some of the best slides may be missing. However, mainly by using the seat reservation tickets from the Shinkansen (“bullet trains”) I have pieced together a partial itinery and created some photo albums. 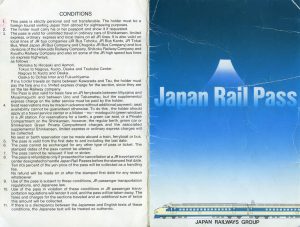 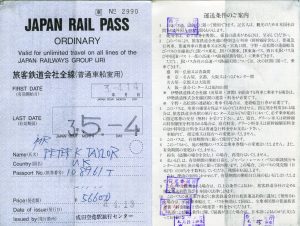 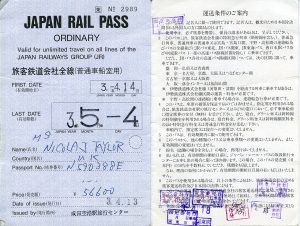