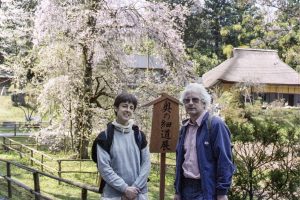 Strangely, there is much I can’t remember about this trip to Japan. It was nearly 30 years ago, but I remember much more from some previous travels. Whether it was the shear number of novel experiences which over-whelmed my memory at the time, or perhaps the effort to remember the kanji symbols (e.g. 東京 = Tokyo) for where-ever we were going to? I don’t know.

One disappointment with some of the tourist sights we visited – Temples and the like – was the style and amount of restoration. Thus a temple dating back several centuries might look almost brand new. In some cases it might indeed be relatively new since earthquakes and fires have been, and still are, a destructive force in Japan due to its position on the Pacific rim. But this practice of restoration (i.e. to what it once was) contrasted with the conservation (i.e. keeping it from decaying further) we are accustomed to in the UK.

The memories I do have are, perhaps, not what one might expect to come back with from a trip abroad. For example (and in no particular order):

I visited Tokyo again in 2000 and got the impression that much had changed and Japan was, for better or worse, becoming more like in the UK or USA. People seemed less obedient of road signs. It seemed more likely that a collapsed person would be helped. All Japanese learn English in school but in 1991 they were reticent in trying to use, whereas in 2000 I had people asking to practice their English with me.  In 2000 the Japanese people even seemed taller! 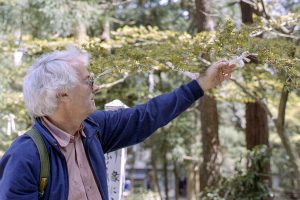 Why such noticeable changes in less than 10 years? I wonder if it might have been due to the internet becoming widely established in Japan the 1990’s and spreading American mores.

McDonalds got established in Japan in the 1970’s; perhaps by 2000 I was being surrounded by a new, taller, burger fed generation!