Normally I do the “middle” watch on Sundays at the Calshot NCI station (i.e. 11am – 2pm in winter, 12noon – 4pm in summer). However since I don’t celebrate much at Christmas and New Year (and since I don’t drink and can therefore drive!) I volunteer for some of the watches which otherwise tend to be hard to man. Thus I was on watch on Boxing Day from 11am to 2pm, and the next day from 8am to 11am.

26th December (Boxing day): it was a very quiet watch with hardly anything on the water. RNLI Calshot were having an informal open day and our Station Manager arranged for a visitor to come up to our ops. room. Unfortunately soon after the visitor arrived the other Watchkeeper spotted a ship in the eastern Solent with a pronounced list. The visibility was not good so it took a little time to decide on a position for the ship and I’m afraid our visitor was rather neglected! Once we had a position we phoned HMCG on the landline to say we had it “visual” and to confirm they knew about it.

The ship turned out to be a Russian cargo vessel, the Mekhanik Yartsev which had lost some of its cargo of wood the previous night. The Coastguard helicopter was tasked to run a search pattern at the western entry to the Dover traffic separation zone to try to locate items of the lost cargo. The Mekhanik Yartsev had been bound for Northern Ireland but was forced to seek shelter in the Solent with a 27 degree list following loss of the cargo. Here are some photos from our watch on Boxing day and also from the 28th December when she was towed into Southampton (taken by the Watchkeepers using the Ops Room Camera and by Watchkeeper CL). The Itchen Marine tugs Wyestorm and Wyeforce were used for the tow and they were accompanied by one of the Harbour Master’s launches and an all-weather lifeboat (from Bembridge?). 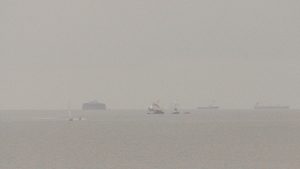 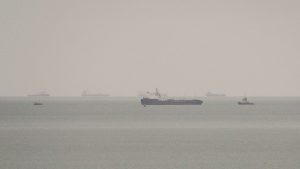 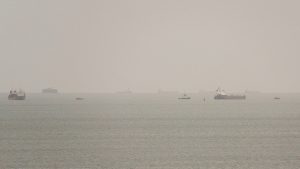 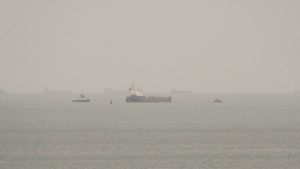 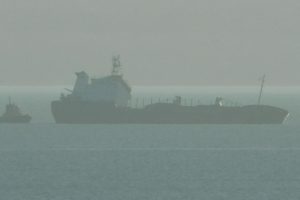 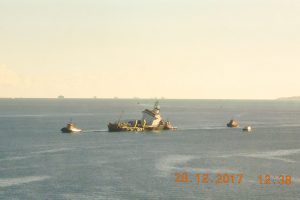 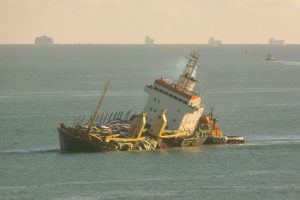 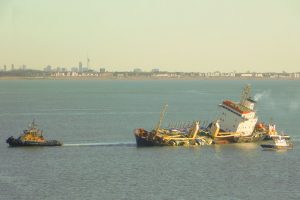 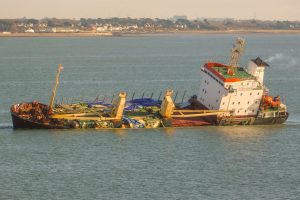 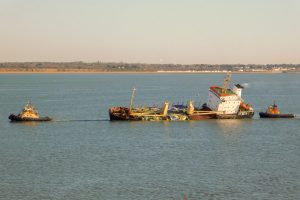 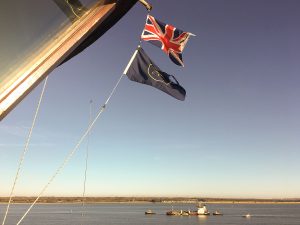 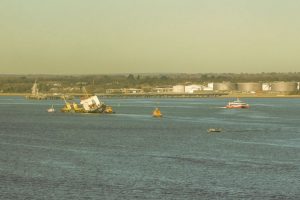 27th December: With a very strong WNW wind blowing we heard reports of a houseboat adrift in the River Itchen. It turned out to be the Three Sisters which I suspect is the home of the couple who wanted to moor their houseboat at Jo’s jetty but ended up keeping their Knicker-Twister speedboat there. They were incapable of properly mooring the speedboat, or even their small tender, to the jetty and both sank or went adrift on various occasions. Below are some photos showing where the Three Sisters was previously moored on 28th April 2017 (note the mooring warp just visible running down the bow) and where it ended up on the 27th after the Hamble Lifeboat, SP, and the police launch Preventer, had helped to get it secured. Fortunately none of the people living on the other moored boats in the area appear to have drowned during the incident.  If I were them I wouldn’t want the Three Sisters as a neighbour. 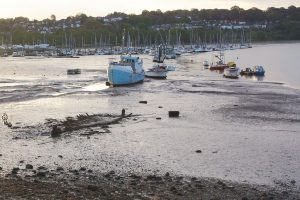 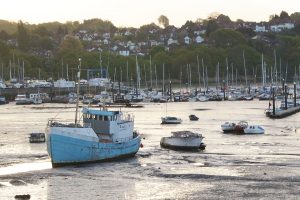 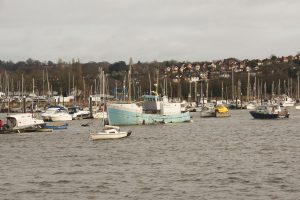 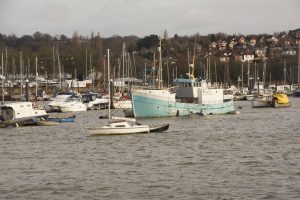 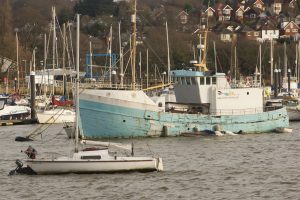 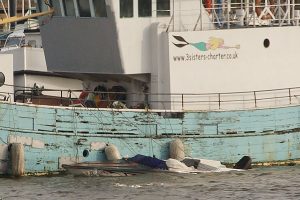 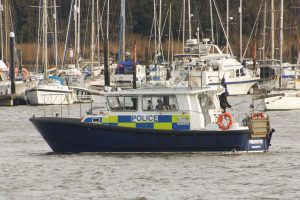 Seatern Diaries > 2017 > Dec: Definitely Winter > 26th/27th Dec: Two Watches at NCI Calshot
Because we use Google Maps and other services, using our site may place cookies on your computer. If you continue to use this site we will assume that you are happy with it.Ok