Plantations and the Windward Side

Windward Side: The Hawaiian Islands lie in the zone of trade winds from the northeast or east-northeast. On Oahu a mountain barrier means that most precipitation falls on the northeast side of the island – the “Windward Side”.

The first day that we had a hire car we drove to the “Windward Side” of Oahu. We made the obligatory stop at the spectacular Nu’uana Pali Lookout with views over the Windward Side of the island, and went on to view the Byodo-In Buddhist Temple which had been dedicated in August 1968 to commemorate the 100th anniversary of the first Japanese immigrants to Hawaiʻi.

Photo Gallery: the Windward Side… 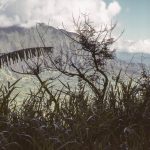 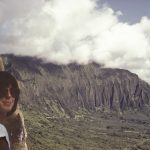 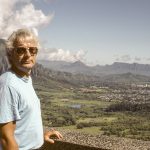 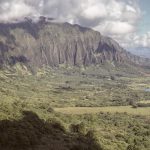 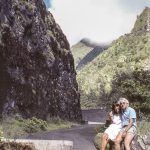 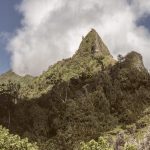 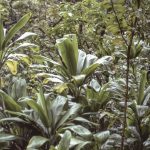 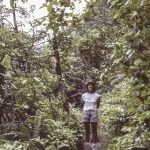 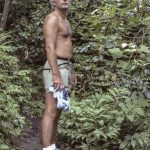 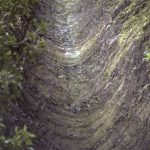 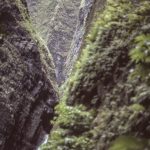 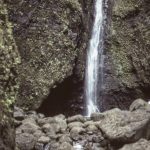 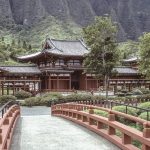 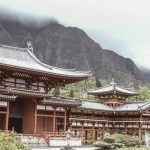 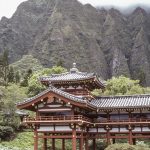 Plantations: The route to the North Shore from Honolulu goes up the central lowland region past plantations of pineapples, bananas, and other tropical fruits. An organised excursion from the meeting was to an “Hawaiian Luau” consisting of a “Polynesian buffet while enjoying an extravaganza of song and dance”.

Frankly it was so bad that those with hire cars left early and those who arrived in the organised coaches were offering bribes to be able to leave with them! Maybe such entertainment would have appealed to American holiday makers bent on enjoying themselves, but for a large group of well-travelled meeting-weary scientists it was a bad choice!

Much more interesting would have been a tour of the surrounding plantations which we saw in driving up to the North Shore. 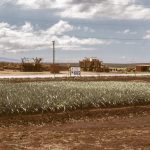 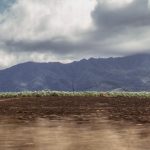 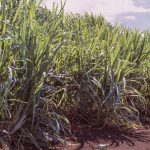 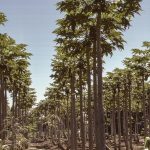 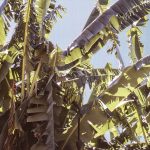 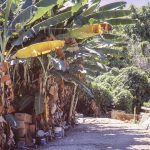