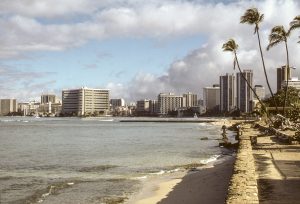 Named after the Sans Souci Hotel, “Carefree” Park separated the New Otani Kaimana Beach Hotel from the main hotel strip at Waikiki Beach. I’d walk through the park each day going to and from the IAMAP/IAPSO assembly in the Hilton Hotel at Waikiki. At the Kaimana Beach end of the park was the War Memorial Natatorium, a salt water swimming pool. 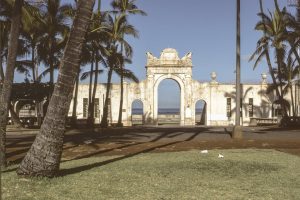 Building a swimming pool as a War Memorial seems an interesting idea but sadly it has fallen into disrepair, and was closed when we saw it in 1985. Apparently there have been plans to renovate it but the aerial view on Google Maps suggests that it is still deteriorating. If they demolish it they will need to replace it with a breakwater, else Kaimana Beach will loose much of its sand. 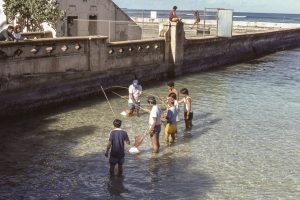 The Natatorium seemed to be a popular site for groups of locals to fish in the shallow water. We didn’t find out what they were catching!

As well as the various sun shelters, the park has some large Banyan trees which provide shade. On one occasion, in the park with Nicky, we saw a man sitting under a tree hand weave a pile of palm fronds into a hat which Nicky bought of him. 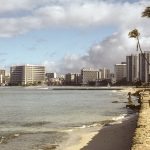 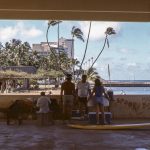 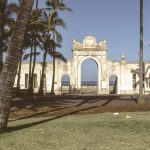 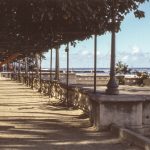 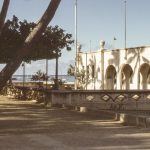 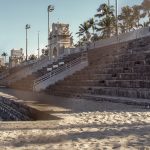 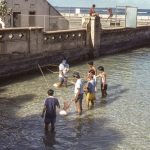 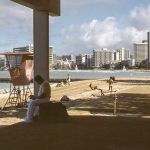 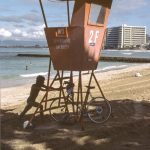 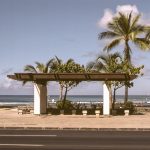 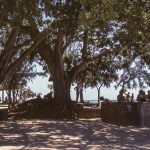 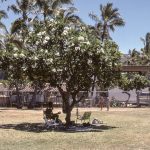 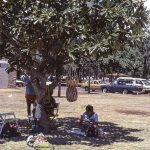 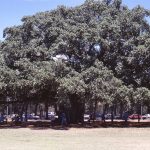 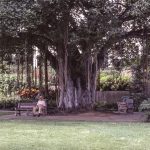 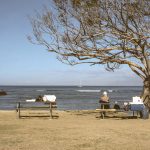 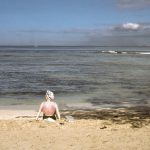 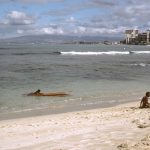 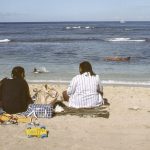 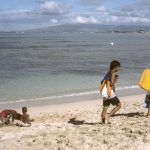