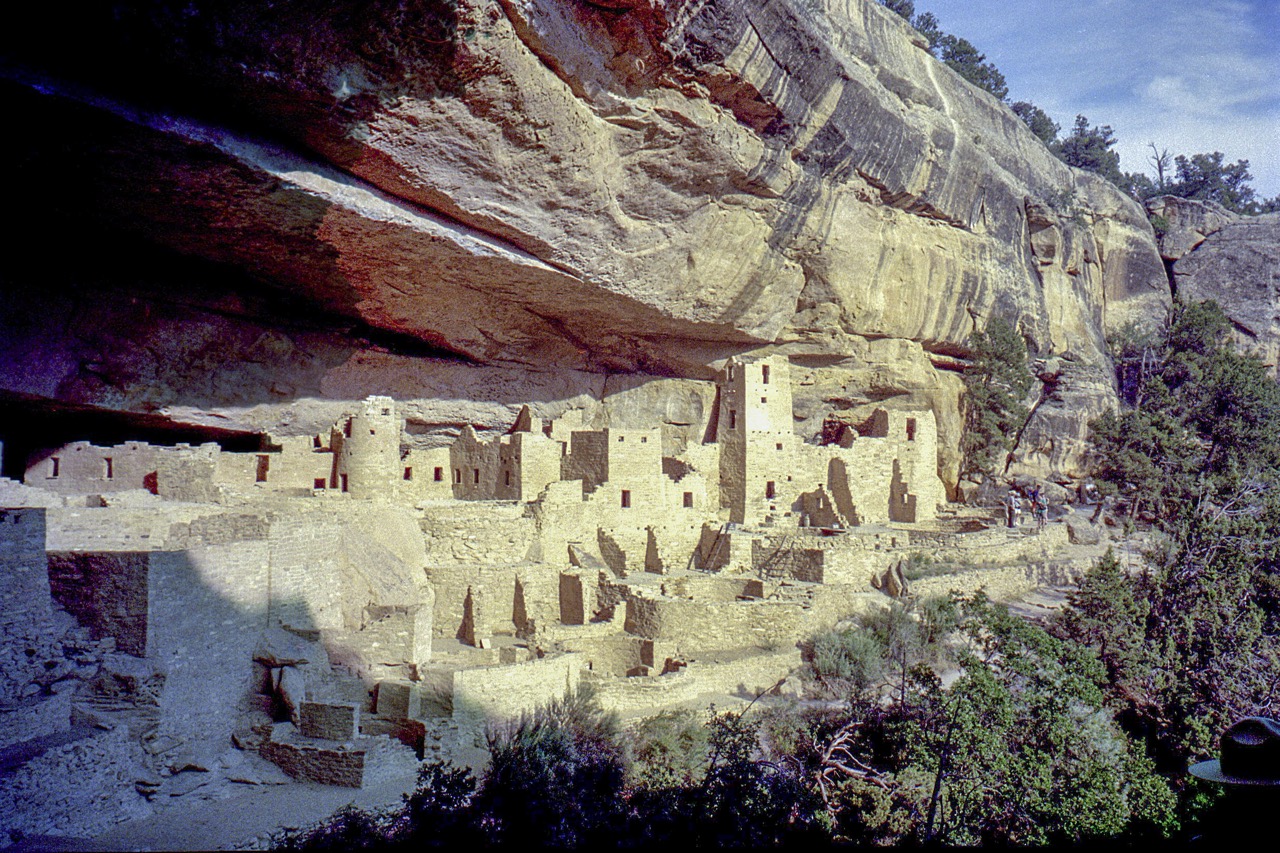 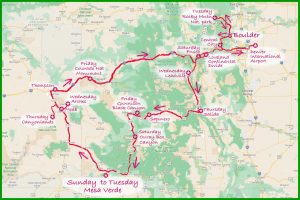 I can’t remember why I was in Boulder in 1998 staying at the University of Colorado. I’ve been to Boulder several times since it is the location of the National Center for Atmospheric Research (NCAR), as well as various Government Agencies.

My friend Zoe came with me and we spent a couple of weeks exploring parts of Colorado and Utah, either staying in hotels or camping. I didn’t keep a diary so I’ve reconstructed our route from a few notes, and the photographs taken during the trip1.

1 Notes: Where a  “guide book” is mentioned it would either be “The Colorado Handbook” by Stephen Metzger (3rd Ed. 1996) or “The Utah Handbook” by Bill Meir & W.C. McRae (5th Ed. 1997) both published by Moon Publications Inc.  The photographs are digital “prints” from colour negatives some of which had degraded over time.The route maps shown are based on a screen capture from Google Maps. The Mesa Verde map is based on satellite imagery from Google Maps combined with information on roads, cliff dwellings and stream beds from the National Park map.

Seatern Diaries > Past Times > Work Trips > May 1998: Colorado and Utah