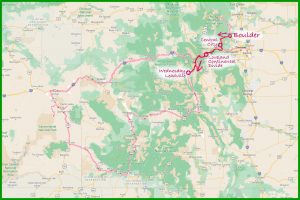 Wednesday: We headed southeast from Boulder crossing the Continental Divide at the Loveland Pass. All rivers to the east flow towards the Atlantic, to the west they flow towards the Pacific. before reaching Leadville we passed the vast Climax Mine. At one time the largest molybdenum mine in the world it had closed in 1995 but has since reopened  (Wikipedia).

The guide book describes Leadville as having “one of the most fascinating  [historic stories] in the state, if not the country”, perhaps that was why we chose to stay there for a night. 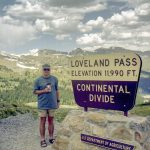 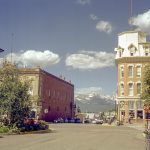 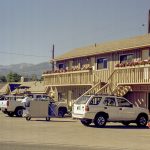 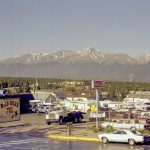 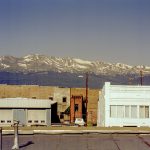 I can remember two things about Leadville, the Western Hardware store and the Silver Dollar Saloon. The photos of the hardware store speak for themselves, it opened in 1881 and was still operating as a store when we visited. 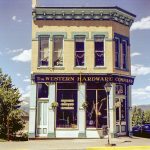 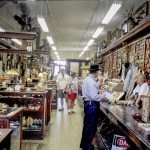 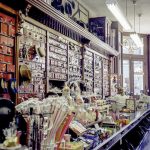 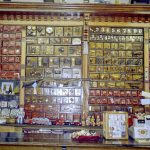 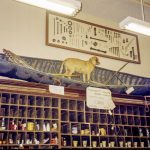 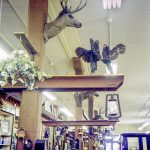 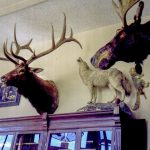 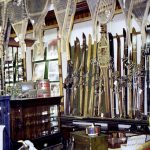 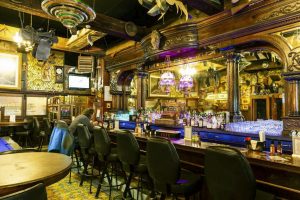 Inside the Silver Dollar Saloon (photo from their web site)

Meanwhile…  the Silver Dollar Saloon boasts a huge mirrored “back bar” (the construction where the spirits dispensers are usually mounted) which, along with other bar furniture,  was brought by train from St Louis, Missouri in the 19th century. The establishment counts amongst its past clientele Doc Holiday, the Unsinkable Molly Brown, Oscar Wilde, and now Peter and Zoe. 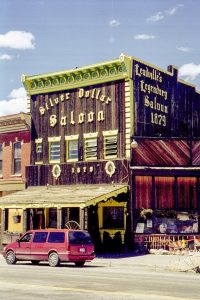 We had heard that there was going to be live music, which there was, and we spent the whole evening waiting for the locals to come to listen to it. They never did turn up. So we felt it our duty to keep the bar in business. In western films they slide shot glasses along the bar top; I think we might even have tried doing that – but my memory of the evening is all rather hazy!

Things change. Looking at the Silver Dollar Saloon web site nowadays it looks as if they have gone up market with more emphasis on food; perhaps they get more custom that way. At least they are still in business, and we helped preserve an historic establishment over one night in 1998!