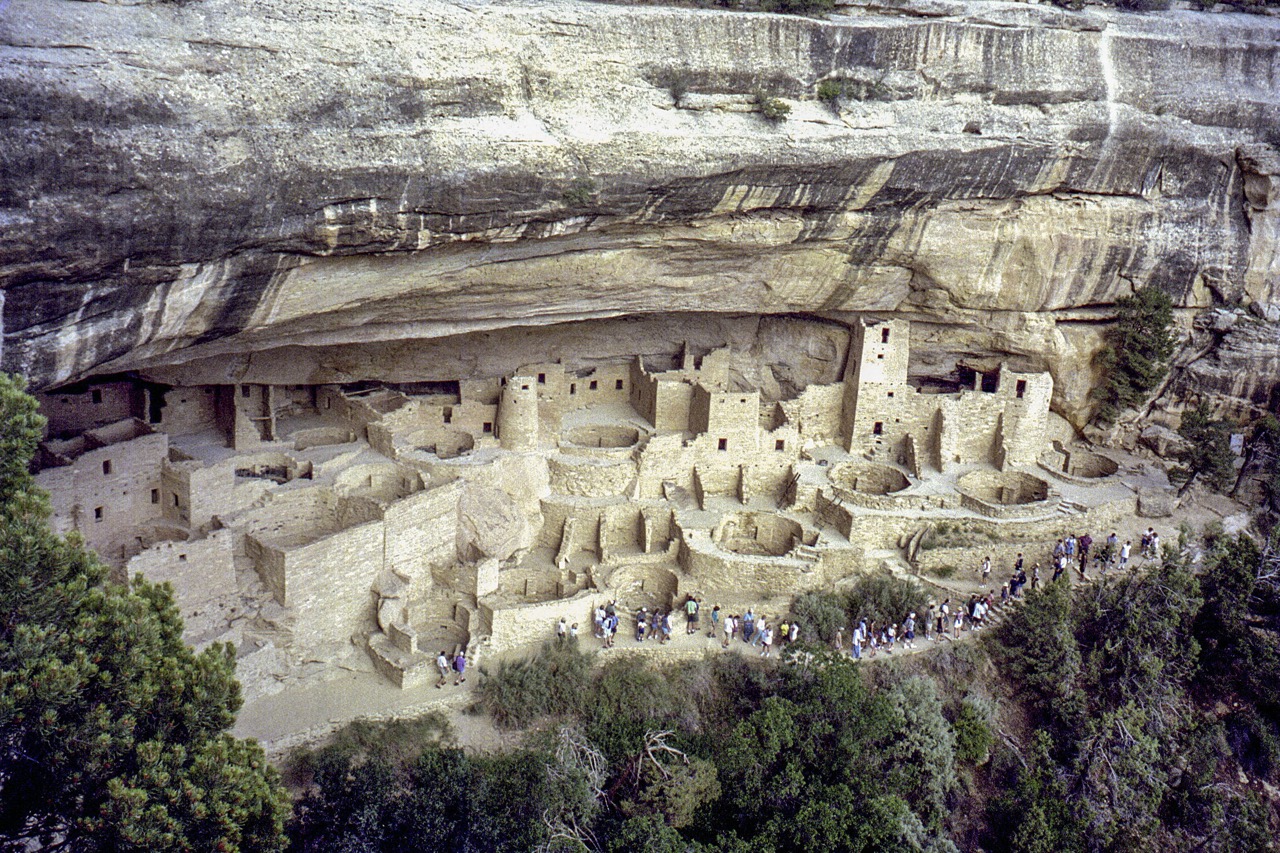 [this an Introduction – click here to skip to Cliff Dwellings photos] 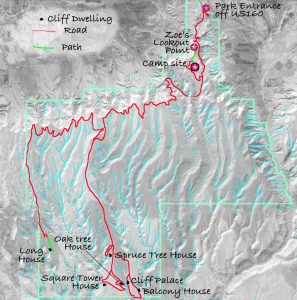 Mesa Verde is not like the near vertical flat topped mesas of, for example, Monument Valley in Arizona. Rather it is in geographic terms a “cuesta”, that is a raised area with an abrupt slope on its northern (and northeastern) side and a gentle “dip slope” southwards away from the ridge line. Many drainage channels run south from the ridge line. Although water flow in these streams is very intermittent, over the millennia it has cut deep canyons into the dip slope area. 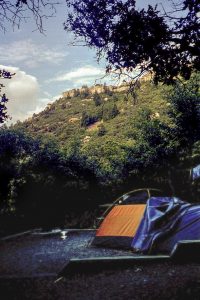 Our camp site at Mesa Verde.

The mesa caprock is the Cliff House Sandstone. Rain water percolating through the sandstone emerges at the boundary with an underlying shale layer forming a seep spring, the only reliable source off water on the mesa. By dissolving the calcium carbonate in the sandstone, together with the effects of winter freezing and thawing, the water seepage has in places resulted in large overhangs. Into some of these sheltered alcoves the Anasazi people built their cliff dwellings around the period 1100 to 1300AD.

It was to be able to camp at Mesa Verde that I’d brought along camping gear on this USA trip. The National Park is entered from the US160 to the north and the road climbs a ridge with the camping ground which is near the escarpment top. The park road then zig-zags west along the ridge line with two main spurs southwards giving access to the cliff dwelling sites. 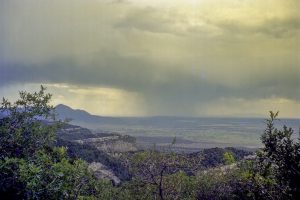 View from the Lookout Point.

Despite the altitude, the nights we were there were warm and we kept the tent flysheet rolled back (as in the photo). I’m a light sleeper, which was an advantage one night when I was woken by the sound of rain and covered the tent in time for us to stay dry; Zoe slept through it all!

From the camp site path led up to a lookout point from where Zoe was keen to watch the evening thunderstorms which are a feature of summertime New Mexico. I couldn’t help thinking that standing on the highest point around was not a good idea during a thunderstorm!

As in other National Parks I’ve been to in the USA, the campsite was well laid out with trees and other undergrowth separating the individual plots. In the photo of a deer which visited us one evening you can just see our neighbour’s tent. 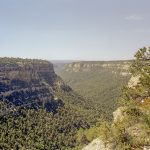 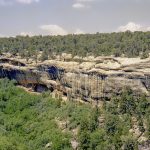 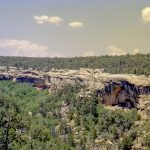 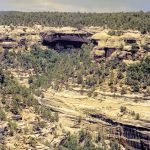 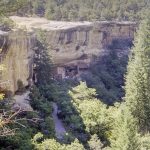 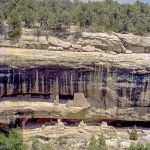 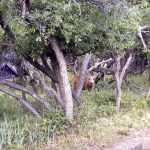 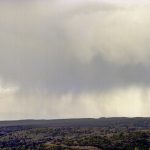 [Previous – From Leadville]     [Next – The Cliff Dwellings: Photos]