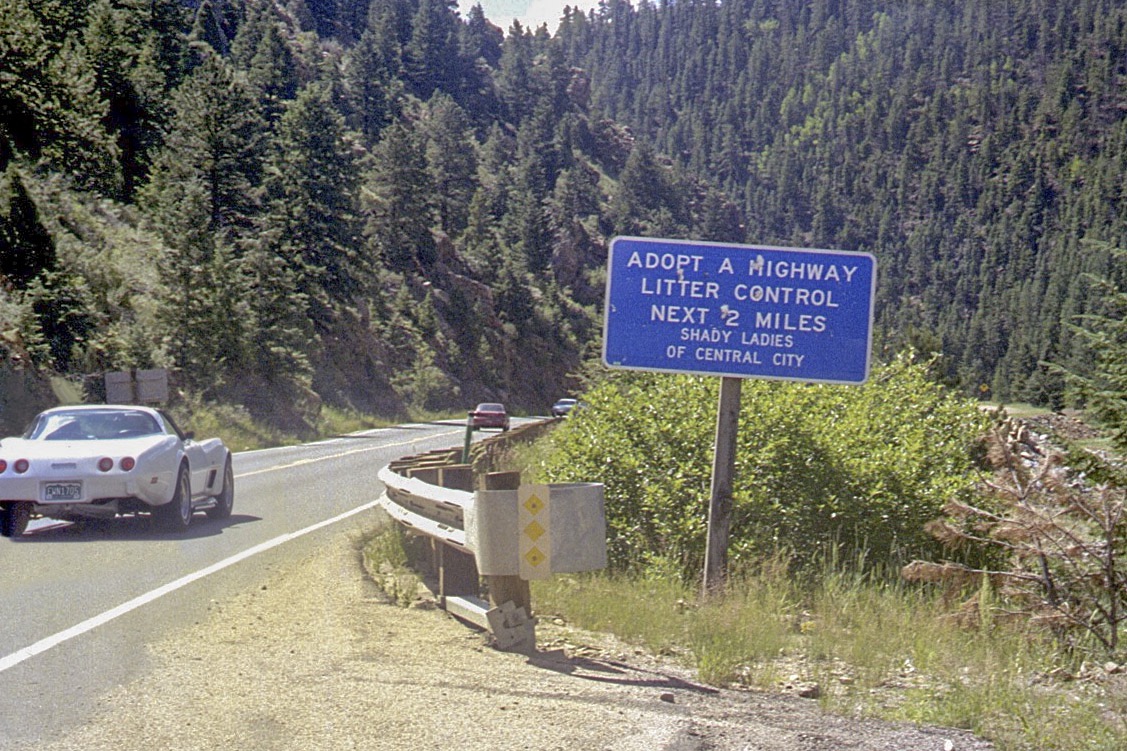 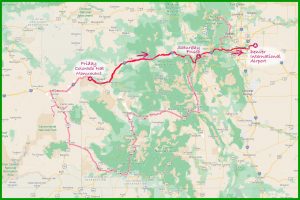 Whilst in Boulder I’d hired the car from Denver Airport so that we would be able to return it there before flying back to the UK without incurring “Drop-off charges” . Appropriately, we visited an old mining area before spending the night in Frisco, an old mining centre, …where it rained!

On the road towards Denver we were amused by the highway “litter control” sign. According to the Denver Post the “Shady Ladies of the Central City Motherlode”, to give them their full name, are a charitable/historical organisation. They are based in Golden, near Denver, but the group grew out of Central City’s  “Lou Bunch Day”, which is an annual celebration for a famous prostitute.

Photo Gallery – on the way back… 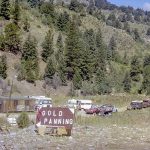 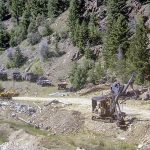 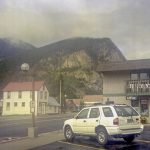 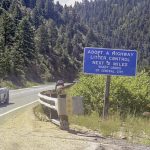 I don’t remember the flight back which probably means it was an uneventful end to a memorable trip.