Addo Elephant National Park was founded in 1931 when, following a previous Government backed campaign to destroy the local elephant herds, there were only 11 elephants left in the area. 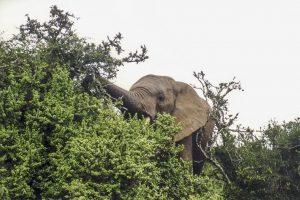 When we visited in 1998 it was described as a small (145 km2 ) park with about 200 elephants. Nowadays it is much bigger, Wikipedia describes it as the third largest in South Africa with more than 600 elephants in a 1640 km2 area which now stretches right down to the coast.

Whereas nowadays there are surfaced tourist roads, in 1998 the roads were dirt tracks which might be closed after rain storms. The main driving hazard we experienced in the park was to avoid the dung beetles as they rolled their dung balls collected from the elephant droppings.

Since seeing elephants at the park was the main target of our road trip from Cape Town, we were excited when, along with other wild life, we saw our first elephants, albeit somewhat distant.

Photo Gallery: our first elephant (and other wild life)… 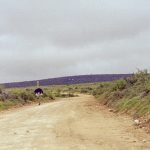 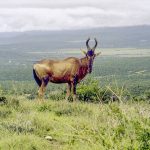 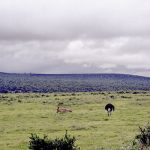 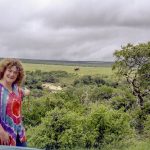 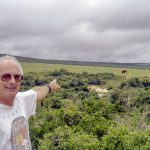 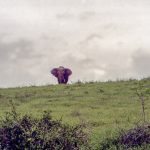 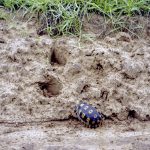 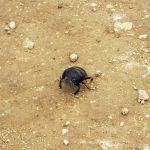 However further on into the park we had a much closer view of some of the Addo elephants. I feel privileged to have been able to see such magnificent animals in their own habitat. 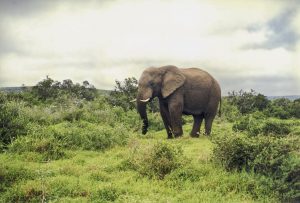 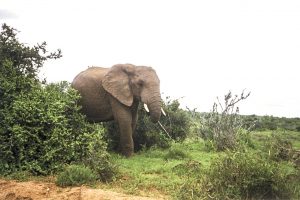 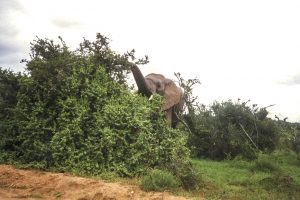 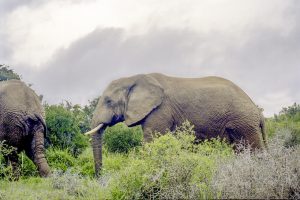 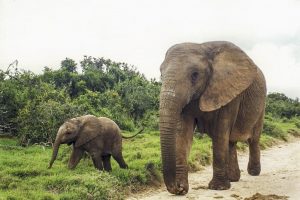 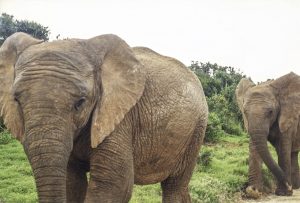 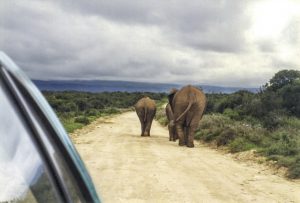 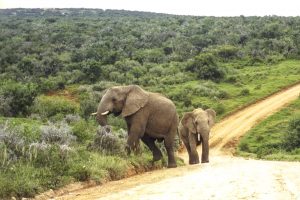 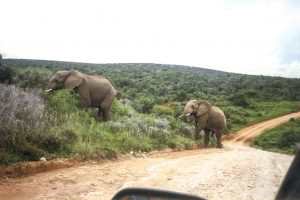