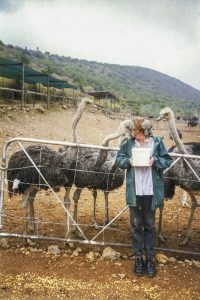 From the sand dunes of De Hoop National Park we headed inland to Oudtshoorn in the region known as the Little Karoo. North of the town we visited the Cango Ostrich Farm, which the guide book suggested was the least commercialised of the three farms open to the public.

Rather than being part of a group tour we were shown around by one of the keepers. It amused me that, as he left his open topped jeep, he removed the keys bemoaning that lawlessness in South Africa was so now bad that you could no longer leave the keys in the ignition!

It had recently rained so the ground was declared too wet for us to be able to ride the ostriches… for which we were both extremely thankful! Looking on the web site it appears that nowadays they do not allow visitors to ride them; I image both visitors and ostriches are glad! 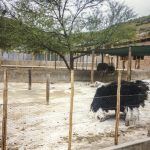 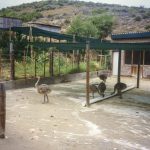 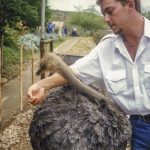 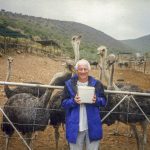 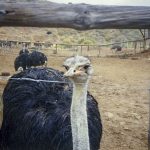 Several km north and west of the Ostrich Farm are the Cango Caves and beyond those the Rust en Vrede (rest and peace) waterfall to which we hiked. Here it was touch and go whether the road would be open, or whether we would manage to drive out if there was more rain. 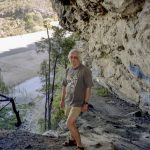 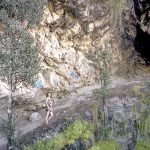 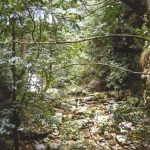 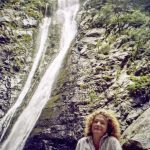 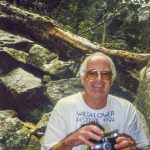 Scenery at or near the Cango valley