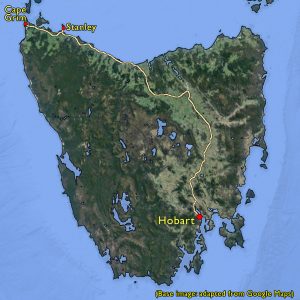 At the end of the meeting we were given the option of visiting the CSIRO Cape Grim Baseline Air Pollution Station (CG BAPS) which first began measuring the composition of the atmosphere in April 1976 and has been in continuous operation since that date. Cape Grim is one of the three premier monitoring stations in the World Meteorological Organization-Global Atmosphere Watch (WMO-GAW) network. The others are Mauna Loa in Hawaii and Alert in the Canadian Arctic.

The JSC meeting closed at 1345 on the Friday allowing us to travel by coach to over-night at Stanley, some 400 km (250 miles) north of Hobart, on the Friday afternoon, visit Cape Grim on Saturday morning, and then return to Hobart that day. 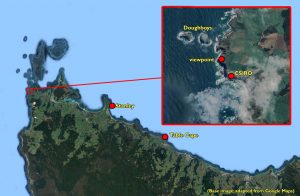 The main landmark at Stanley is “The Nut”, an isolated volcanic plug. Cape Grim is about 50 km (30 miles) west of Stanley. On a morning stroll I was amused to see an “anemometer”, a wind sculpture which seemed appropriate given the destination for the trip.

As we neared the CSIRO station we were taken to a view point and warned, before getting out of the coach only to walk on the short grass since there were likely to be highly venomous Tiger Snakes in the long grass areas. 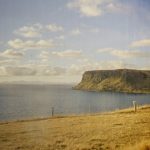 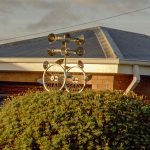 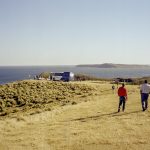 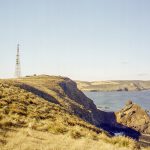 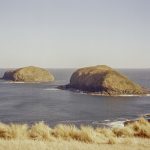 Views from the CSIRO Station…

Looking north to Bass Strait and the Australian mainland

Looking south along the coast.