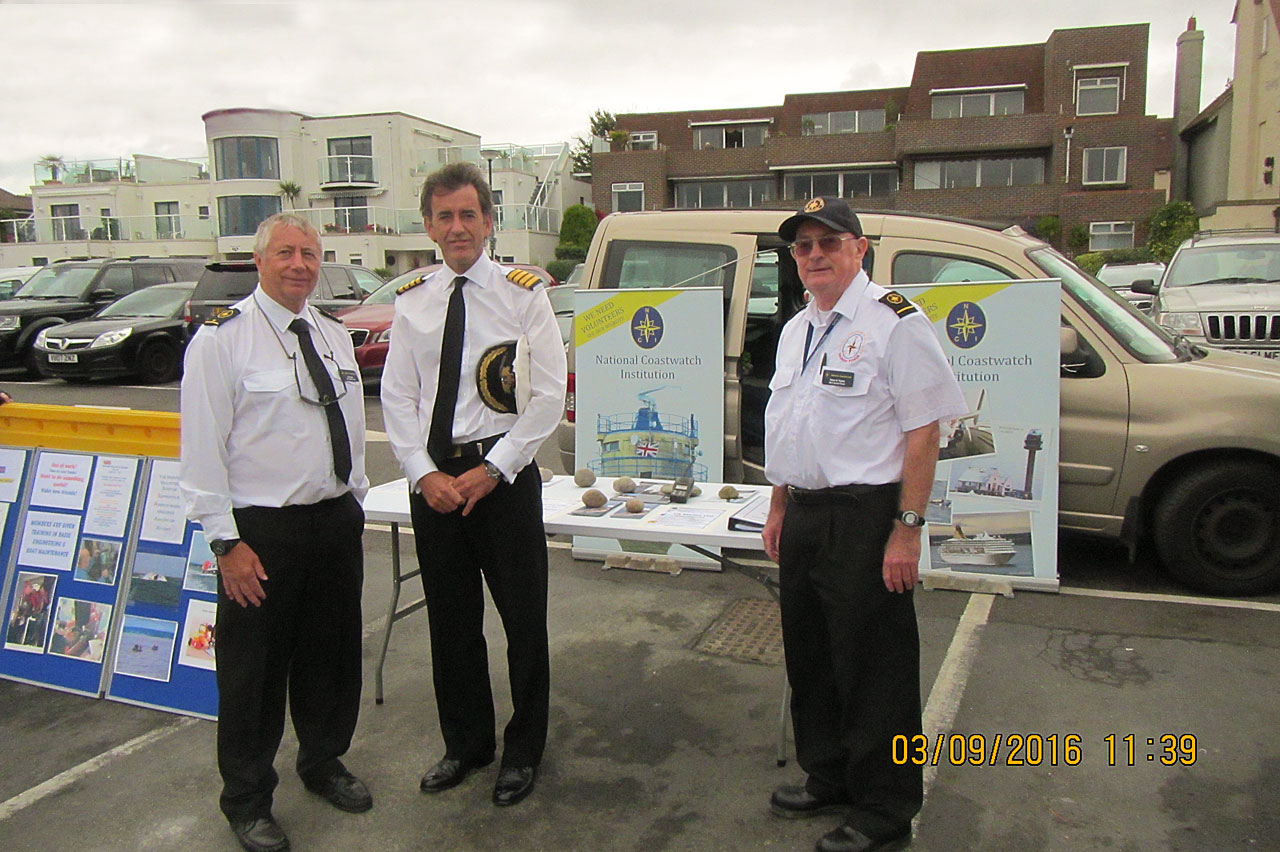 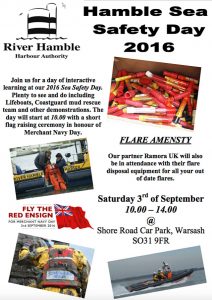 Ian Davis had asked if I would like to help him represent Calshot NCI at the Hamble River Sea Safety Day. It turned out to be a dull day with increasing wind and rain forecast. Publicity for the day was poor – a web search only revealed a mention on the Calshot NCI blog! As a result most of the people who turned up were bringing out of date flares for disposal. However some of these showed a genuine interest in NCI so it was a useful day.

The guys collecting the flares on Saturday were actually a bomb disposal team! They set off a couple of flares – a hand-held orange smoke flare and a red hand held distress flare. It was windy and the orange smoke flare was remarkably ineffective since the smoke became dispersed a short distance down wind. The photo montage shows the technique used for letting off the red distress flare. First you go a long way down a pontoon away from anything which might catch fire or be harmed. You then don a large helmet with full face mask and put on a thick leather gauntlet. Then you light the flare and hold it slanting downwind so the copious white hot embers which fly off the flare don’t set fire to your clothing. 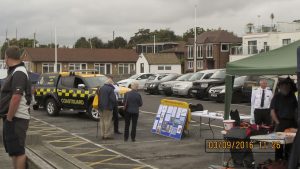 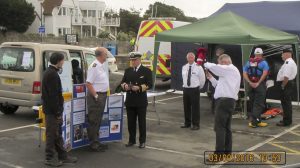 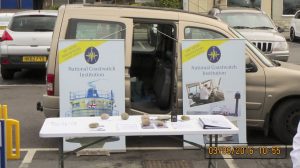 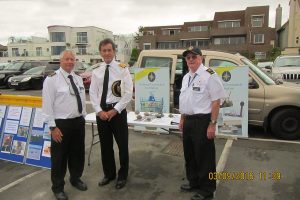 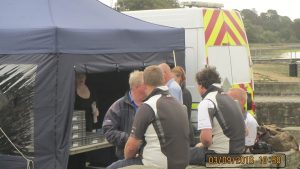 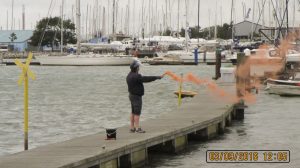 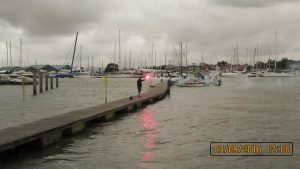 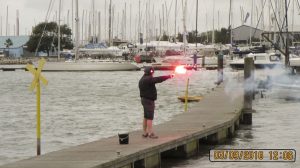 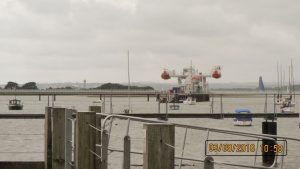 Seatern Diaries > 2016 > Diary Entry > 3rd Sept: Hamble Harbour Sea Safety Day
Because we use Google Maps and other services, using our site may place cookies on your computer. If you continue to use this site we will assume that you are happy with it.Ok