Although parts of the Solent can get relatively rough at times, especially with wind against tide, the waters immediately in view of Calshot Tower are sheltered from strong southwesterly winds. There is a long fetch to the southeast along the eastern Solent and the English Channel beyond, however strong south-easterlies are rare. Northwesterly winds are more frequent and the fetch along Southampton Water is about 5 to 6nm. On Sunday 27th January a force 6, gusting force 7, northwesterly produced waves which the Douglas Scale for wind seas calls “slight” (0.5m to 1.25m) but which for Calshot appeared decidedly rough! 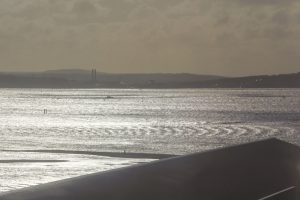 At one time during the afternoon the sun glint picked out a wave group propagating into the region between two of the Calshot Spit gravel ridges. presumably caused by a wake it demonstrated the effect of varying depths in bending the wavefronts.

Below are some further photos. 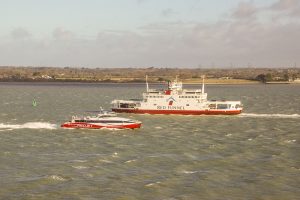 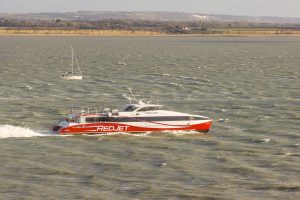 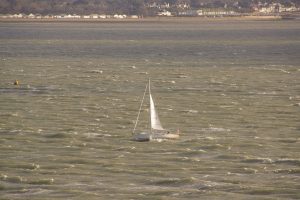 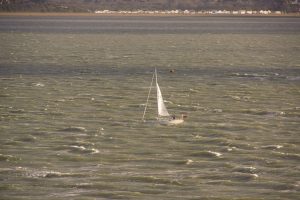 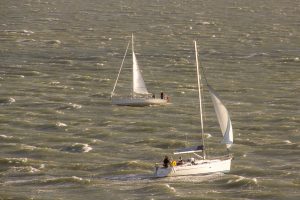 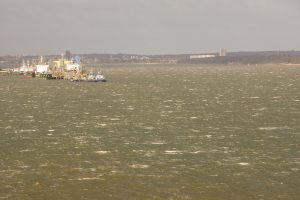 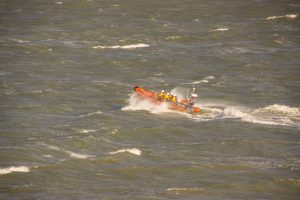 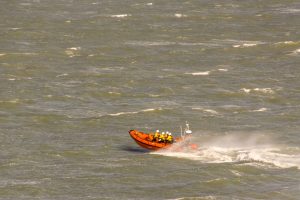 Seatern Diaries > 2019 > Diary Entry > 27th January: Rough Seas at Calshot
Because we use Google Maps and other services, using our site may place cookies on your computer. If you continue to use this site we will assume that you are happy with it.Ok