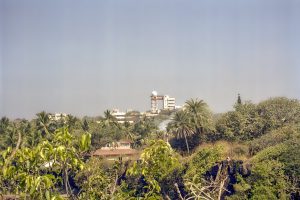 The National Institute of Oceanography

The first session of the JCOMM1 Ship Observations Team was held at the National Institute of Oceanography (NIO) in Dona Paula, Goa from Monday 25th February 2002 to the following Saturday, 2nd March.

Having been invited to take part I decided to take a few days holiday before the meeting and my friend Zoe came to Goa with me.  As part of the meeting a scientific workshop was organised on the Tuesday (26th February) with 15 papers presented to more than 50 attendees. 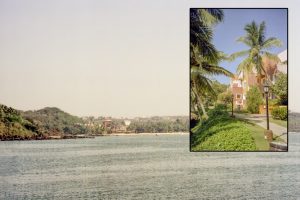 The official arrangements were for participants in the JCOMM meeting to stay at the Cidade de Goa, a modern beach-resort complex situated about 1 km east of NIO.

The room rates seemed more what one would expect to pay in the USA rather than India, and the hotel and it’s location looked uninviting, especially for Zoe to be based there during the week’s meeting. I got the impression that it would feel like being in Florida rather than India! 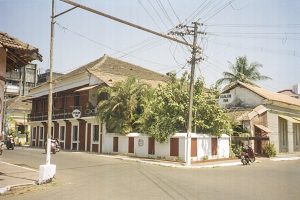 I therefore booked a room in the Panjim Pousada] which I’d seen in a recent article in the Independent on Sunday newspaper listing the “best international Bed and Breakfast places”. Situated in Panaji (“Panjim”) it would be a 7km tuk-tuk or taxi ride south along the coast to get to the meeting, which sounded OK at  the time I booked the hotel!

While staying in Panjim we visited the Anjuna Flea market , and took a river trip to Old Goa. 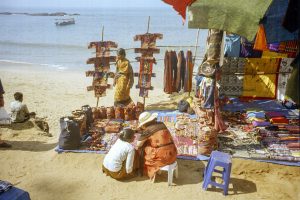 We also travelled checked out the journey south along the Miramar and Caranzalem beaches towards Dona Paula and I came to the conclusion that staying in Panjim, with its traffic fumes and noise from a myriad of motor-scooters, and travelling the bone-shaking road south did not appeal!

Thus for the week of the meeting we transferred to the Prainha Hotel “Cottages” in Dona Paula, more or less next door to the NIO. 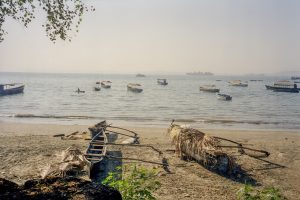 While at Dona Paula we found the Goan Delicacy café, a hidden gem; Zoe went on a boat trip and also photographed some of the many flowering plants and shrubs .

1JCOMM is the Joint Commission for Oceanography and Marine Meteorology, which is jointly sponsored by the World Meteorological Organisation, WMO, and the Intergovernmental Oceanographic Commission (of UNESCO), the IOC.