During our stay in Panjim (now officially Panaji) we mainly visited nearby places such as Old Goa and the market at Anjuna .  Other events I don’t remember but suggested by photos, were visiting the market at Mapusa and a “sunset” cruise. Coming back from the latter we were amused to find some cows spending the evening at the cross roads outside the Pousada where we were staying. 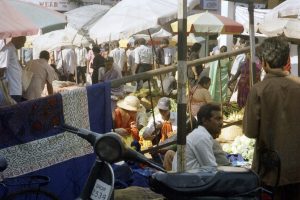 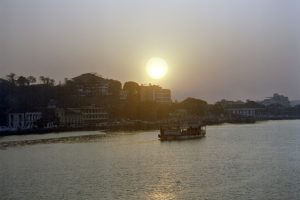 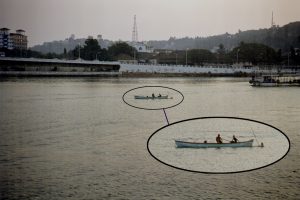 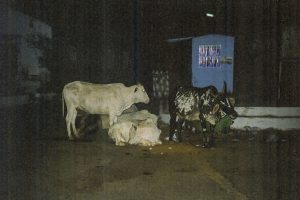 One evening in Panjim (I think) we viewed a procession where the musical accompaniment included female vocals which we realised were coming from a man, surely a castrati although that practice is supposed to be in the past?

Otherwise the only photos we have from Panjim record the motor scooters which dominated traffic in the town, and the Menezes Braganza Gardens near the river frontage which are named after Luís de Menezes Bragança, a Goan who campaigned against the Portugese colonisation of Goa (which lasted until 1961 and Indian control was only recognised by Portugal in 1974 – Wikipedia). 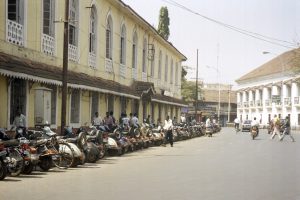 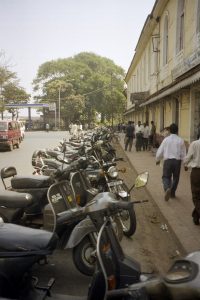 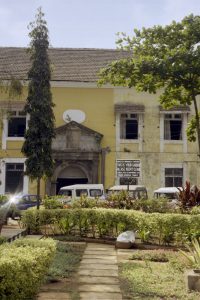 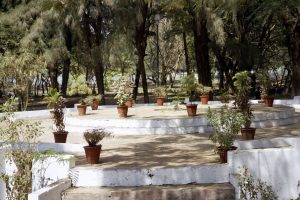 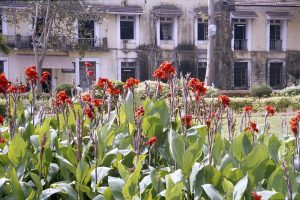 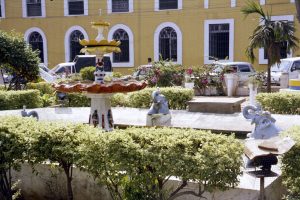 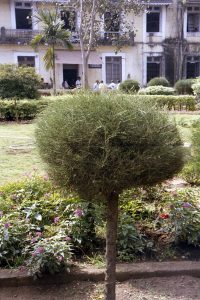 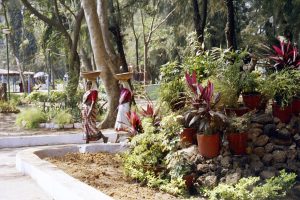 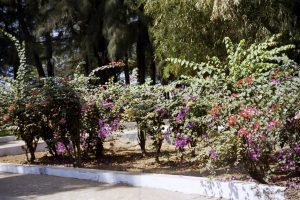 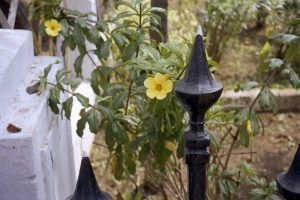 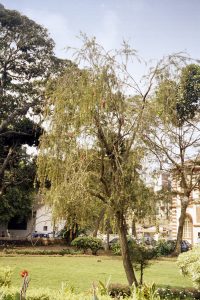 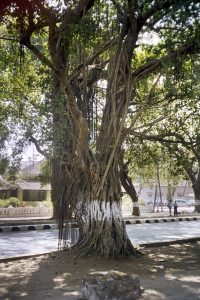 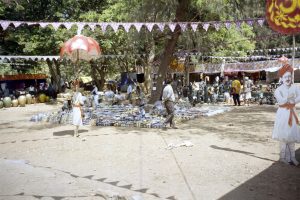 We also went out to Dona Paula [diary entry] once to check where my meeting was and then to arrange new accommodation nearer to the National Institute of Oceanography in the Prainha Hotel Cottages [diary entry].