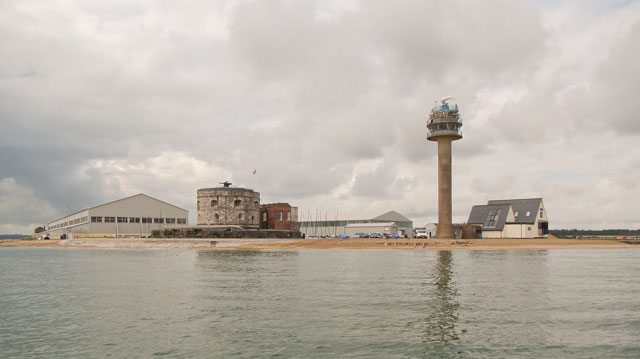 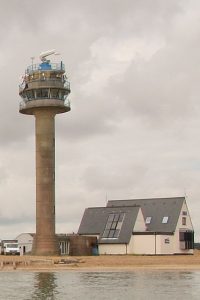 I managed to avoid buying stuff at the Boat Show but I got persuaded to join the National Coastwatch Institution. I’d been wondering about it for some time but had assumed that they would have had no difficulty manning Calshot, the nearest station for me to get to. However I discovered that they did need new recruits – so Seatern now has a rival for my time!

I’d visited Calshot Tower soon after the Boat Show to have a look around and to demonstrate I was capable of climbing the ladders inside the tower. However, today was my first watch period (1600-2000). I’m classed as an “Assistant Watchkeeper” – the lowest grade – until I’ve started the training course and proved capable of the job. It’s certainly a good view from the Tower!