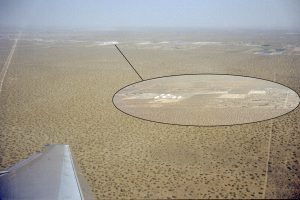 Day 1 (Saturday): This trip had an inauspicious start! On the morning of my flight I discovered that the plane left London Gatwick airport at 10am rather than 11am and I was not being picked up until 8am. Fortunately the taxi turned up on time and we got there in one hour, 20 minutes. At least the earlier flight time allowed me to catch an earlier connection from Dallas/Fort Worth to arrive at El Paso, Texas earlier than I expected. 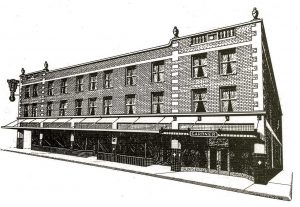 After a panic at the airport searching for my driver’s licence I drove to the Gardner Hotel which at that time was a Youth Hostel with a few private rooms. I was given the room which the 1920’s gangster John Dillinger is supposed to have used; situated on the 2nd floor on a corner of the building, hence allowing view of anyone approaching on either road. 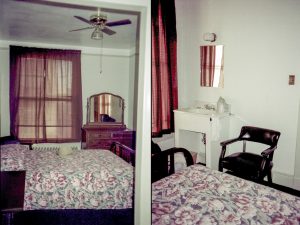 When I asked Joe, on the Hotel desk, where was the best place to get a meal he answered “Mexico” which was only a one mile walk away. He reminded me to take my passport. To get  into Mexico you only need to pay the fee (a dollar if I remember); to return into the United States it is free, but you definitely need to show a valid passport! 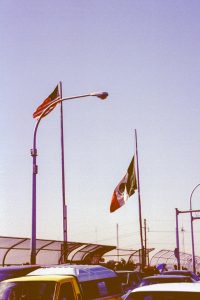 Over the border into Mexico.

When Texas (Tejas) was still part of Mexico, Paso del Norte was the main crossing on the Rio Grande. It still is, but the Rio Grande now splits El Paso, Texas, USA,  from Ciudad Juárez, Chihuahua, Mexico. The combined conurbations seem to function as a single city with a vast amount of traffic continually crossing the border in either direction.

Juárez has a bad reputation for drug related killings, but what a lively contrast it was to El Paso with people thronging the streets and life in all the cafés and bars. I bought some pesos and had “Indio” cerveza oscura in a pleasant, if somewhat American influenced, bar. I was to return to Juárez during the last couple of days of my trip.

When I recrossed the border and wandered back toward hotel, everywhere in US side seemed already closed.  Next to the Gardner Hotel, the Briar Patch bar was decorated with statues of naked men. The bar tender, and many of the patrons, was sporting the “moustache and white vest*” Freddie Mercury look; apart, that is, from one rather large transvestite. However it was one place that was open, and an acceptable place for a drink on the first evening of my trip.

*i.e. undershirt in the US