Ballooning on Discovery and Cumulus 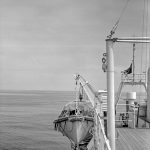 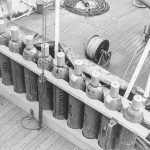 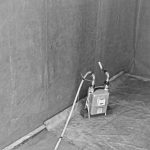 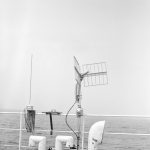 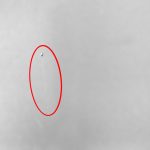 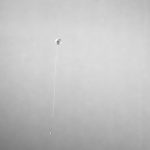 Balloons launched from Discovery: The radiosonde balloon programme on RRS Discovery had the twin aims of developing the double balloon system and testing the use of Lo-Cate for determining the wind profile.

In JASIN 1970 the balloons were filled with Hydrogen from a bank of gas cylinders. I soon discovered that the vibration on the ship caused some of the pillar valves to start to leak and, mindful of the explosive nature of hydrogen,  for safety I vented the leaking cylinders empty. On future cruises we used helium which was more expensive and needed a larger volume balloon to give the same lift. However it felt much safer!

To control the ascent and decent rates we needed to inflate each balloon to give a precise amount of lift. On land the balloon is inflated until it lifts the required amount of weights which are attached to the filling nozzle. Since this would not work well on a ship, we used a domestic gas meter… but not the sort that you had to put money into!

The balloons were inflated in a tent like construction on the boat deck which gained the nickname “Rose Cottage”. 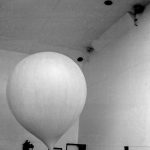 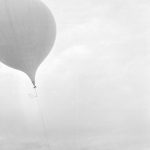 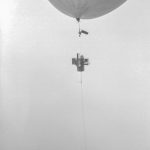 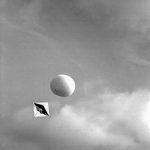 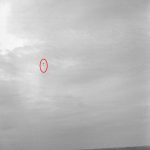 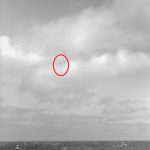 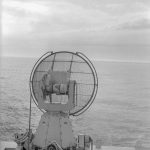 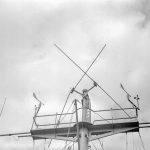 For JASIN 1970, OWS Cumulus also carried a Lo-Cate system which was supplied by Plessey Radar Ltd. and, I think, was about to be supplied to the Freie Universität Berlin.  It was accompanied by an engineer from Plessey Radar, the UK Agents for Lo-Cate. The main aim was to evaluate the Lo-Cate winds by comparison with the Selenia wind-finding radar on OWS Cumulus. This was done by tracking radiosonde ascents launched by RRS Discovery and by attaching Lo-Cate radiosondes to the 0600 and 1800hrs balloon ascents from Cumulus, which normally would only have carried a radar reflector.