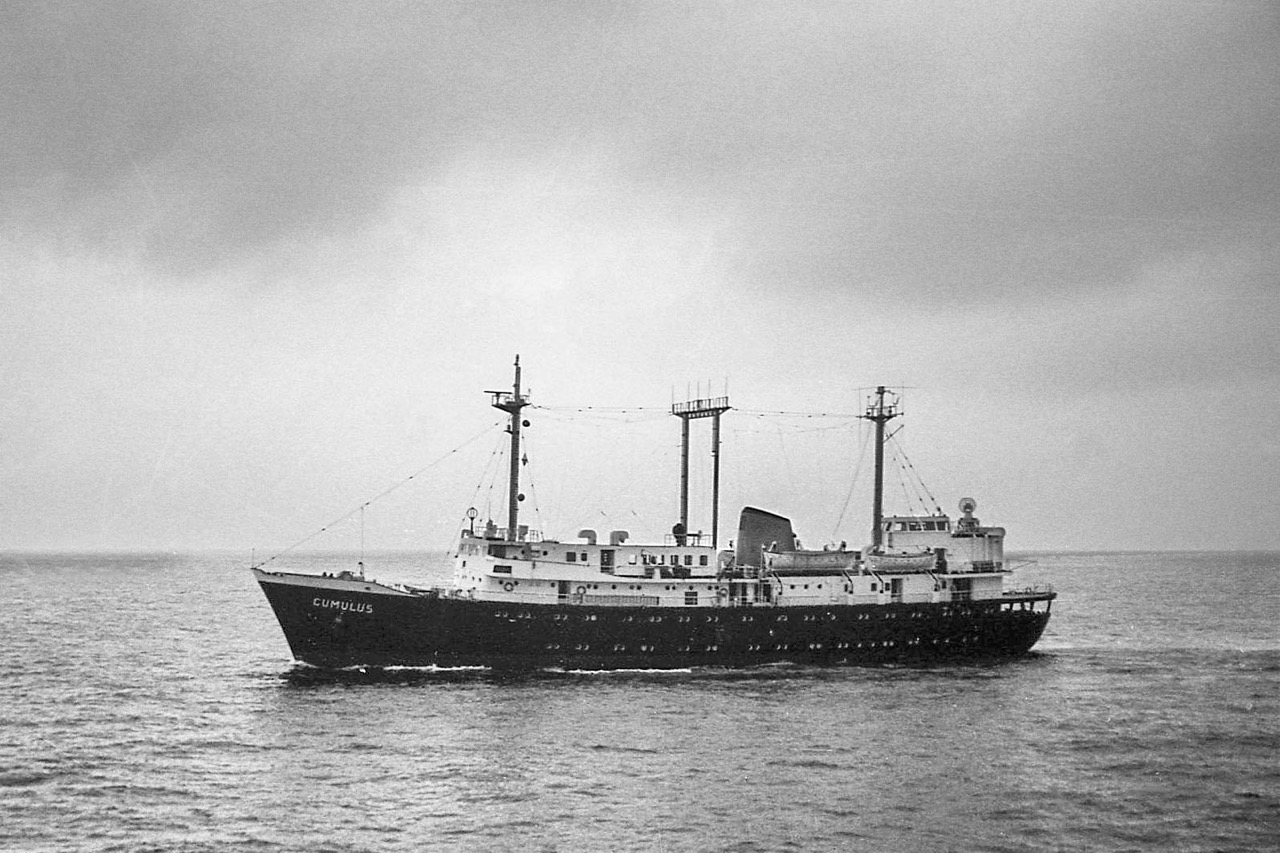 When I embarked on RRS Discovery at the start of Cruise 34 I had not expected to be transferring to the OWS Cumulus. However the move made sense in that it allowed me an extended period at sea working on the comparisons between winds from the Lo-Cate system and those measured by the Selenia radar on OWS Cumulus.

The weather ships were being partly financed by the airline industry as a navigation aid for trans-Atlantic airliners and as a potential air-sea rescue resource. However by 1970 the inertial navigation systems on the airliners were giving positions that were often more accurate than could be determined by OWS Cumulus since the latter relied on celestial navigation and skies at weather station Juliet were often cloudy.

To communicate with the aircraft, Cumulus carried a number of radio officers. Being a Dutch ship operated by the Royal Netherlands Meteorological Institute (KNMI) many of the crew were Indonesian. Each week the Chief Radio Officer appropriated food from the galley and at the weekend the smell of Indonesian cooking emanated from the radio shack. It was considered an honour to be an invited guest to one of these meals.

Another weekly tradition on the ship was an issue of Amstel beer. The crown bottle tops had one of the letters of the word “Amstel” on the inside and everyone collected them, to get free beer if I remember, although it was well known that there were very few “L”s!