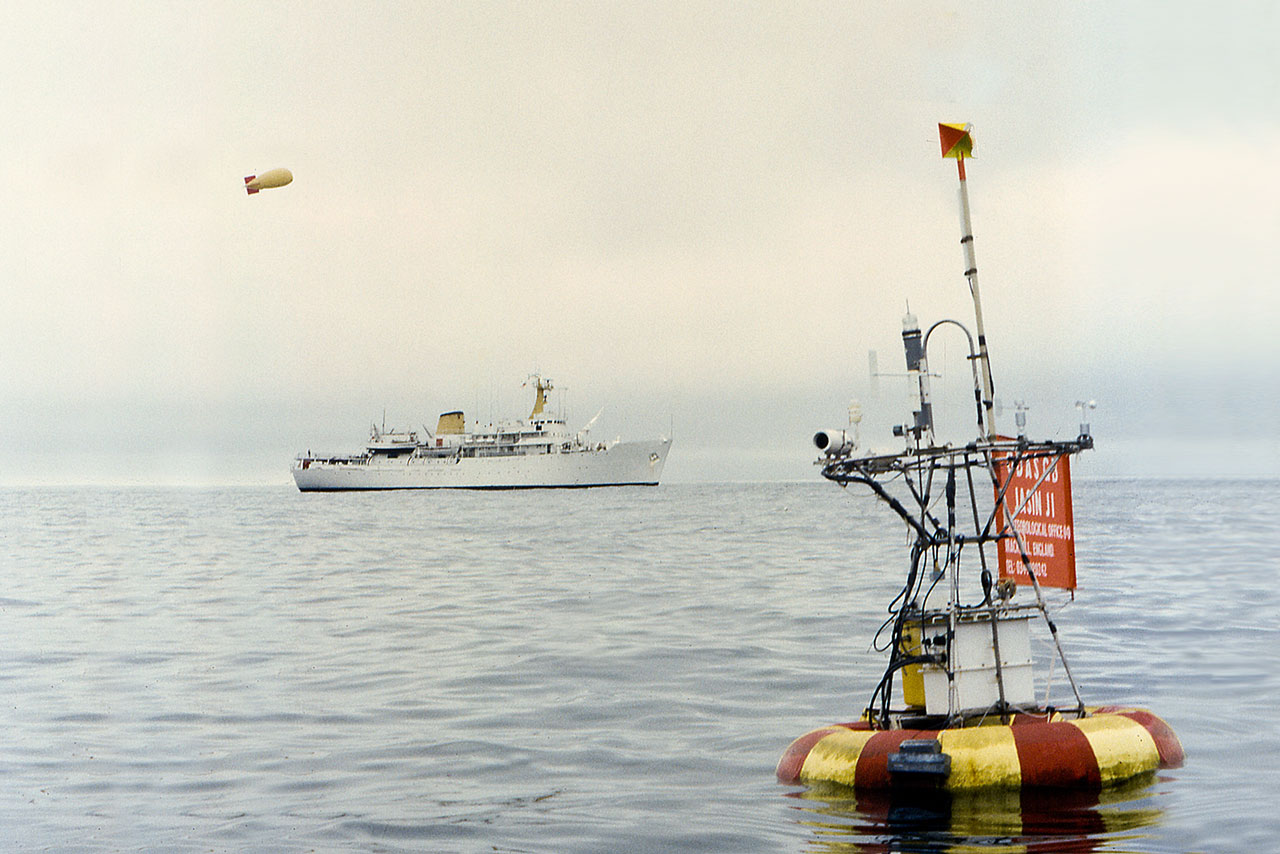 The third ship which participated in JASIN 1970 was the hydrographic ship HMS Hecla. The scientific teams onboard came from the University of Reading and the Meteorological Office.

The Meteorological Office team deployed a moored meteorological buoy and flew a turbulence sensor package from a tethered kite balloon. The safest place to the latter to be kept was in the air above the ship, so “warship Hecla” reminded me of images of ships involved in the D-Day landings with balloons flying above them.

The Reading team launched manually tracked radiosondes and also conducted a campaign to investigate low level atmospheric turbulence using smoke rockets. Twelve of the rocket flights were made in conjunction with RRS Discovery, the idea being that both ships should steam downwind keeping pace with the smoke trail and photographing its evolution from two angles.

On one occasion I was on the Bridge when a request came from HMS Hecla for Discovery to steam downwind at 14kts. Discovery’s normal top speed was 12 kts but, not to be out done, the Master called down to the engine room for full power from the diesel generators and then ordered “Full Ahead” …and hoped!

[Previous: Balloons from the ships]   [Next: OWS Cumulus]