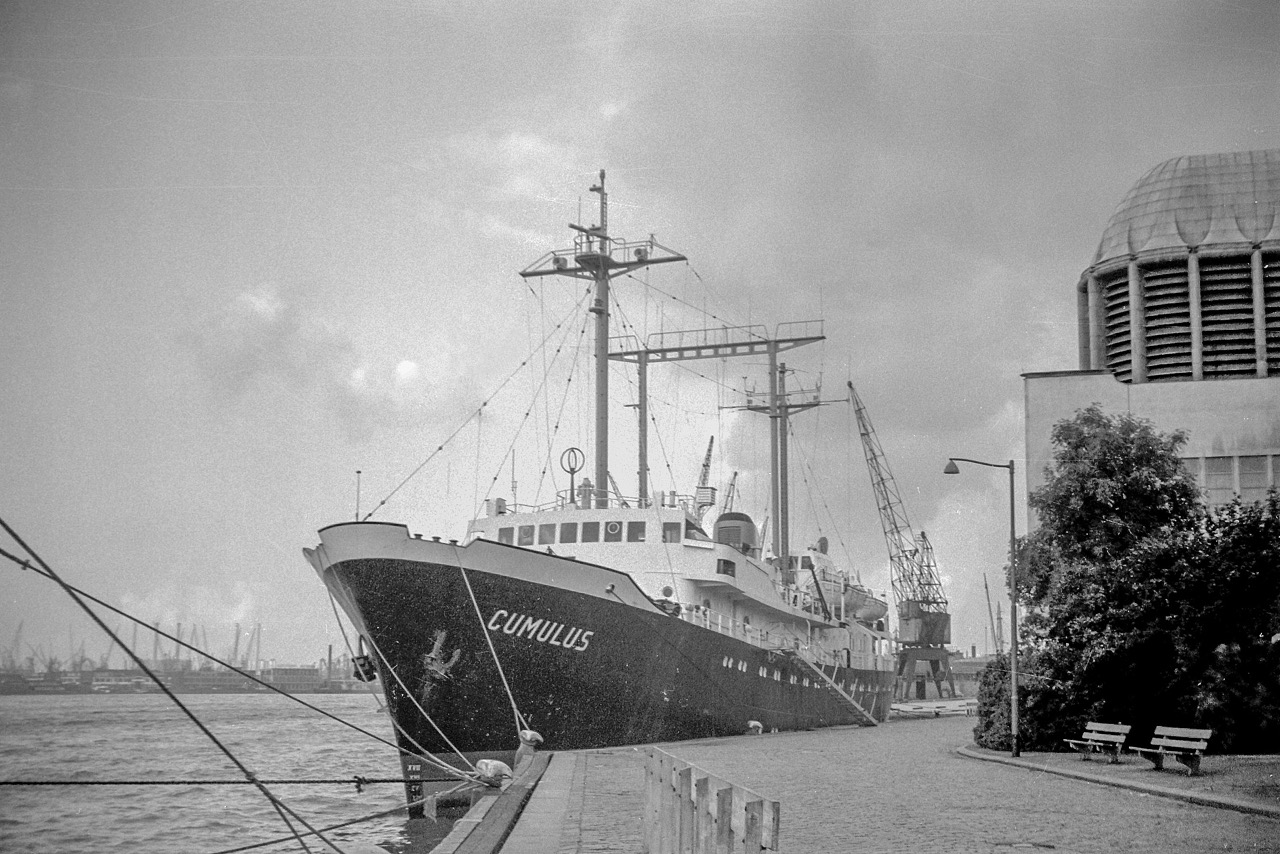 In 1970, when at sea, you were much more isolated from the rest of the world than is the case today. On a research ship nowadays you have fast internet connections via satellite. Back then your only link was via the Radio Officer. When I learnt that I would be at sea longer because I was transferring to OWS Cumulus I sent telegrams to my parents, to avoid any worry, and to my Dentist, to postpone an appointment. The latter thought that receiving a ship’s telegram was such a special occurrence, he framed it and hung it in his surgery!

Most Radio Officers would type out a short news bulletin – daily or weekly, I think it varied – and that was your main contact with the world. To telephone someone on land you had to book a “patched” call via Portishead Radio. The LF radio was simplex so the person on the telephone had to remember that all conversation was one way with the operator at Portishead having to know when to press the transmit button! 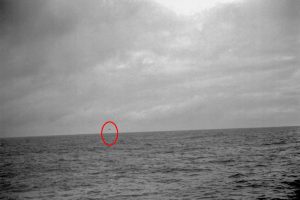 The other means of communication was by mail, normally via the ship’s agent at any port of call. On the weather ship there was a “mail drop” from an aircraft. Finding and recovering the mail canister was supposed to be practice for the weather ship’s role in air-sea rescue – after all the airline industry were still partially funding the weather ships. However when I was on Cumulus the aircraft dropped the canister right so close to the ship (I’ve ringed it in the photo) that “searching” for it was hardly necessary!

When Cumulus returned to Rotterdam ship docked in a prime location near one of the ventilation buildings for the tunnel under the Maas. The University of Southampton had arranged a lorry to transport our Lo-Cate system and other oceanographic gear back to the UK via the huge Rotterdam “Europoort”. Although containerisation was just beginning to be widely introduced, in 1970 most international trade relied on sealed “TIR” trucks. When we arrived with valuable equipment on a flatbed lorry with only a tarpaulin over it all it caused some consternation. It didn’t help that the inadequate paper work that we possessed had got wet with sea water at some point! When we finally boarded for Felixstowe the customs official asked us “please don’t come through Europoort again”!

Photo Gallery: the end of the trip…