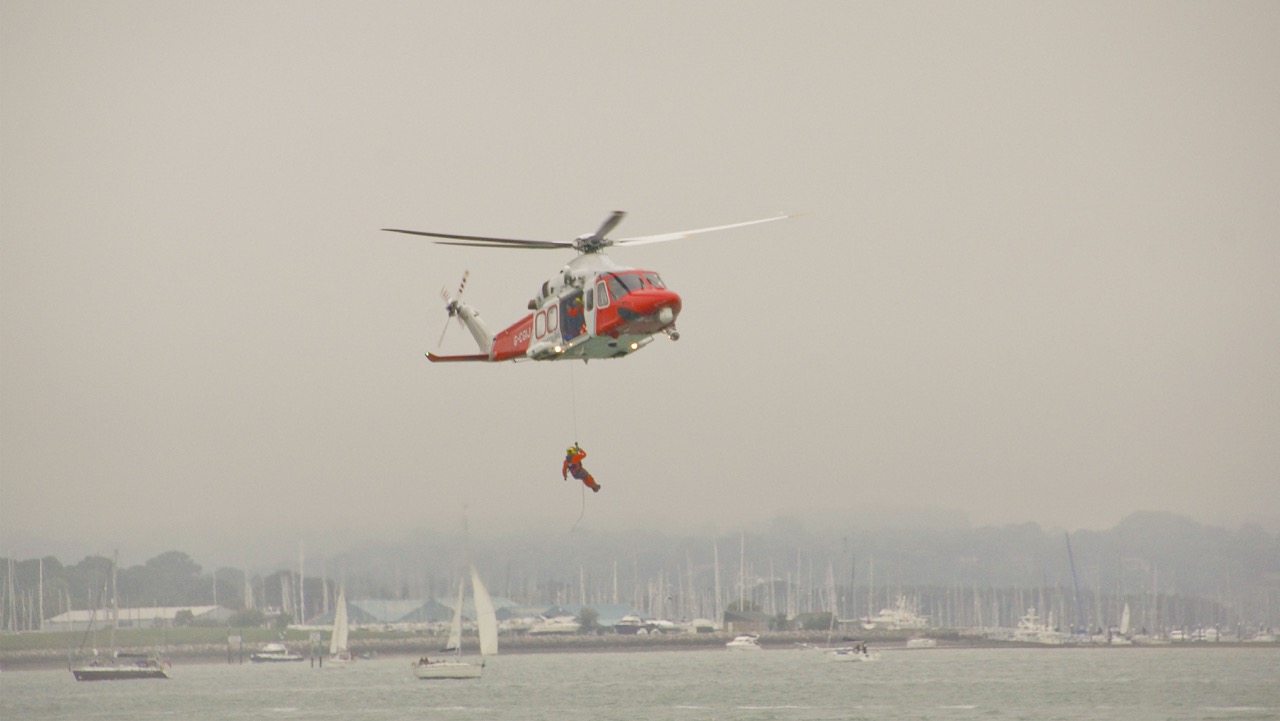 (Watch-keepers are identified by initials, the index to people is password protected)

Sunday 10th July – Calshot Lifeboat Day – started wet with rain and drizzle. This cleared up by 11am when the event started but possibly cut down the number of people attending. First event was a helicopter demo with a crew member being lowered into the Atlantic 85 and then recovered again. 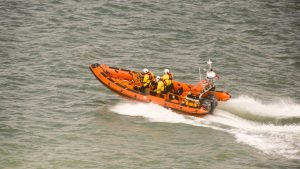 On going up the Tower, AB was voted watch leader and was to be kept busy! The first incidents started with a flare out near the “cricket stumps”. There looked to be a kite surfer in the water but there also appeared to be a yacht aground. I went to the balcony door and heard the PA say that the flare was not part of the open day and that the lifeboats were being launched. We heard a Red Funnel ferry radio about the flare and that someone “had been attacked”. The CG responded that the flare might be part of the lifeboat day. Meanwhile 3 jet skis had gone to the kite surfer in the water and were waving their arms as a distress signal. The D class ILB went to the kite surfer and eventually brought him back to the slipway where he walked ashore with support from too lifeboat crew. Meanwhile the Atlantic towed the yacht off Calshot Spit. A bit later ID, who had been attending the open day, came up the tower and told us that there had been a knife attack and that the Police were likely to be involved. Our role had been to observe and for AB to give the CG a commentary on what was happening! 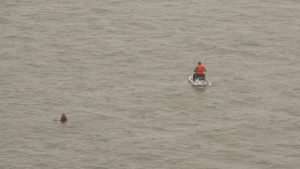 While ID was in the tower, and with the lifeboats back ashore and on display, the people on a jet ski we had been watching ended in the water near the mooring off the Calshot jetty. One then started to swim ashore with a green petrol tank but he was making slow progress. ID phoned down to the lifeboat shed and AB contacted the CG. The ILB prepared to launch but the person on the jet ski managed to start its motor and returned to shore picking up the swimmer. 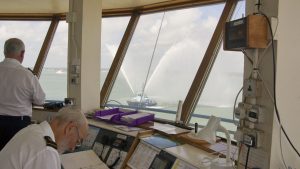 With AB busy writing up the three incident reports I took over as watch leader. PF then reported that there was a wind surfer out near the shipping channel struggling to get back on his board. The person then stopped attempting to do so. I decided to phone the CG since the position was potentially in the Red Jet path. Of course, as soon as I’d done that the wind surfer managed to get up on the board, as did another who had apparently been close by. I phoned the CG again to report all was now well. However the CG still called out Calshot LB. The latter called us on ch.0 and I was able to confirm that the wind surfers were now ashore and OK, whereupon the LB stood down. My guess is that one wind surfer was tiring and that the other had stayed with him/her while they had a rest before managing to come back to shore. Indeed, one of the two later went back out while the other stayed ashore. Four incidents in one watch!