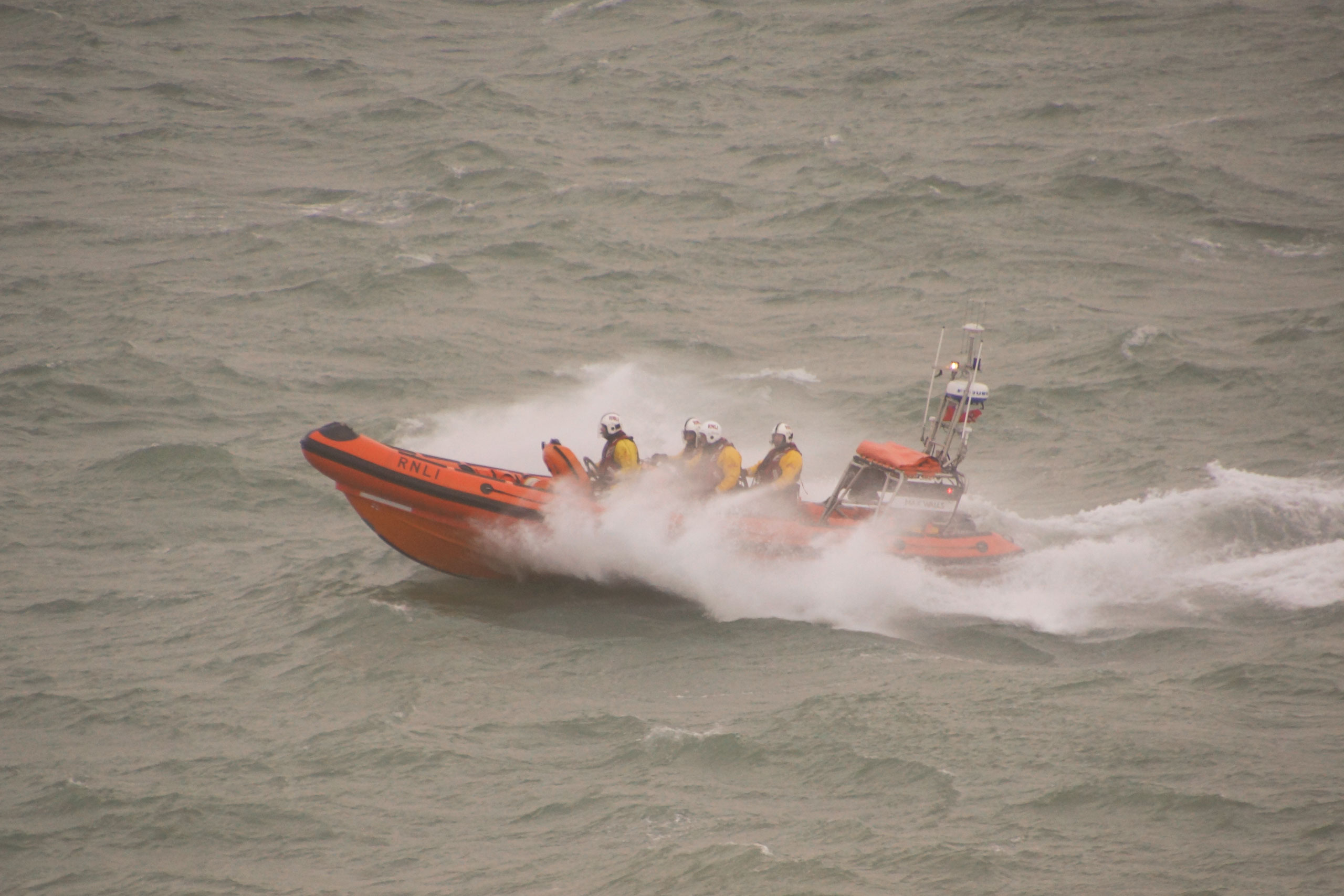 They mentioned Beaufort force 11 in the local inshore forecast this morning, although looking at the chart it seemed unlikely. Fortunately it didn’t materialise but, all the same, it was windy enough on Sunday (10th December 2017), with gale force 8 winds much of the morning and Calshot Tower was swaying in the wind!

However, when the morning watch arrived they found that the last wind speed recorded from Calshot Light Float was only 3kts! For some time now the wind direction from the light float has been wrong, and they concluded that the wind speed now also was not working.

In fact the plot shows that the wind had indeed dropped for a very brief period before the start of the watch – as confirmed by the Bramble Met Post winds. This coincided with the wind direction at Bramble changing from around SE to WSW where it remained until noon. It then shifted to WNW and the wind speed started to decrease. The low wind speed recorded by the light float prior to the start of the watch was correct after all.

Conditions were still rough at 1230 when the Calshot Lifeboat returned from their morning exercise, as confirmed by the photos. Also shown is the pressure recorded by Peter Brown’s barograph in the north of Sourhampton, together with the hourly pressures from my jetty (blue) and the pressure from Bramble Met Post (red). Which is more accurate and why the differences I don’t know. However it’s clear that the pressure fell very rapidly that morning! 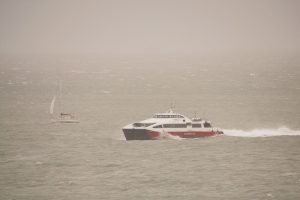 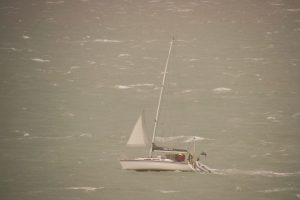 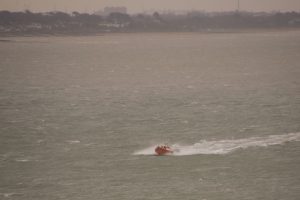 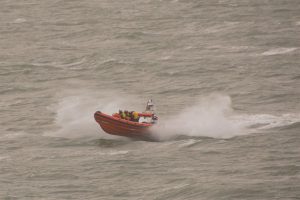 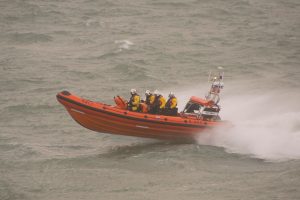 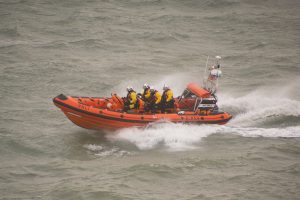 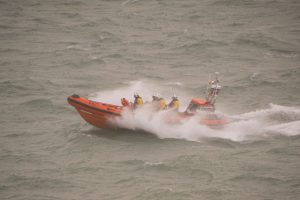 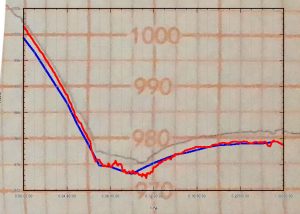