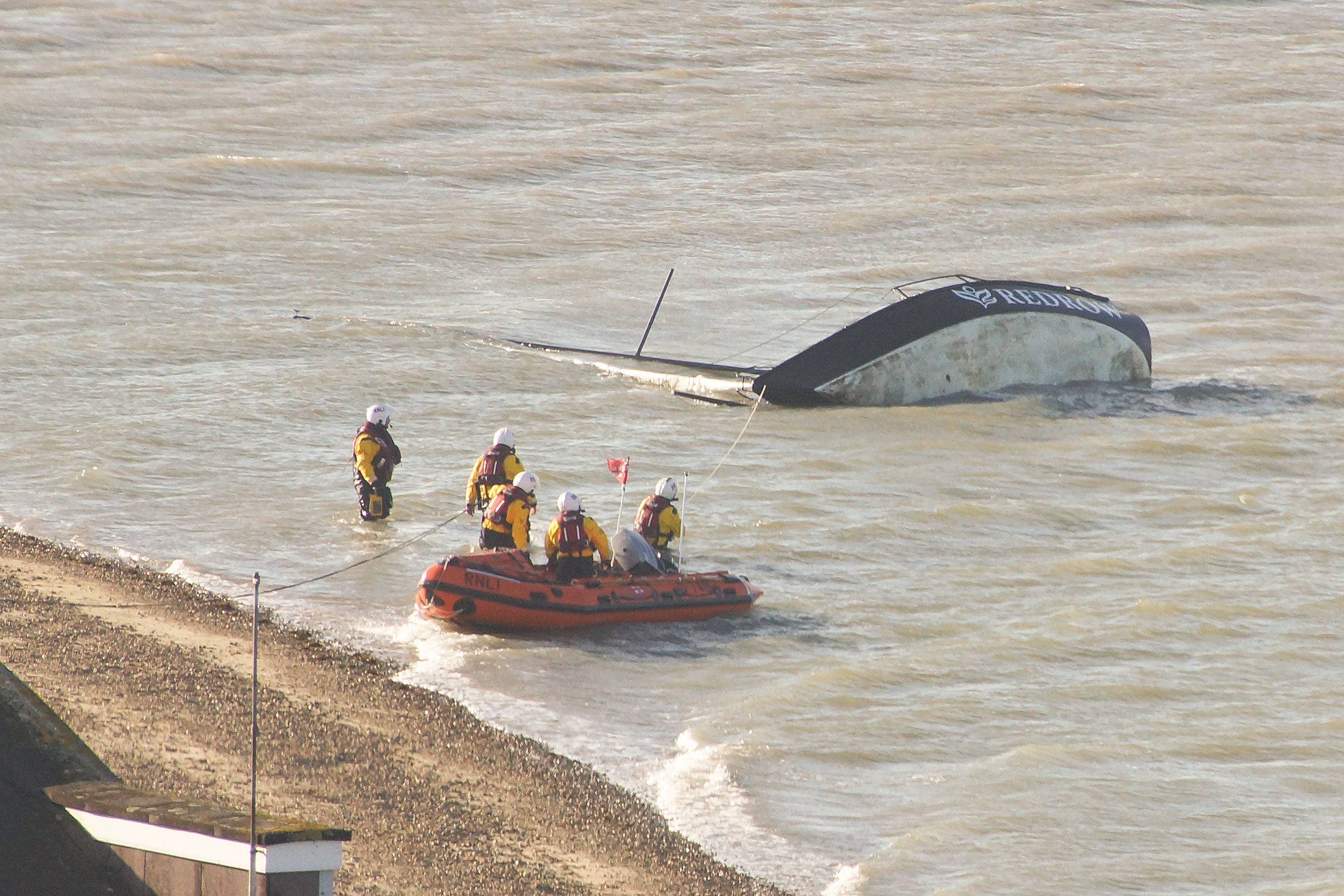 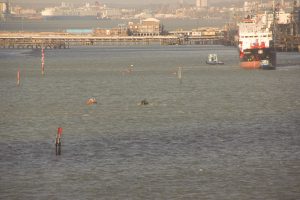 The Calshot IRB standing off the capsized yacht.

We had an incident during the 11am to 2pm watch. The winds were force 6, gusting 7, from ENE resulting in a rough looking sea at Calshot. A racing dayboat which I have since learnt to be an Ultimate 20 came out of the Hamble. The mainsail was reefed but, given the conditions and when they hoisted their asymmetric, I judged it to be vulnerable and said I would keep an eye on it. However they completed a reach across to the Ashlett side and, with spinnaker furled, started beating across towards the Warsash side. I momentarily turned away and (to the amusement of the other watchkeepers) it was in that moment that it capsized. 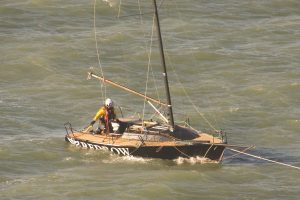 The recovered yacht being towed to a mooring

The yacht turned turtle and the four people on board climbed onto the hull. A (relatively) small tanker was inbound for the Fawley jetties and two of the smaller tugs/mooring launches (Ibex and, possibly, Asterix) were on the way to meet it. As we contacted the Coastguard, Ibex proceeded to the upturned yacht and took the crew off. HMCG tasked the Calshot Lifeboat (on exercise in Stanswood Bay) and the inshore rescue boat to recover the yacht. The Hamble Lifeboat was tasked to recover the crew from the Ibex and bring them back to the Calshot boat house for assessment.

The yacht was recovered to the beach at Calshot Spit where the cabin/cuddy was pumped out then it was put on one of the Calshot Association moorings. There had been a request from the Boathouse to take photos of the event and I mainly used the Calshot NCI camera for those. The photos on this page were taken with my own camera; a selection of all the photos taken is available here.