15th April: BC23 and Wayfarers at Calshot

Sunday 15th April was a grey day and the passage of an occluded front brought wind squalls and rain. On the 12-16 watch in Calshot Tower I was scanning the racing fleets through the large binoculars when I noticed a Swallow Yachts BC23 approaching from the south. A short time later a fleet of 13 Wayfarers appeared out of the mist .

It turned out that the BC23 was completing it’s maiden trip to the isle of Wight. After the Wayfarers had landed,  the BC23 demonstrated how it is possible to recover your boat without immersing the road trailer in the sea – something we rarely observe from the Tower. Here are some photos. 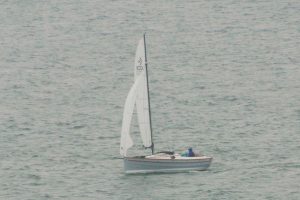 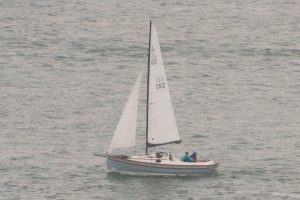 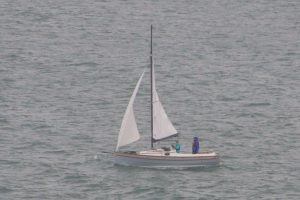 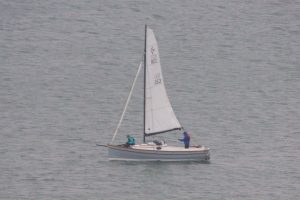 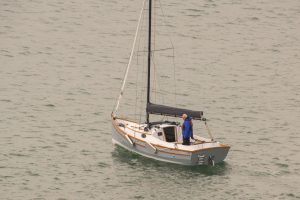 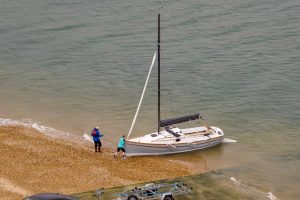 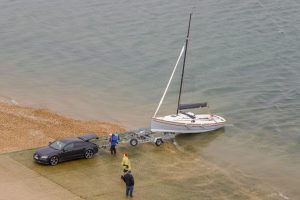 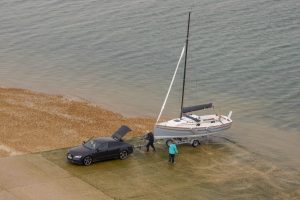 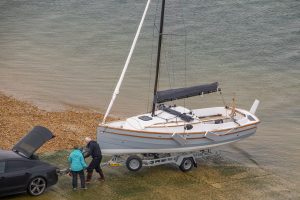 One of the wayfarers carried sail number 247 which would imply it was built in the 1950’s or early 1960’s. Certainly she looked a fine wooded boat. Here are the photos: 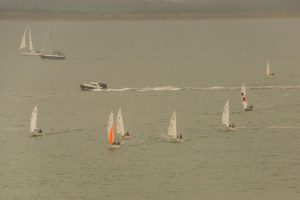 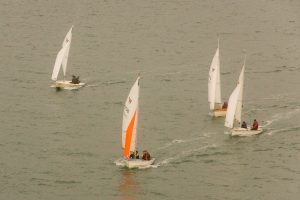 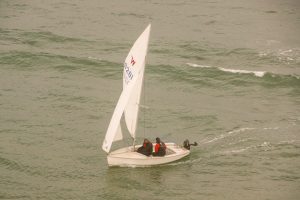 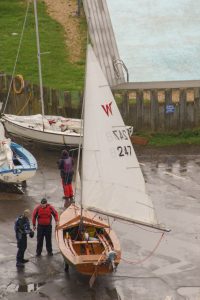 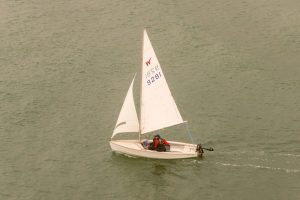 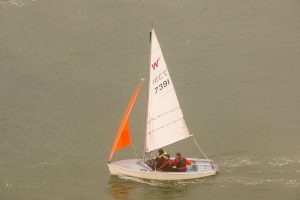 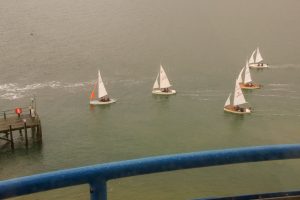 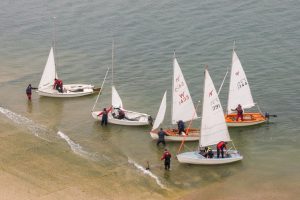 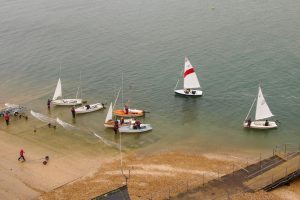 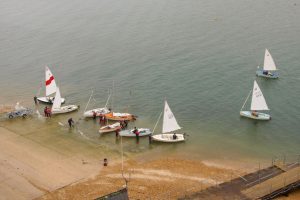