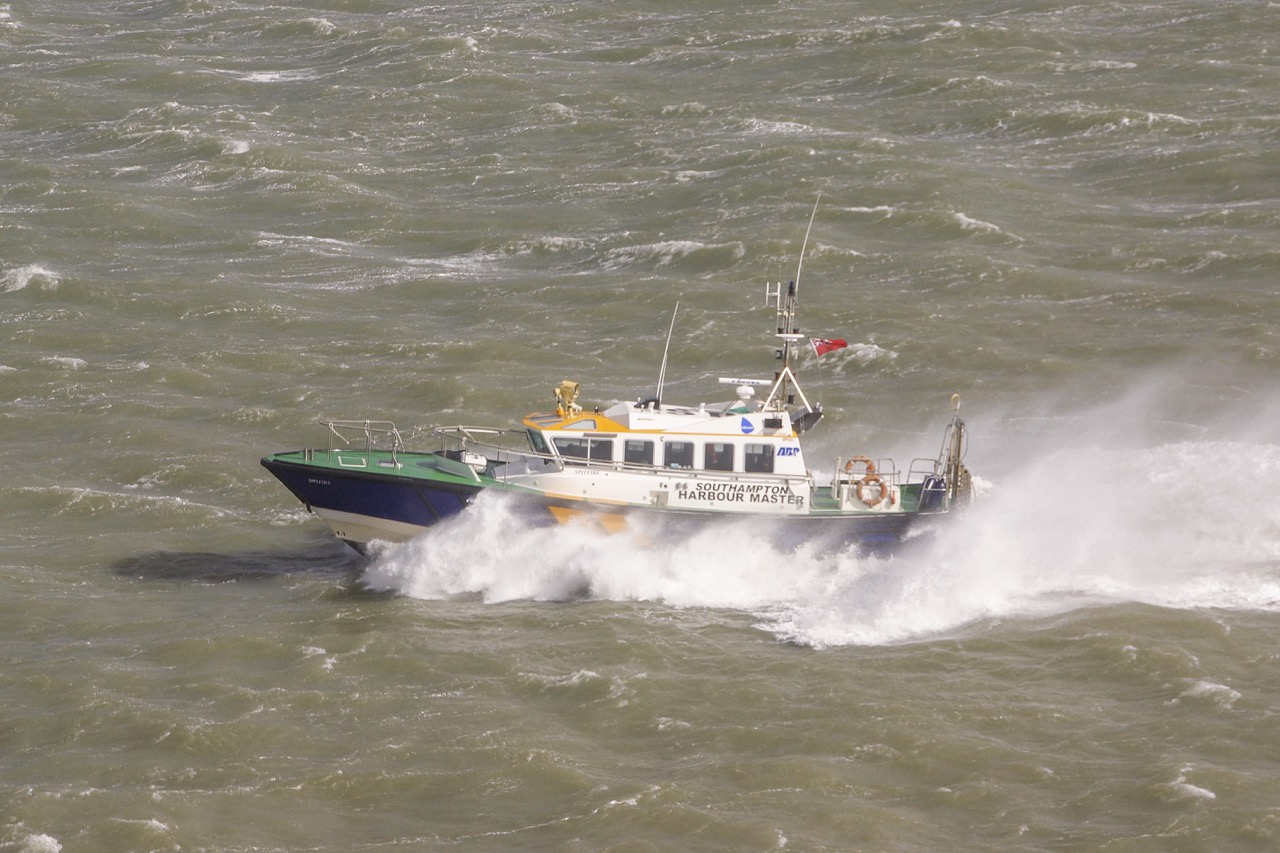 I’ve been concerned that Watchkeepers are often under-estimating the Sea State in the hourly met reports. This concern was brought to a head on Sunday 14th April when someone had placed a notice in the Tower advocating the use of the jetty steps to determine the height of the waves.

It struck me that, if the waves at Calshot are “fetch limited” and the fetch is defined geographically, then it is possible to calculate how large the waves would be for a given wind. The only question would be had the wind been blowing long enough for them to develop (otherwise they would be “duration limited”) and was the water deep enough for them to be “deep water waves”. In oceanographic terms, “deep water” is related to the wave length of the waves so small, short waves can have deep water characteristics, even though the water is, in human terms, shallow!

I’ve spent about a week writing a spreadsheet and using it to check that the waves at Calshot were, indeed, mostly expected to be fetch limited deep water waves. I then used it to create a diagram giving a guide to Sea State at Calshot as a function of the wind observation. here is my present version. 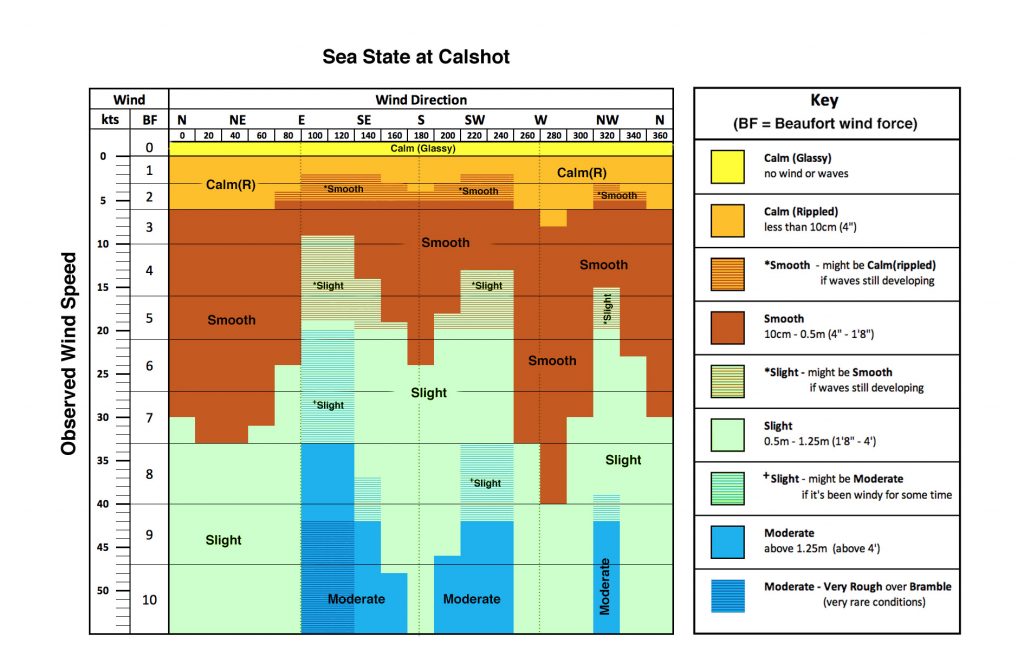 I must emphasise that this diagram only applies at Calshot. Furthermore, it would be impossible to construct a similar diagram for an NCI Station which looks out over the open sea, Hengistbury Head for example.

The diagram predicts that, for winds at the top of force 8 or force 9 from the NW, i.e. blowing down Southampton Water, the Sea State might reach “Moderate”. Such a case is shown in the top photo taken on the 10th March 2019. The life-rings on SP are 30″ in diameter so the trough to peak height would need to be just over 1.5 life-rings for the waves to be 4′ (1.25m). From the photo that looks possible.

I’ve written a  document describing the development of the Sea State guide for Calshot. It is also available in the private pages of the official Calshot web site (logged in watchkeepers can find it under “Station General Info (internal) > Watchkeeper Handbook and other documents”.