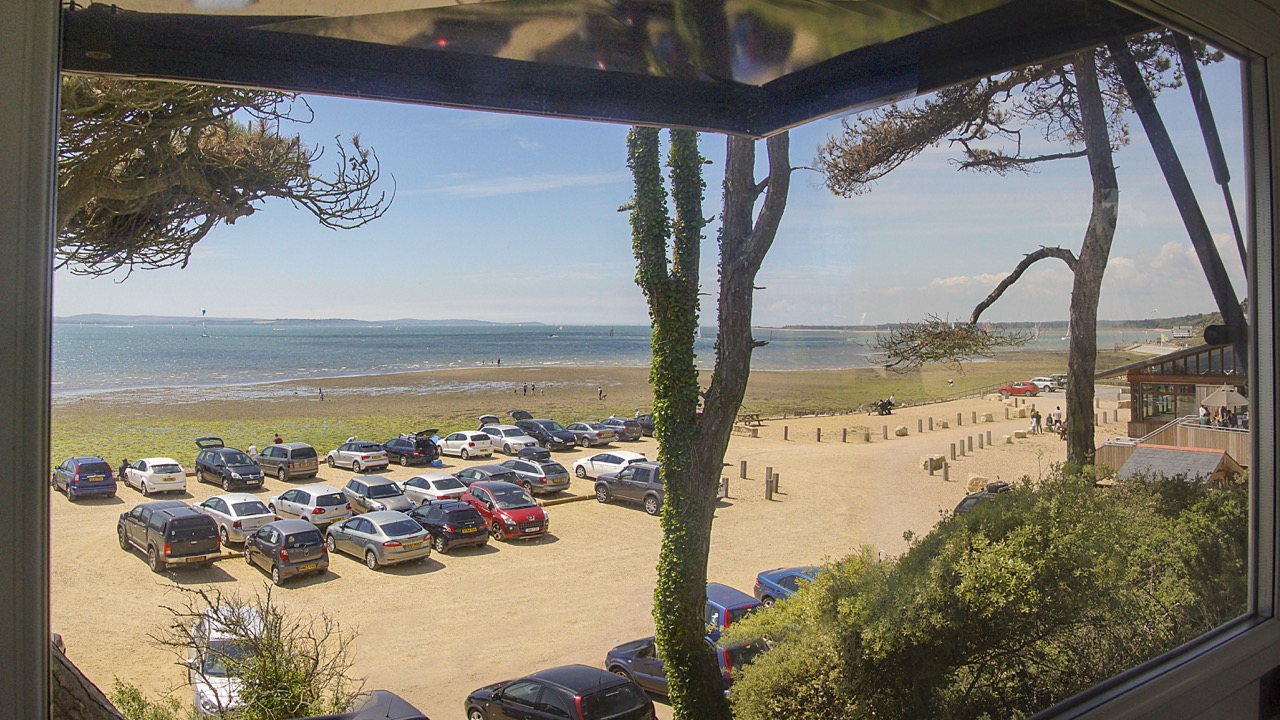 NCI Calshot Tower had been considering setting up a satellite station in Lepe Country Park for some time. Then, it appears that the Country Park administration contacted NCI and suddenly a portable NCI unit was made available, a site was selected, and “NCI Stone Point” was going ahead! At the end of May I was waiting for the Tiller Pilot to be repaired and, keen that the new NCI site be established, I decided to devote some time and effort to it.

Lepe Country Park is a beautiful coastal area situated near the entrance channel to the Beaulieu River, encompassing Stone Point and Stansore Point, and containing historic remains of World War II preparations for the D-Day landings. Indeed it was the latter which made the establishment of NCI Stone Point a matter of urgency since on the 1st and 2nd of June the 75th anniversary of the D-Day landings was to be commemorated at Lepe. I was on duty on the 1st June when the re-enactments included a German Army Command Post and Medical unit as well as a couple performing 1940’s style dancing.

The main marine hazards near Lepe are the very strong, near-shore currents at Stansore Point and Lepe Spit, and the possibility of grounding particularly at Lepe Spit and Beaulieu River Spit. The strong currents occur because the distance from the mainland across to the Isle of Wight is narrower than elsewhere in the Solent. At both Lepe Spit and Stansore Point strong currents exist right up to the beach. To illustrate this I created a video showing the variation of currents during a tidal cycle based on a computer simulation.

It is because the Solent is narrow at Lepe that various pipelines and cables cross to the Isle of Wight in this area. As a result, anchoring and trawling are prohibited in this part of the Solent.

Towards Stansore Point a path from the local camp site leads down to the beach. There are more markers for pipelines and cables, and there are also the remains of the D-Day preparations. Lepe was one of the construction sites for the huge concrete “Phoenix” caissons which formed part of the Mulberry Harbours. Six were built at Lepe along the Stanswood Bay beach front and the area was also used as an embarkation point for troops, vehicles and supplies. Stansore Point is the only part of Lepe Country Park which is visible from Calshot Tower.