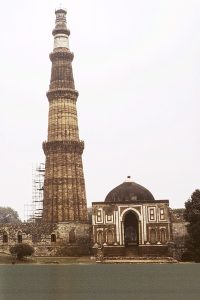 The Qutub Minar complex of monuments are some distance to the south of New Delhi so I think we must have visited them during a city tour on the afternoon of Friday 7th February. our first full day in Delhi.

It is a UNESCO World Heritage site with the most striking monument being the Qutub Minar itself, a minaret constructed in about 1200 AD. The ruins of the adjoining Mosque include pillars constructed from older Hindu and Jain temples. These were originally plastered over to hide the carvings (Wikipedia). 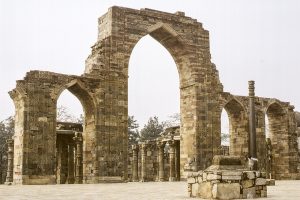 An oddity on the site is the Iron Pillar which dates back to about 400 AD and which does not rust. In my photo someone is hugging it but in more recent photos there is a fence around it! 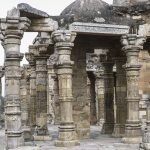 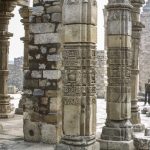 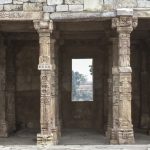 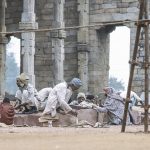 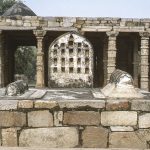 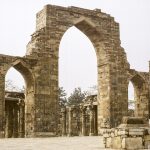 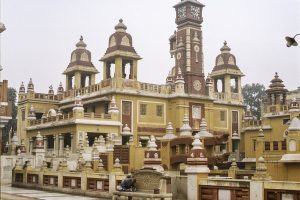 The Laxminarayan Temple or Birla Mandir is a Hindu Temple in Delhi built from 1933 to 1939 and inaugurated by Mahatma Gandhi. I had trouble identifying it from  the photos we took. Modern photos show it to be even more colourful so I think it must have undergone renovation in the intervening years.

The person doing the flowers drew our attention because of the care and devotion with which he was doing the work. 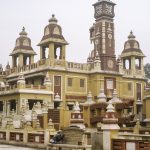 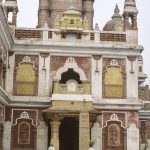 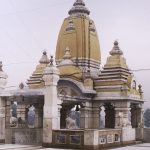 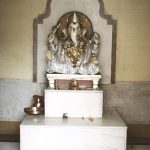 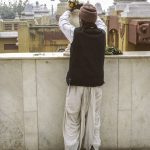 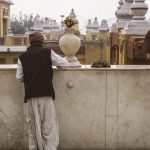