BC Rail to Lillooet 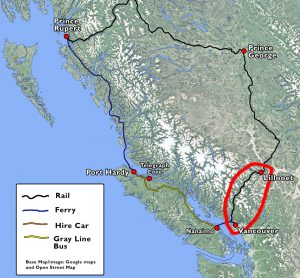 I had discovered that it was possible to go by train from Vancouver to Prince Rupert, which is on the coast some 466 miles northwest of Vancouver, and then take the BC Ferries service south through the Inside Passage to Port Hardy on Vancouver Island. It sounded an interesting trip and, while I was in the meeting, Zoe made the necessary bookings.

The first stage was to take the BC Rail service to Lillooet. As we boarded at the North Vancouver BC Rail station I heard an american (I think) passenger exclaim with some surprise that the inside of a train was not that different from being in a passenger plane… he was clearly more familiar with the latter! 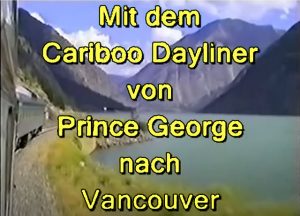 The photos suffer from being taken through the windows of a moving train but they give a feel for a journey which can no longer be made since BC Rail ceased passenger services in 2002. A video on YouTube of the reverse journey, Prince George to Vancouver, shows more of the route with some of the footage taken from the cab of the train. 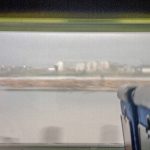 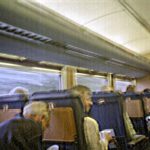 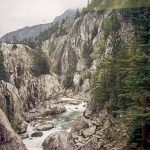 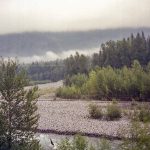 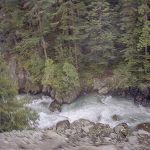 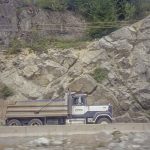 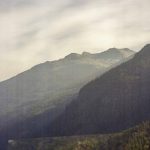 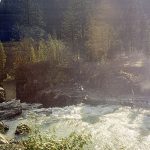 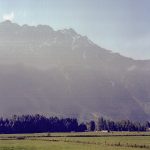 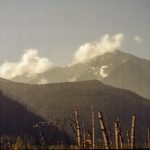 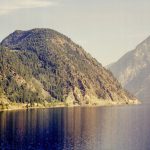 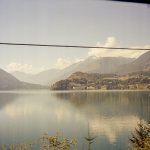 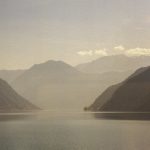 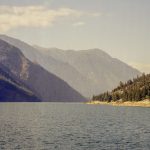 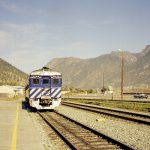 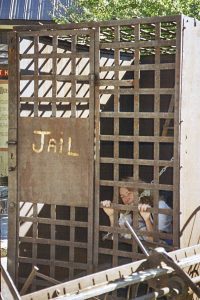 According to Wikipedia, Lillooet is one of the main population centres of the Stʼatʼimc (Lillooet Nation) and possibly one of the oldest continuously inhabited locations on the continent. The attraction to native peoples was the confluence of several main streams with the Fraser River and also because of a rock-shelf which is an obstacle to migrating salmon.

We stayed overnight at the “4 Pines” motel before catching the continuation of the BC Rail service to Prince George. The latter service did not run everyday and it must have departed Lillooet fairly early in the day, since I bought an extra alarm clock to make sure we didn’t over sleep and miss it.  I had visions of us being stuck in Lillooet and having a struggle to get back to Vancouver in order to fly home! 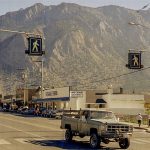 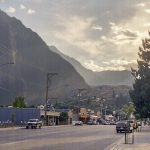 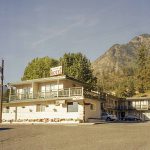 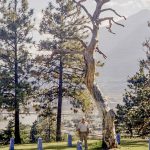 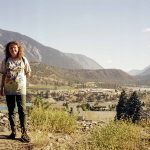 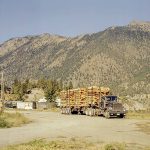 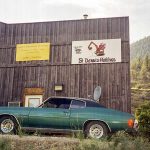 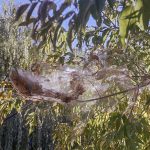