Beaver Cove, Port Hardy, and back to Vancouver 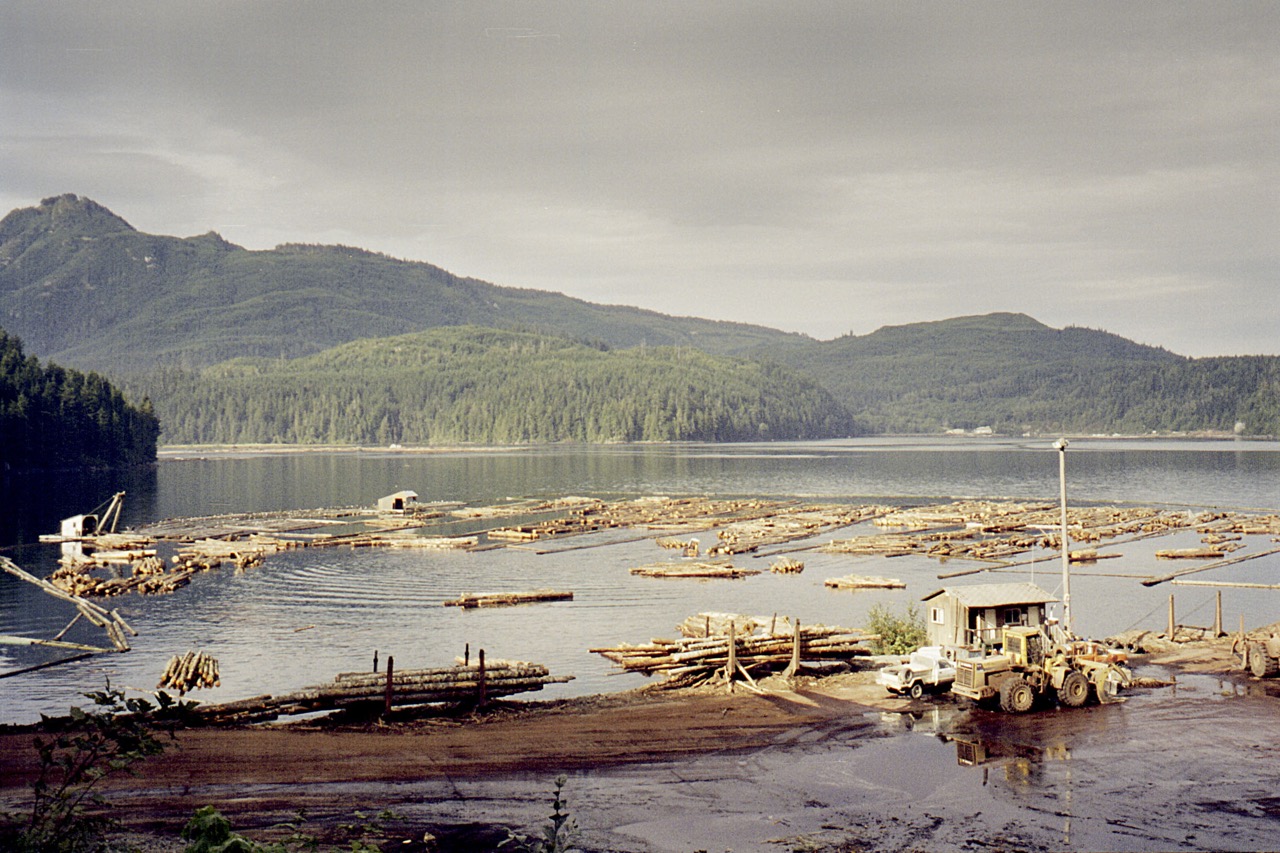 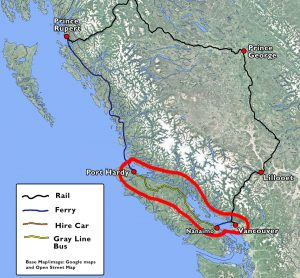 After spending the night at Telegraph Cove we needed to drive back to Port Hardy to drop off the rental car and catch the bus south, and hence the ferry to Vancouver.

On the same ocean inlet as Telegraph Cove was Beaver Cove, where we paused to look at the logging operations. I’d seen timber operations in Washington State, Beaver Cove was smaller but still impressive. According to Wikipedia Beaver Cove was the terminus of a logging railroad. Now the logs come by truck to be towed across the straits to saw mills on the mainland.

Back at Port Hardy we had a short time to look around before catching the bus to Nanaimo. The Carrot sculpture marks the end of the campaign for a highway to the north end of Vancouver Island. Surprisingly it wasn’t until 1979 that Port Hardy was connected by road to the rest of the island by the highway which we now travelled south to Nanaimo.

The ferry back to Vancouver marked the end of our Canadian adventure. It was the only time I’d done a long journey in North America by public transport rather than plane or car. At the time it felt like we had seen lots of trees, whereas the photos now show that we’d been amongst impressive scenery. The Pacific Northwest is not renowned for clear skies and much of the time the views were shrouded from our sight. However I’m glad we did it, and it was something which one can no longer undertake since the closing of the BC Rail passenger services.

In Vancouver we were back in the Wall Centre Hotel and experienced a night with the tower swaying in high winds before flying back to the UK.

Photo Gallery: Port Hardy, and back to Vancouver…